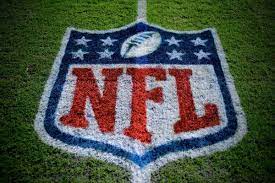 The first year of Jaguars coach Urban Meyer and franchise quarterback Trevor Lawrence got a boost on Wednesday.

The Jaguars received a favorable schedule.

The NFL announced the schedule and there were more positives than negatives for the Jaguars, as Meyer and Lawrence try to turn around a 1-15 team.

I see a schedule that can lead to a 9-8 season. An eight-win improvement would be monumental.

Here are my takeaways.

*The start is incredibly favorable: at Houston, vs. Denver, vs. Arizona and at Cincinnati (Thursday night). That will be huge for a young and inexperienced group trying to find its way. The Texans might be the worst team in the NFL this fall without star quarterback Deshaun Watson. First-year defensive coordinator Joe Cullen will likely face Tyrod Taylor and Teddy Bridgewater in his first two games. That should greatly help the Jaguars defense. The Jaguars have to start 3-1.

*The bye is early, but that might be a good thing. The Jaguars have a Week 7 bye, only four teams have an earlier bye. Still, I think that helps Meyer. He can see his team play six games, have a bye to self-scout and then get ready for a grind of 11 games in 11 weeks. The Jaguars need to split games at home against Tennessee and against Miami on London to get to the break at 4-2. The Colts don’t get their bye until Week 14 and the Titans don’t get theirs until Week 13. I’d rather the Jaguars be on the early side than have a bye that late in the season.

*The toughest portion of the schedule comes after the bye: at Seattle, vs. Buffalo and at Indianapolis. The Colts will have extra rest because they play on Thursday the prior week. This will likely be three consecutive losses coming out of the bye barring a major injury advantage for the Jaguars. That would take the Jaguars from 4-2 to 4-5.

*There’s more cold than normal. The Jaguars usually have one road game that is cold. There will definitely be two this season. The Jaguars travel to the Jets on Dec. 26 and play at New England the following week. They need to split those games.

*The rest factor is even. The Jaguars have one team (Tennessee on Dec. 12) that will have had their bye the week prior. The Colts play a Thursday game before the first meeting on Nov. 14, so they will have extra rest but will be playing their 10th game in 10 weeks. Atlanta will have extra rest prior to the Nov. 28 contest, having played on Thursday night the week before. Two teams, Seattle and San Francisco, play a Monday Night Football game prior to facing the Jaguars. That will be a significant edge for the Jaguars in both cases. They have a bye before the Seattle game. The 49ers will be on a short week and making a long road trip.

Here’s the schedule with how I believe the games will go.