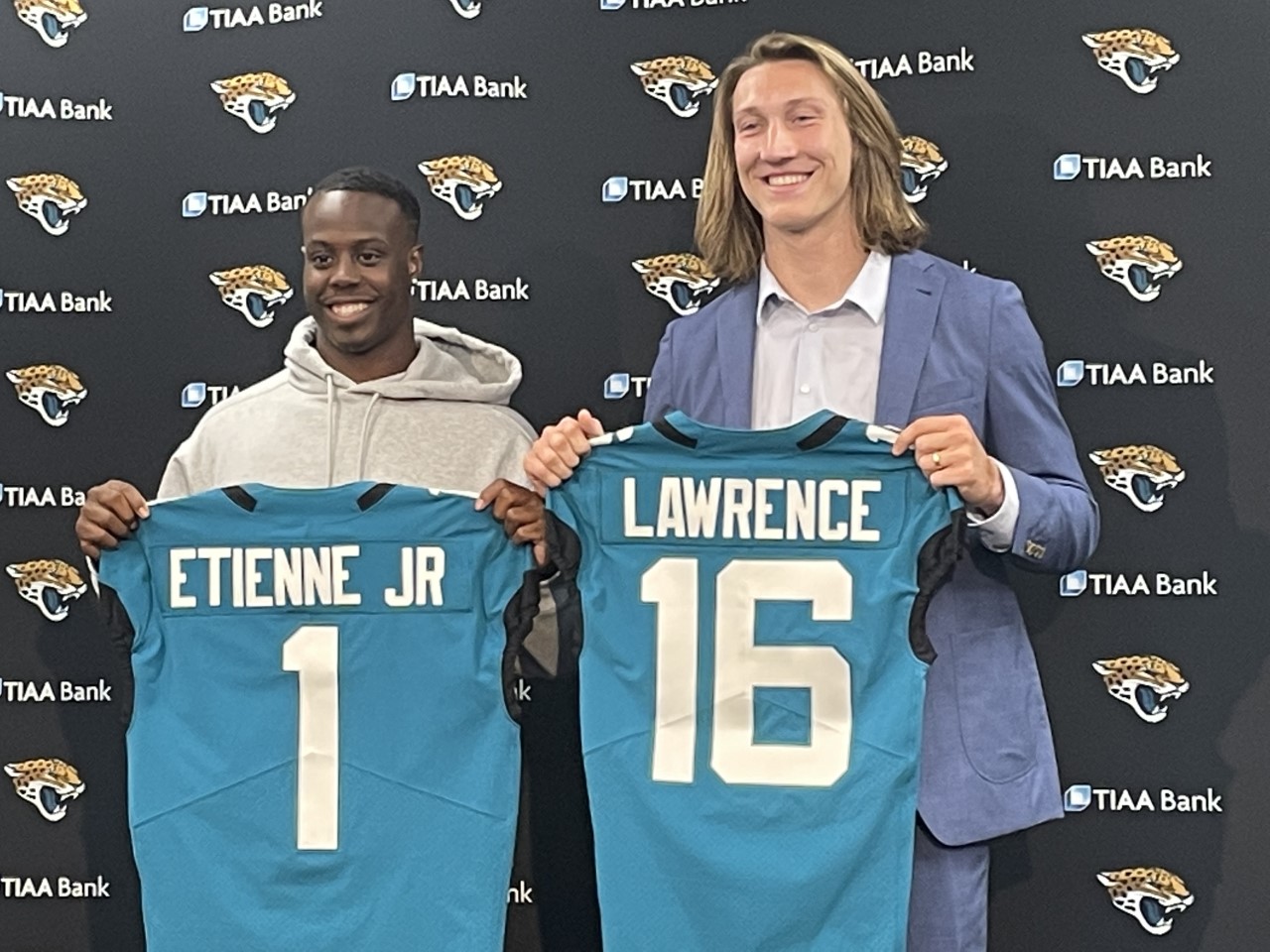 A new era of explosive Jaguars offense was launched Thursday night when first-year coach Urban Meyer selected two Clemson phenoms in the first round of the NFL Draft: generational quarterback Trevor Lawrence at No. 1 and dynamo running back Travis Etienne at No. 25.

He did that Thursday.

“With the offense of Jacksonville last year, just the lack of big play,” Meyer said. “I’ve just always had a very strong belief in speed. … This is a multi-dimensional back. We feel that the idea of offense is to create match-up nightmares. I’ve had some good fortune over the years to have a guy that can do both, flex out. He’s as good outside as a receiver as he is as a running back. So, he’s a high-end character guy that has elite speed.”

Lawrence loves the Etienne pick. That’s all I need to hear. If he’s happy, I’m happy.

The Jaguars defense still is in good position to receive needed upgrades in Friday’s second and third round with picks 33, 45 and 65.

Is that what I would’ve done? No, but I understand why Meyer made the decision.

Etienne will be lethal in his offense and the familiarity he has with Lawrence (and vice versa) is a massive plus.

Etienne is today’s NFL back. He is just as explosive as a receiver as he is a runner. That’s saying something considering he’s the ACC’s all-time leading rusher with 4,952 yards, with a glittering 7.2-yard average and 70 touchdowns. Etienne, who ran a 4.44-second 40-yard dash at his pro day, also caught 102 passes for 1,155 yards and eight scores.

I’m sick of seeing the Jaguars headed to halftime with single digits on the scoreboard. The arrival of Lawrence alone probably ends that. However, if Etienne is even close to New Orleans star Alvin Kamara those days will certainly be over.

Meyer might have to stomach 17 games with a suspect defense, but he obviously isn’t going to tolerate that on the offensive side.

The Jaguars now have Lawrence at quarterback, Etienne and 1,000-yard rusher James Robinson in the backfield with DJ Chark, Marvin Jones and Laviska Shenault at receiver with an offensive line that returns all five starters.

That should be potent immediately.

The Jaguars should be fun to watch on offense.

We haven’t experienced that much in the last decade.