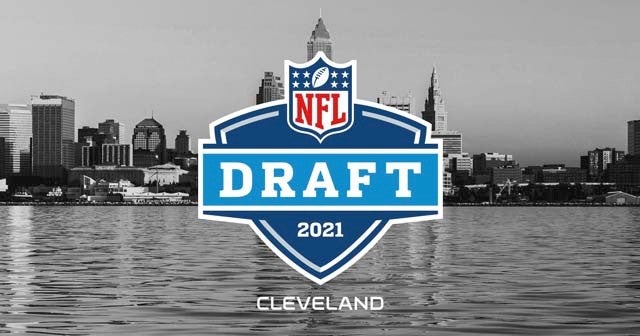 First-year Jaguars coach Urban Meyer has been spectacularly open in his press conferences this offseason.

He might have been his most candid on Wednesday during the team’s pre-draft meeting with reporters.

Meyer, who won three national championships in college, spoke about the traditional conflict every NFL decision maker must wrestle with when it comes to drafting: need vs. value.

Meyer will be leading his first war room when the draft begins April 29. His uneasiness about prioritizing value over need was evident as he spoke alongside Jaguars general manager Trent Baalke. Meyer mentioned how Baalke and his three coordinators, all with NFL experience, have tried to steer him away from the need philosophy.

“As a coach, I find myself always looking at need and that’s where you have to be cautious, you start chasing players,” Meyer said. “The whole idea of value is completely new to me. … I’m a quick learner. I’ve been working at this now for about three months and the last three to four weeks, this has been our entire life in that room watching video, stacking the board. So, trusting the board is key. I’m at the point almost there that I will trust it, but as a coach, I can see where [you can say], ‘We need this, we need this, and we need this’ and that’s where you get yourself in trouble.”

Don’t listen to these guys.

This is a need draft for the Jaguars.

You get that. You feel that and you’re the boss.

This is a need draft for you because you are building an identity as you remake a franchise that has largely stunk on the field for a decade.

That identity is clear: great quarterback play (solved with Trevor Lawrence at No. 1), great defensive line play and elite speed.

After selecting Lawrence, the defensive front and perimeter speed on offense should be the sole focus of picks 25, 33 and 45.

Build the Jaguars the way you want. Not by how the first 24 picks went.

Unless a scenario unfolds where a player mocked in the top 15 by everyone is somehow there at 25, the focus should be on the defensive front or a speedy offensive weapon.

Meyer has spoken multiple times about his desire to build an elite defensive line. You don’t do that through free agency. You don’t do it with mid-to-late round picks.

You build an elite defensive line through premium draft picks.

“It’s obviously, ‘How good is your team? How good is your defensive line?’” Meyer said. “That’s the first answer. We have some really solid pieces right now that we even believe will play better as they get a little more mature and we move on and the scheme fits some of our personnel. It’s not completely done yet.”

“The edge is a little deeper than the interior, but there are some really quality players on the inside as well,” Meyer said. “We addressed some of the needs on the defensive line in free agency. That was obviously a high need area for us. We’re not done yet.”

Your lieutenants are giving you sound advice, Urban.

Moving beyond 2021, you should start to move to more of a value philosophy.

But you’ve got to build an identity first.

Go get the players you need to do that now.

Go get players that can get after the opposing quarterback and create explosive plays on offense.