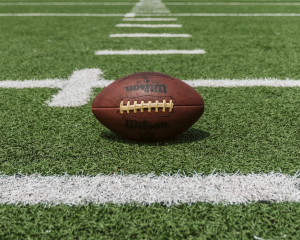 Jaguars have had some great handlers of the football.

Even though the Jacksonville Jaguars have only been a franchise since 1993, they’ve had some superstar players wearing their black and teal uniforms. They have had the likes of man-mountain Tony Boselli dominating the opposition and the lightning quick Jimmy Smith running the field in wide receiver.

One position that they have struggled as a franchise though for most of their inception has been quarterback. Hopefully not in the future though, as there are lots of rumors circling round that hopefully the Jaguars will have locked down the most exciting quarterback talent soon.

There have been some diamonds amongst the rough in the position though, and so here is a quick look at the greatest quarterbacks that have turned out for the Floridian team.

If it wasn’t for a raft of injuries, Bryon Leftwich could’ve been the number one quarterback to have played for the Jaguars. Instead, he’s up there in the top three and is one of the few who were able to say the team had a winning record with him calling the shots.

Leftwich signed with the Jaguars after being picked by them in the first round of the 2003 draft and stayed until 2006. Unfortunately, he was never able to play more than 14 games in a single season due to injuries, but when he did play, he helped deliver wins.

I think it’s safe to say that Mark Brunell is everyone’s pick for greatest quarterback to play for the Jaguars. He began playing for the team when they were still in their infancy, back in 1995, and stayed there until 2003. He quickly made himself at home and was instrumental in helping to build the franchise competitively and getting them to the AFC Championship final in 1999.

Brunell’s success on the field was reflected in his stats, where he had a 60.4% pass completion rate which totaled 25,698 yards and 144 touchdowns and only 86 interceptions. This came from his ability to not only read the field and adapt accordingly but also from his comprehension of the coach’s play charts to memorize where his teammates were going to run.

People underestimate how important it is across all fields to really learn how games could play out, whether it be a tennis player who has read up on which way his opponent likes to serve, or a poker player at a table with a great understanding of poker range charts.

David Garrard’s time as the Jaguars starting quarterback can be summed up in a single word, efficient. He was drafted by the club in the fourth round of the 2002 draft and had to wait until 2007 before he was trusted as the teams starter QB.

He showed that good things come to those who wait and went on to deliver an above 60% pass completion and never threw more than 15 interceptions in a season. It also helps that Garrard is a top guy off the field, and he continues to help out many children with his charity work.

It’s no wonder then that the fans took to Garrard and the feeling was mutual with Garrard choosing to sign back with the Jaguars on a one-day contract in 2015, so he could officially retire as a Jacksonville Jaguars player