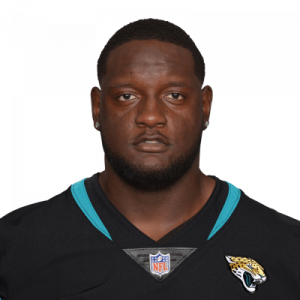 I believe in Cam Robinson.

The Jaguars should as well.

The window to place the franchise or transition tag on upcoming free agents begins Tuesday.

Robinson is clearly the most difficult free-agent decision first-year coach Urban Meyer faces as he begins to relaunch the franchise.

I would not tag Robinson, either with the franchise (average of top five salaries at the position) or transition (average of top 10 salaries). He has not played up to being franchise tagged and the difference between the two designations only saves the Jaguars a projected $1.5 million in salary-cap space. The transition tag is cheaper, but in the case of offensive linemen not by much. You also lose control of the negotiation because unlike the franchise tag, a player under the transition tag can speak with other teams. If the player reaches a deal with a new team, his old team can elect to match it.

The other problem I have with tagging Robinson is what if he plays well in 2021? Then, he has all the leverage moving forward. Tagging him basically resigns yourself to this probably being his last season here.

The Jaguars need to build a foundation for the future with Robinson.

He’s 25 years old with 50 career starts when you include the three playoff games after the 2017 season.

Robinson has also delt with ridiculous instability in his four years.

There’s nothing to indicate Robinson is going to break the bank with his contract.

Spotrac.com estimates Robinson’s contract should project to four years, $45.6 million for an average of $11.3 million a season.

The Jaguars should make this deal, as they sit on an NFL-high $79 million in cap space.

For comparison, San Francisco’s standout left tackle Trent Williams is projected to sign a four-year, $72-million deal, an average of $18 million per year. The 32-year-old Williams would certainly be attractive for the Jaguars, but he isn’t expected to get away from the 49ers. Even if he hits the market, Williams could be in ring-chase mode at this stage of his career which would hurt the 1-15 Jaguars.

Signing Robinson would allow the Jaguars to bring back their starting five along the offensive line with their returning position coach in George Warhop.

That’s the kind of stability you want when bringing in a rookie starting quarterback in Clemson phenom Trevor Lawrence with the No. 1 pick along with new offensive coordinator Darrell Bevell.

Meyer could still elect to take a left tackle with one of his remaining four picks in the first three rounds of the draft to push Robinson. That would make sense.

If Robinson doesn’t elevate his game this fall, the Jaguars could cut him next offseason. They’ve gotten out of the Bortles extension and Foles contract. They’d be able to stomach cutting Robinson after a year.

My bet is that Robinson develops under Meyer and improves.

I don’t like the idea of letting Robinson test the market and not knowing who Lawrence’s left tackle is going to be. If Robinson and his agent are willing to stay here, I would make it happen.

Robinson’s best football is still ahead of him.

Enter the new league year on March 17 without any glaring holes on the offensive line, knowing you still have over $65 million in cap space to continue to fortify the roster.