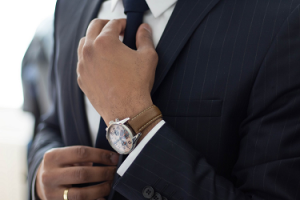 In 2011, Shahid Khan bought the Jacksonville Jaguars from then-majority stakeholder Wayne Weaver. The announcement brought a lot of questions, ranging from ‘who is Shahid Khan’ to ‘what can he do to elevate the Jags?’

Sports journalists flocked to make predictions about how Khan planned to take the team back to their glory days when they were making consecutive playoff appearances in the late 90s. Since Khan took the reins in 2011, there has been a single playoff run in 2017—which also came with an AFC South title.

But the main concern of every sports fan in Sacksonville is when the team will bring home a Lombardi Trophy. Recent news about Urban Meyer’s plans to bring on an elite staff has many fans hopeful. With Meyer as a head coach, it’s time for the Jaguars to overhaul their odds on more than one PA sportsbook in the coming season.

Should Meyer manage to recruit Trevor Lawrence in the upcoming Draft, there will be little stopping the Jaguars from turning into a Buckeyes-level winning machine. While many are wondering what’s taken Khan so long to contract a coach like Meyer, others are renewing their interest in the business tycoon.

Shahid Rafiq Khan, born in Lahore, Pakistan in 1950, is the face of the American Dream. At age 16, Khan headed stateside to study at the University of Illinois at Urbana-Champaign. A job washing dishes for $1.20 an hour turned into a job at an automatic manufacturing company, Flex-N-Gate. Two years later, he bought the company from his former employer.

From there, Flex-N-Gate, a manufacturer of personalized bumpers, took off after a lucrative contract with Toyota turned into exclusive production rights. By 1989, only nine years after Khan bought the owner out, the company was worth $17 million. By 2010, $2 billion. By 2020, nearly $9 billion.

Khan represents just one of the many successful business tycoons (or, more appropriately, billionaires) who recycle their wealth into national sports leagues. However, only two other NFL owners were born in other countries like Khan. The first is Kim Pegula of South Korea, owner of the Buffalo Bills, and the other is Zygi Wilf of Germany, who owns the Minnesota Vikings. 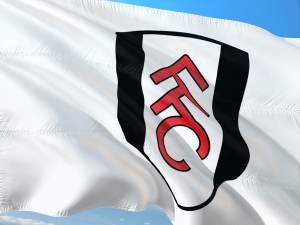 Khan’s 2011 purchase of the Jacksonville Jaguars was his first foray into the world of sports franchising. However, he isn’t just a board member of the NFL Foundation or the Jags owner. In 2013, Khan began negotiations with Mohamed Al-Fayed, owner of London’s Fulham FC of the Premier League.

The deal was finalized within months—though the exact price is estimated anywhere between £150 and £200 million (or $205 to $274 million).

Since then, Khan has also worked to overhaul the Fulham FC squad to get the team back into champion title shape. However, under Khan, there have already been five manager turnovers in the span of seven years.

The team has also faced relegation to the Premier League’s second-tier counterpart, the EFL Championship. However, it seems that Khan is keeping his eyes on the area, given recent announcements of his interest in buying Wembley Stadium.

Despite setbacks with Fulham in England, Khan began a third sports venture in 2019 called All Elite Wrestling. Based in the US, the wrestling promotion group signs on and trains top wrestling talent. Many pundits consider it the first worthy stab at the WWE in recent decades. So far, the group has seen broadcasting from networks like YouTube and TNT.