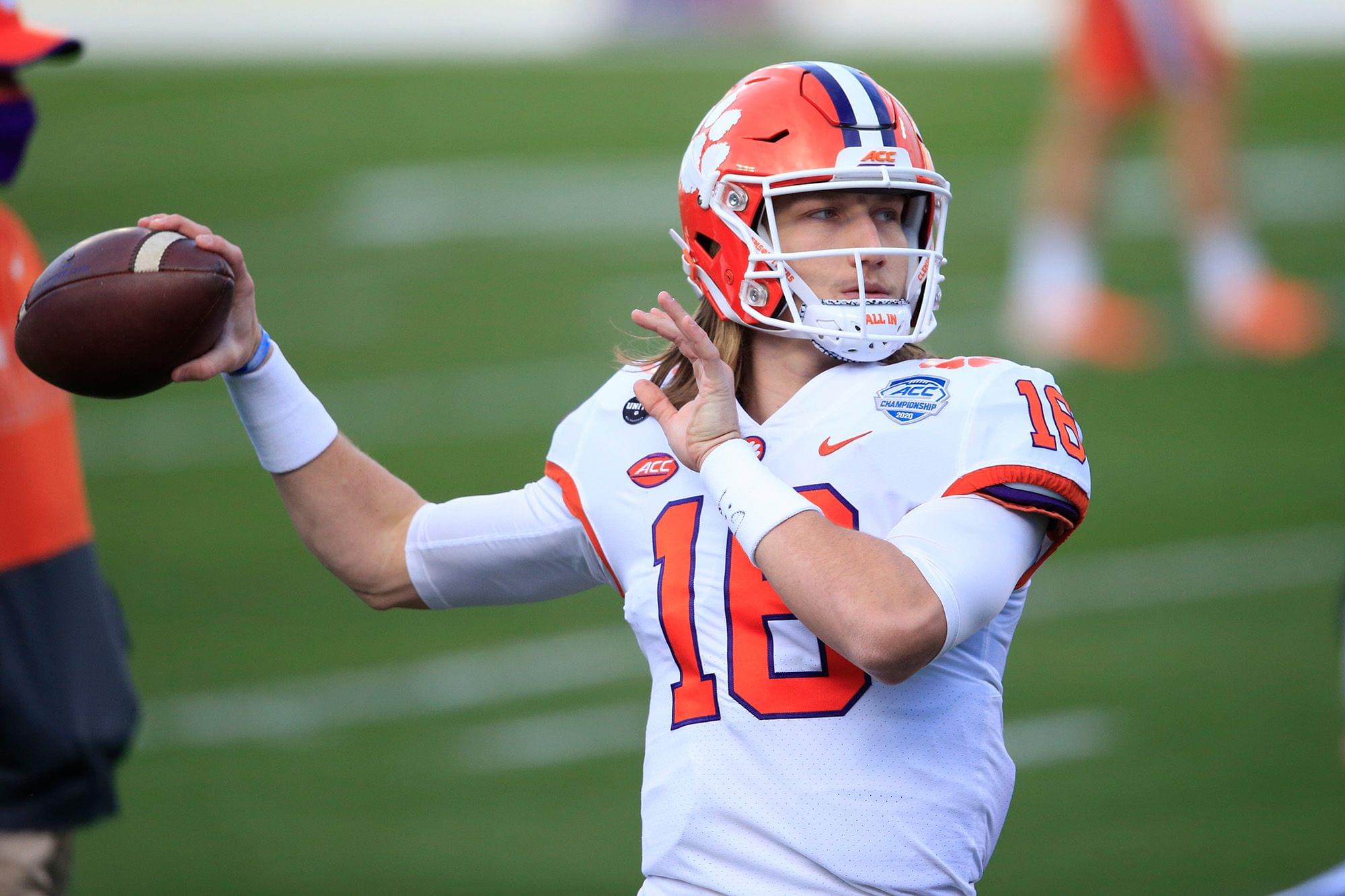 Trevor Lawrence is entering the NFL draft and a collective sigh of relief can be heard throughout northeast Florida.

The Clemson quarterback made the announcement yesterday and now one of the most interesting and exciting Jaguar off-seasons can officially begin.

Joey King, who is currently the tight ends coach at the University of South Florida, coached Trevor Lawrence at Carterville’s High School in Carterville, GA.

King recently joined “XL Primetime” on 1010XL to discuss when he knew he had something special with Lawrence.

“It didn’t take long, maybe the first time we saw him throw a pass,” King told 1010XL. “When I took the job it was the spring semester of his eighth-grade year, so my first year as head coach he was a freshman and we called him up to the varsity. It didn’t take long for us to see that he was going to be a special talent. He ended up winning the job over a junior that we had about three games into his freshman year of high school.”

King was asked how he feels Lawrence will handle all the pressure and expectations that will come upon his arrival to Jacksonville.

“He is going to handle being thrust into that situation just like he has handled every other situation in the past,” King said. “From being a freshman coming up through high school, to being the No.1 recruit in the country, to winning a national championship and being a Heisman finalist. The thing about Trevor that is super impressive to me is he is calm, cool and collected and a very humble young man

“Now, he is a competitor, make no mistake about it. The thing about Trevor is he will go into a situation, work as hard as he can and make that team around him the best that they can be. So I think he will definitely be excited about the opportunity and embrace it head on.”

King also talked about what makes Lawrence so good at the quarterback position.

“He’s the real deal in every category. From a football standpoint, he has got size, speed, he keeps plays alive with his feel, but he also does a tremendous job of keeping his eyes down field. He understands the game and he is they type of players that you tell him something once and he will remember that. I think the biggest attribute he has on the field is his accuracy to be able to throw from different angles and be able to make every throw on the field.

“Off the field he is a tremendous person, intelligent in the classroom and takes pride in everything that he does. I think he will be a great asset to the community in Jacksonville.”

Finally, King was asked about Lawrence only losing a handful of games in his football career and with the Jaguars in another rebuild, Lawrence will likely experience more losing in 2021 than he ever has before.

“He will handle it like he has handled everything else in his life. There’s not been a ton of adversity and that is to his credit. He will come in not with a loser’s mindset, but he will come in ready to take the reins of that team and lead them in the right direction. He will immediately make players around him better by the way that he approaches the game.

“He will have an immediate impact, but he knows results don’t define who he is as a person and I think that is special and something that not a lot of people have.”