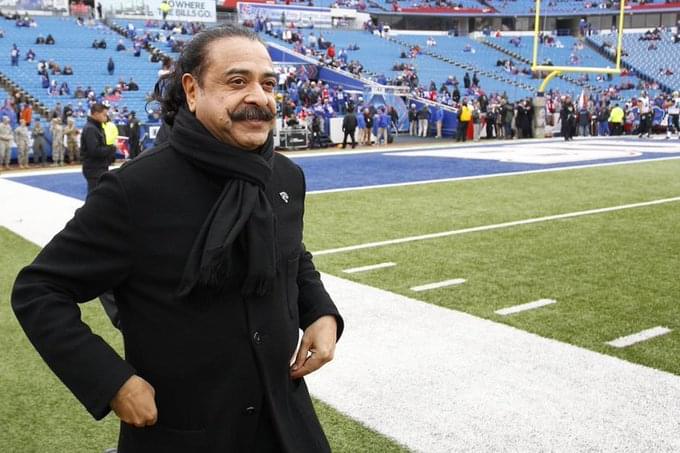 Khan is looking for a new coach and general manager as the team tries to drastically improve after a 1-15 debacle.

There were a few interesting insights from Khan.

Here are my top takeaways:

Khan wants to keep a list of credit and blame

Why: Khan is setting up the structure so that the new coach and general manager will report directly to him. This will enable Khan to know clearly how each person views each decision, allowing for a clear path of credit or fault.

What he said: “The key thing in how we would be structuring this is that I’m going to have the general manager and the head coach report directly to me. That way you have the transparency and the needs and concerns of both parties without really getting filtered or have a chain of command. That’s really what necessitates that you basically hire them about the same time and really you have a perfect alignment, which you need in a winning organization. … Both of them have to know who’s going to be the other person. To me, that is really a critical point.”

My take: Khan probably grew tired of hearing versions of why mistakes happened in the past, especially when he had three men running the football program: Marrone, Caldwell and Tom Coughlin, fired during the 2019 season. This structure eliminates that. By having the new coach and general manager report to him, he gets their unfiltered thoughts and a true gauge of their batting average on all decisions.

Why: Khan clearly wasn’t a fan of many moves that have been made. He says he will be the final voice on all roster decisions moving forward.

What he said: “The roster control is [because] you don’t want players going in and out or contracts given until you’re aware of that. So striking the balance between delegation and abdication, I think, is an important point. Certainly, I found that in the last 15 months, having that necessitates a conversation, you’re part of the conversation with the GM and the head coach. So being part of that here for the immediate future I think is important to me.”

My take: Khan appears to have come to the conclusion that he gave too much total authority to Caldwell and Coughlin. I still doubt he meddles in what the new administration wants to do. Khan just wants to be in the loop on all major decisions and wants to approve all of them. I’d be surprised if he uses his veto power often, if at all.

Khan is running the search

Why: Khan made it clear he isn’t utilizing a search firm to find his new administration. This is his baby.

What he said: “Well, I’ve gone through the rite of passage as a new owner coming into the league. The advisors, consultants, whatever, we did that. This time around, I think I have a much better sense myself. So I am the key decision-maker, but we do have people at the Jaguars. (Team president) Mark Lamping would be one who will be working with these people, so they will be involved from that viewpoint. But when it comes to who the key decision maker is going to be, I mean, you’re looking at him.”

My take: Khan already knows who he wants his next coach to be. He was asked about three-time national champion Urban Meyer.

Khan said: “I’ve known Urban over the years through Big Ten and what have you. But we have not spoken to anyone about this job or even, obviously, interviewed him.”

You don’t interview Urban Meyer for this job. You offer it to him.

Khan made it clear the Jaguars are drafting a quarterback with the top pick and that he expects to win immediately.

“We have a great group of young players. Obviously we’re going to have a lead franchise quarterback. You can’t have a mindset [of] this is a rebuild and it’s going to take time, etc. We have to have a mindset [that] we’re building for the long haul, but you have to be able to win at the same time.”

Khan says the Jaguars will be turning in requests to the league office to interview general manager candidates working for other teams.

“We’ve interviewed people who were available. But there are a number of them who are unavailable due to the league rules, and today we’ll be turning in our request to be able to interview some of those.”