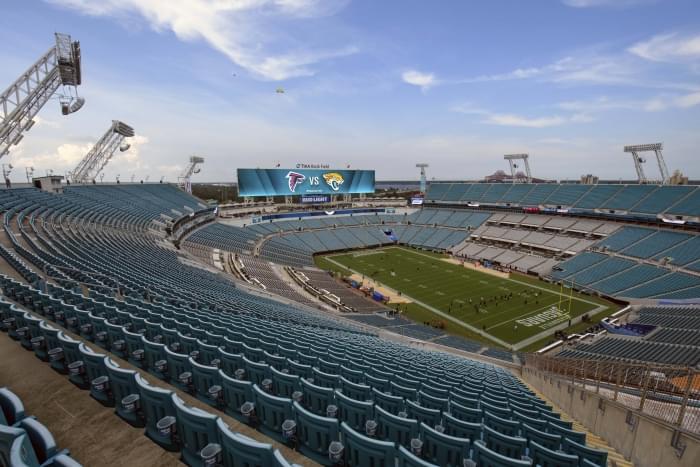 The 2020 Jacksonville Jaguar football season has officially come to an end following Sunday’s 28-14 loss to the Indianapolis Colts.

The loss on Sunday was the 15th consecutive and the 1-15 record marks the worst win-loss record in franchise history.

But, despite the 15 straight losses, the constant negativity, the blowout beatings and even some close defeats, there is a since of joy in Jacksonville this morning.

This joy could be many different things. There is no doubt that there is joy just to have the 2020 season in the rear view mirror. There is also joy that the Jaguars now own the No.1 pick in the 2021 NFL draft and with that means the potential of what Clemson quarterback Trevor Lawrence could bring. There is joy about changes at the general manager and head coaching positions that many feel were long overdue. There is joy about what could be with new leadership in charge. There is joy about having a tremendous amount of salary cap room to make potential big splashes in free agency.

If you add up all that joy and optimism, you quickly realize that this may be the most fun, fascinating and interesting offseason in the history of the Jacksonville Jaguars franchise.

Jaguar fans deserve an offseason like this. They have suffered with supporting a losing organization for far too long. The Jaguars over the last decade have gone 46-117 which needless to say has been painful and at some points unbearable to watch.

This Jaguar fanbase has seen mistake after mistake made on the field, during draft day, in free agency, and with team personal year after year after year and yet despite all of that this fanbase continues to stay as loyal and passionate as you will find.

Despite being a mind blowing 71 games under .500 for the past decade, this fanbase still cares about this team. They are still engaged and they are still starving for a winner. Not sure if you would be able to say that about other fanbases around the NFL in the same circumstance.

Jaguar fans have suffered through dark times as of late, but as the saying goes, ‘the night is darkest just before the dawn.’ The dawn will soon be arriving here in Jacksonville with new leadership, new players, a new starting quarterback and a new mindset.

It’s up to owner Shad Khan now to make the right hires and put the right people in charge. If he does that the darkness that has surrounded this franchise for the last decade will be gone and it could potentially be very bright here in Duval County for quite some time.