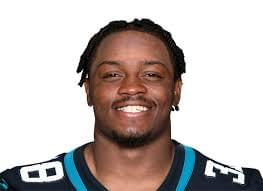 Now, shut him down.

Robinson’s achievement was the lone highlight in another lousy Sunday, this one more dismal than most even in this atrocious season. Tennessee (9-4) sent the Jaguars to their 12th consecutive loss with a 31-10 drubbing at TIAA Bank Field.

Robinson ran for 67 yards and now the undrafted free agent has 1,035 on the season. He also has 224 carries. That’s a lot of hits.

It’s time to start managing Robinson long term. A knee injury limited him in practice this week. It would be best to place him on injured reserve and preserve his health for the 2021 season.

The Jaguars will not play another meaningful game until September. Now, it’s simply asking for trouble to continue to play an important piece of the future at a position that sustains great damage.

This isn’t about tanking. It’s pretty clear the Jets aren’t winning and will have the top selection. The Jaguars could win one of their final three games and would still pick second, securing what hopefully will be the long-awaited elite franchise quarterback.

There’s little-to-no chance the Jaguars will win two of the final three games: at Baltimore, vs. Chicago and at Indianapolis to endanger their grip on No. 2.

This roster doesn’t have that many attractive pieces. Robinson is one of them. The new general manager will have enough problems to solve. He doesn’t need an injury to Robinson to worry about also. A severe knee injury would now likely keep Robinson out for the first four games next season – and he still might not be fully himself.

Wouldn’t it be nice for the new rookie quarterback to be able to lean on Robinson early?

That isn’t the lone move Jaguars owner Shad Khan should try to encourage doomed coach Doug Marrone (9-32 in his last 41 games) to make.

The Jaguars need to make another quarterback switch. You can save the Gardner Minshew excitement. That story is probably over in Jacksonville. The new general manager will likely view Minshew as a player the team has to move on from once he evaluates the team.

Yes, Minshew relieved Mike Glennon on Sunday, but did little with the Titans playing soft coverage trying to secure their huge lead. Minshew in garbage time was 18-of-31 passing for 178 yards with one touchdown.

Marrone should go back to rookie Jake Luton.

The sixth-rounder is three weeks removed now from a four-interception performance against Pittsburgh.

The Jaguars need to see what they have in Luton long term. They need to see how he has absorbed, reflected, learned and adjusted from his last outing.

Marrone now owes this to the incoming general manager.

If Luton can show he might be a capable backup to the arriving prized rookie, the Jaguars will have an inexpensive asset with six starts on his resume. Luton is under contract for three more seasons at a low price.

Does it make sense to endure a probable 1-15 season and only give Luton three starts? One was in ridiculously high winds in Green Bay. Another was against one of the league’s best defenses in the Steelers.

Remember in Luton’s first start, a 27-25 loss to Houston, he completed 26 of 38 passes for 304 yards with one touchdown and one interception. He also ran for a 13-yard touchdown.

The Jaguars need to answer as many questions as they can about what exactly their inexperienced players can do. And for the players that have proven their value, it’s time to start putting the 2021 season ahead of the three meaningless games to come.

This isn’t about tanking.

It’s about making the 2021 team as strong as possible.