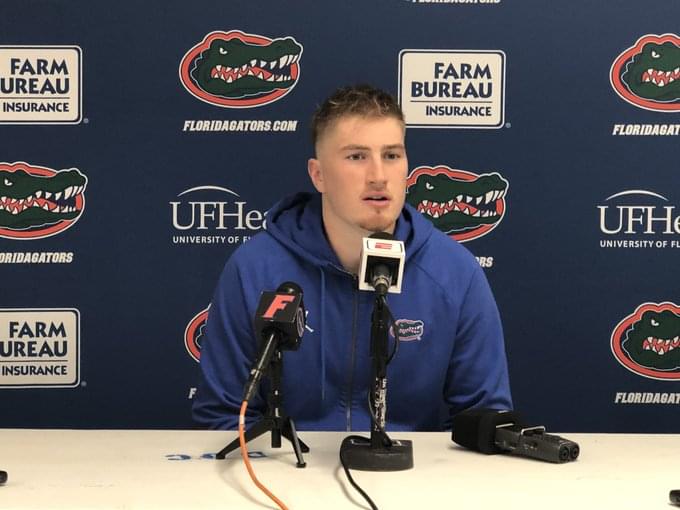 Florida quarterback Kyle Trask is on a record breaking pace this season. He has already tossed 28 touchdown passes in just six games which is the most ever by an SEC quarterback six games into a season. Trask is currently one of the front-runners in the Heisman Trophy conversation.

Who would have ever thought that a guy like Trask would be enjoying all this success when he wasn’t the full time starter in high school?

Kirk Martin coached Trask at Manvel High School in the state of Texas and has known the Trask family for many years. Martin joined “XL Primetime” on 1010XL to discuss Trask’s success.

“I’m so excited for him and it couldn’t happen to a better guy,” Martin told 1010XL. “Kyle was just always such a hard worker and he did everything you asked him to do. You couldn’t have drawn out the story any better than how it’s playing out for him.”

Trask was the backup quarterback at Manvel High School to D’Eriq King who is also currently flourishing as a college quarterback at the University of Miami. King broke many Texas high school quarterback records during his career at Manvel.

Martin was asked, despite Trask being the backup quarterback, if he saw something in him that would lead him to believe there would be legitimate Heisman talk in his future.

“I really did and I told every recruiter that came through that they have to get on Kyle Trask because this kid is special,” Martin said. “He’s not a statue, he can run around a little bit and the kid is 6’5, has an NFL arm, and can make all the throws. He was also really intelligent, made really good grades, and was the hardest worker I had in the weight room.

“I told them how special that kid is and how awesome he is and the cool thing about Kyle is if you are not immediately named starter, you move on and go somewhere where they will appreciate you a little bit better.

“I played Kyle every year even though he wasn’t our full time starter, but I felt like I had two starting quarterbacks, so that freed me up as a play caller. Kyle played meaningful minutes and he threw for over 1,000 yards and 12 touchdowns his senior year and he never threw an interception during his career at Manvel High School.

“Florida was the only big time school that listened and took a chance on Kyle and trusted their eyes and this is the result of it.”

Finally, Martin talked about Trask’s intelligence from the quarterback position and how the game of football has been part of his life almost from the beginning.

“He’s been a football junkie his whole life,” Martin said. “I coached his older brother as well, so in seventh grade he was at every practice I had in the summer. Every chance he had he was at practice and he always had a football in his hand. His brother played linebacker, but he wasn’t down there watching the linebackers, he was watching the quarterbacks. Every quarterback that started for me at Manvel went on to play division one college football, so I think he was soaking it up from those guys that came before him.

“He’s always been really smart and he was an honor student in high school, heck he was even an eagle scout. He’s always been a type-A personality and a guy that needs to know everything about it and process things. He’s a thinker and studies his butt off, but Coach (Dan) Mullen has really taken it to the next level with how he has tutored that kid and got him to play the way he is playing is exceptional.”

Trask and the Gators travel to Nashville this week to take on Vanderbilt with kickoff set for 12:00.