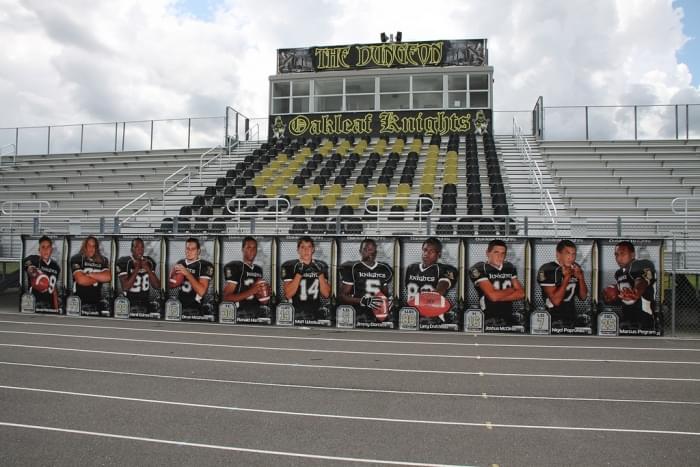 It’s hard to believe that we are only a couple weeks away from the high school football playoffs beginning in the state of Florida. This Friday’s schedule features two games between four of the best teams in Northeast Florida as well as a handful of other interesting contests.

Here is a look at five of the best games in the area this Friday night.

It’s going to be a good ole’ fashioned slugfest in “The Backyard” at Lee High School on Friday night between two of the best teams in Northeast Florida.

Trinity Christian is coming off a 3-0 win over an American Heritage team that was ranked in the top 20 in the country according to Max Preps. Trinity’s defense was dominating in what was the biggest regular season win for Trinity in years.

There is no rest for Trinity Christian this week as it plays a Lee team that is perfect on the year including wins over Ribault, Mandarin and Lake City Columbia.

If Lee were to knock off Trinity Christian on Friday night they would certainly make a case to be considered the best team in the area as we end October.

Two of the biggest schools in Northeast Florida will do battle in this one that could be a preview of a state playoff game in a few weeks.

Oakleaf is perfect vs. teams in the state of Florida this season which includes wins over Mandarin, Fleming Island and University Christian.

Bartram Trail continues to be one of the best teams in the area, but some argue they are still looking for that signature win in 2020. A win over Oakleaf would be just that.

This will be a good one on Friday night and don’t be surprised if we see these same two teams in three weeks in a state playoff game where much more will be on the line.

This is a game that features two teams that are both probably better than their record would indicate.

Atlantic Coast has impressive wins over Parker and Ed White and a win over First Coast would certainly add to that resume.

First Coast’s two losses on the season were against two of the better teams in the area, Creekside and Fleming Island.

Give it up for this battle between two programs that don’t get the coverage they deserve.

Fernandina Beach has scored at least 33 points in six of their seven games so far this season including a 56 point output in last week’s win over West Nassau.

As for Hillard, its defense has not allowed more than 14 points to any of its five opponents this season and is coming off a 19-7 win over Wolfson last time out.

Great offense vs. great defense in this one.

It’s hard to imagine there could be a quitter 5-0 8A program in the area than Sandalwood. The Saints have won three of their five contests this season by a combined five points, but they are perfect on the year and definitely flying under the radar.

Mandarin has lost four in a row, but consider that streak includes losses to Trinity Christian, Oakleaf, Lee and Bartram Trail. The Mustangs schedule has been brutal and they are better than their 1-4 record would indicate.

A win over Sandalwood on Friday night could turn around their season.