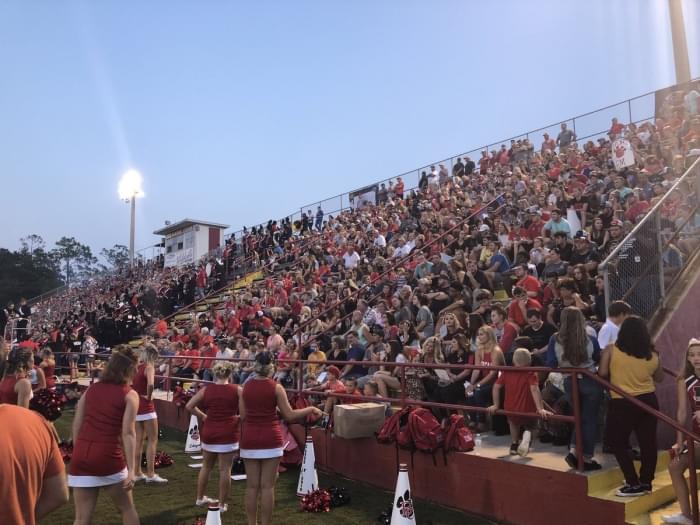 The middle of October has arrived and there is another terrific week of high school football on the horizon. This week features two of the best rivalries in the area as well as a potential ‘game of the year’ contender.

Here is a look at five of the best high school football games in Northeast Florida this week.

It’s not a stretch to say that this is the ‘game of the year’ so far in Northeast Florida.

Baker County enters having outscored its five opponents by a mind-blowing score of 206-26; that includes wins over three Duval County public schools in Ed White, Westside and Parker. Baker County has been dominant, but clearly faces its toughest test of the year when Bolles comes to town.

Bolles’ only blemish on the season was an overtime loss to Creekside. Aside from that, Bolles has also been dominating in its four wins and the Bulldogs defense has only allowed one touchdown in their last two games, wins over Palatka and Ocala Trinity Catholic.

These are two heavyweights in the area and this game can be heard on 1010XL Friday night at 7:00.

There are some rivalries where you can throw the record books out the window and this is one of those.

Lee has been a quiet 3-0 to this point in wins over Ribault, Mandarin and Middleburg, but the Generals have the look of a team that could make noise in the postseason.

Lake City Columbia’s season has been a rocky road in just getting games scheduled, but a win over Lee on Friday night would right all of the wrongs that the Tigers have experienced up to this point.

These teams have history. Lee has beaten Columbia five of the last six times they have met including knocking the Tigers out of the playoffs numerous times in recent years. Columbia will look for a little revenge on Friday night.

Trinity Christian enters this game on a three game winning streak which includes wins over Lake City Columbia and Mandarin. Trinity Christian has gotten injured players back recently and are playing some terrific football as we enter the midway point of the season.

First Coast is coming off of two good wins over West Nassau and Yulee, but will drastically move up in competition this week taking on Fleming Island. First Coast has been looking for a signature win and if they were to go out to Clay County and beat the Golden Eagles, they would have it.

Fleming Island is coming into this game following its first loss of the year last week to Oakleaf in overtime.

Head coach Marlon White and Ribault have battled and fought hard, but are still 1-3 having lost three games by a combined 25 points. A win over rival Raines would certainly make up for a lot of that.

Head Coach Donovan Masline and Raines are 1-4, but they have played a brutal schedule including Venice, Camden County and Sandalwood already this season. Likewise a win over rival Ribault could completely swing their season.

It’s Raines and Ribault in the Northwest Classic, what else really needs to be said.