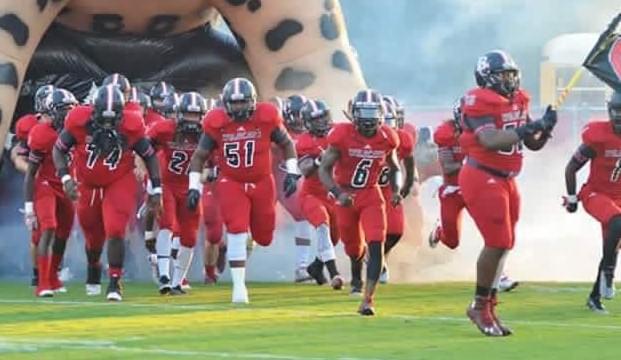 Bolles and Baker County are off to a combined 9-1 start in the 2020 high school football season and they are set to square off on Friday night in what might be the game of the year in Northeast Florida.

Baker County is 5-0, outscoring opponents 206-26. Kevin Mays is the head coach of Baker County and he joined “XL Primetime” on 1010XL to talk about how pleased he is by his team’s dominating start to the season.

“Absolutely because we didn’t know what to expect with the way the summer went,” Mays told 1010XL. “I have a real close knit group of guys and they trust and believe in each other. We are really proud of the way they have started this year.”

It’s not every year that a program like Bolles travels out to Baker County and Mays was asked what the atmosphere will be like on Friday night.

“It will be electric,” Mays said. “The one thing about Baker County is this whole community believes, enjoys and really loves coming out to watch us play. With the success that we are having and a good team like Bolles rolling in, people are going to want to watch good football and they will be out here rooting us on.

Mays also was asked what the keys will be to beat a program like Bolles.

“We have to be stout up front because they have a good offensive line and they don’t beat themselves,” he said. “They are a well-coached team and we will have to bring the fight to them.

“I’m looking forward to seeing how our guys will handle a stout team. I’m curious to see how we will handle a little adversity because at some point we are going to have some on Friday night.”

Clearly, this is a marquee matchup, but Mays is trying to keep it simple for his players.

“What I have told our kids is in the past Baker County does not have a lot of wins over Bolles,” Mays said. “A couple of them have said that we are going to put Baker County on the map, which the 2017 team put them on the map because they went to the state title game and like I told them, there is so much history at Baker County that they can go back and say, ‘we were the ones that played well,’ and, ‘we were the ones that beat Bolles.’ They can have that and have a little bit of pride in the community if they can pull that off.”

Finally, Mays had this message regarding the game Friday night between Bolles and Baker County.

“If you’re a high school football fan, this is the type of game you want to go see,” he said. “When you think of Friday night lights, that is what Baker County is. The town kind of shuts down, everybody comes out to support us and it’s a neat place to be on Friday nights especially for a game like this when you have two good teams going at it.”

Bolles travels to Baker County Friday night, the game can be heard on 1010XL with kickoff set for 7:00.