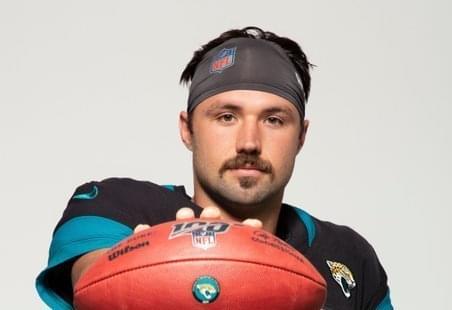 The Jaguars offense has been dreadful for the last decade.

The young Jaguars attack is showing two qualities so far in the early stages of the season that we haven’t seen in years: sizzle and balance.

The Jaguars can score, and they can do it in a variety of ways.

Led by second-year quarterback Gardner Minshew and new offensive coordinator Jay Gruden, the Jaguars have scored 57 total points in two games this season. They’ve scored at least 27 in both outings against defenses that are expected to be good this season in Indianapolis and Tennessee.

Now, they face a bad defense.

The Jaguars (1-1) have to continue their offensive mastery tonight when Miami (0-2) visits TIAA Bank Field in a primetime contest.

I have full confidence they will.

Minshew is completing over 75 percent of his passes, throwing for six touchdowns and two interceptions. Both picks were the result of unlucky breaks (tipped or batted balls). His passer rating of 115.7 ranks seventh best in the NFL.

“We’re spreading the wealth around,” Gruden said. “A lot of people are touching it and I think the players are genuinely happy when we have success. It doesn’t have to be an individual person for them to feel that way. So, they play hard, they’re unselfish, they’re playing smart right now, so I think there’s a great upside for this season.”

Undrafted rookie running back James Robinson has been a huge revelation. He’s averaging a healthy 5.1 yards a carry, running for 164 yards this season. That puts him on pace for 1,312 yards.

Rookie receiver Laviska Shenault is turning into one of the NFL’s most versatile weapons. Shenault has caught six passes for 72 yards and a touchdown and has shown the ability to run the ball as well. The second-round pick has rushed seven times for 47 yards, a glittering 6.7-yard average.

“He likes the ability to move around,” Gruden said. “You know, being a young player, we can’t put too much on his plate right now. I still want him to play fast and still learn the nuisances of being a wide receiver, a very good receiver first. But to just sprinkle a few plays with him in the backfield and doing some different things with him. I know he enjoys it and he’s good at it. The one thing, the rare thing for him is running between the tackles. I mean, he ran over a guy last week.”

The Jaguars have a Pro Bowl receiver in DJ Chark. Receiver Keelan Cole has never looked this good.

The tight ends are contributing.

The offensive line is doing a fine job.

Gruden can go into any game against any opponent and dictate a winning game plan in a variety of ways. The Jaguars haven’t been able to do that since the glory years of the 1990s.

The world should get a clear message tonight.

The Jaguars offense is a rising power in the NFL.