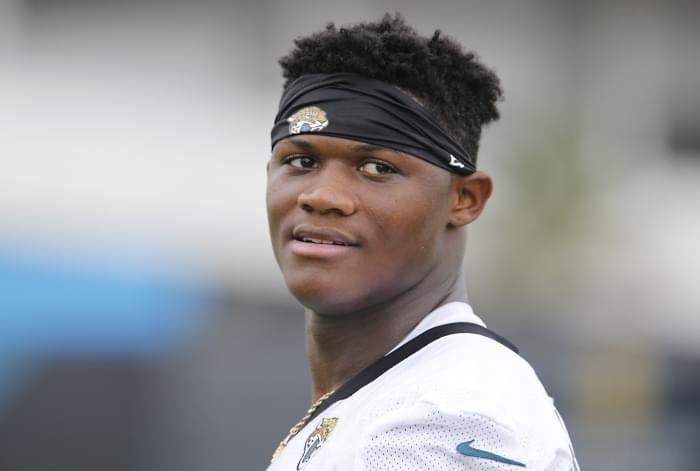 I can’t wait to watch the Jaguars offense play again.

In eight years covering the team I don’t think I’ve ever said, written or thought that.

Yes, the fun, young playmakers like Gardner Minshew, DJ Chark, Laviska Shenault and James Robinson are the ones executing on the field.

However, it’s Gruden that has been the biggest early-season revelation.

The job Gruden has done with this young group with no off-season program and no preseason games is sensational.

The Jaguars lost to Tennessee 33-30 in Nashville on Sunday, despite the offense generating 480 yards and going 10-of-14 on third-down situations. Losing stinks, especially to the hated Titans and with the chance to be the only team in the AFC South at 2-0. However, I’m more encouraged about the Jaguars now than prior to the game.

The offense is good.

Gruden is armed with a second-year quarterback in Minshew, who entered this season with 12 career starts. He’s been excellent. Minshew threw for 339 yards and three touchdowns against the Titans.

Gruden has an undrafted rookie running back in Robinson getting the bulk of the carries. He’s been incredible. JR2K ran for 102 yards and a touchdown, averaging 6.4 years a tote.

Gruden has coaxed quality production from an offensive line that was lackluster a year ago.

However, Gruden’s real brilliance has been with Shenault.

The rookie receiver hasn’t needed a major acclimation period. Gruden had him ready to contribute immediately, a credit to his teaching ability.

Against Tennessee, Gruden expanded Shenault’s duties. The second-rounder carried five times for 37 yards, including a 14-yard run in which Shenault showed his power as he broke through a tackler for extra yardage. Shenault also caught three passes for 35 yards.

The Jaguars might’ve scored more if not for some bad breaks. Minshew was intercepted twice. On the first pick, Minshew was targeting tight end James O’Shaughnessy but rookie receiver Collin Johnson, who is 6-foot-6, thought the ball was meant for him and reached high for it. The ball bounced off Johnson and was picked.

Minshew’s chance to lead a comeback victory was spoiled when he had a pass batted at the line of scrimmage that ended up being intercepted.

Those things happen. If it wasn’t for a horrible outing by the Jaguars special teams and a couple terrible calls by the officials, the offense would’ve have done enough to secure the victory.

The combination of Minshew, Gruden and company are going to be so exciting each week.

We will wonder what they’ve come up with each game.

It’s going to be fun.

This feels like the start of a trend and not a blip on the offensive end.

For once, I’m actually seeing the Jaguars offense fool defenses.

Opponents are finally off balance. The ball moves around. There were six players on Sunday with at least 35 yards receiving.

Despite the loss, I believe we will see more beauty this season from the Jaguars offense.

For me, Sunday was not a day of disappointment.

My hope and excitement outweigh it.

The Jaguars are 1-1 with games coming up against Miami, Cincinnati, Houston and Detroit.