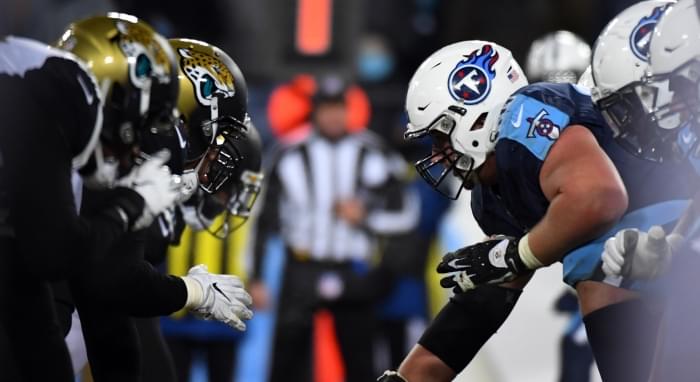 Your Jaguars are playing a big game on Sunday.

I understand this might be the only big-game feel we get this season.

The Jaguars travel to face Tennessee on Sunday in a matchup of the only 1-0 teams in the AFC South.

The Titans were expected to be 1-0. The Jaguars, not so much.

The young Jaguars stunned Indianapolis 27-20 at TIAA Bank Field on Sunday after entering the game as an eight-point underdog.

Now, they get the Titans and are a nine-point dog.

There’s an excitement around the city, but there’s still a feeling that Sunday’s win was a bit of a fluke. You can tell some fans still need to see more before the Jaguars have their full attention.

That’s why the Titans game is so gigantic.

Nothing would wake the echoes around here like beating the Titans in Nashville to get to 2-0.

The Jaguars can make it happen.

They have an efficient quarterback in Gardner Minshew. There’s an emerging ground game thanks to an improved offensive line and rookie sensation James Robinson.

They have a receiving corps that is deep, led by DJ Chark, rookie star Laviska Shenault and Keelan Cole.

The defense found its groove as the Colts game went on. Rookie standout cornerback CJ Henderson was phenomenal in his debut. Linebackers Myles Jack and Joe Schobert are a quality pair. Defensive end Josh Allen will be ready.

Yes, things might not go our way on Sunday but let’s imagine if the Jaguars win.

Imagine being 2-0 in sole possession of first place.

Imagine the confidence this young team will have with two division wins on their resume.

Imagine the run the team could get on with upcoming games against Miami, Cincinnati, Houston and Detroit.

Imagine the Jaguars at 5-1 heading into November after the bye week.

That’s why this game is so monumental.

Yes, the Jaguars haven’t won in Nashville since 2013. I know because I was there and remember a Jaguars executive who will remain nameless jumping in the air and yelling an expletive in the press box after cornerback Will Blackmon strip-sacked Titans quarterback Ryan Fitzpatrick and returned it for a touchdown to seal the win.

But this rookie-laden Jaguars team doesn’t.

“We have a ton of guys this year on this 53-man that have never played up there,” Minshew said. “So, it’s a new experience.”

This is also an experience we weren’t sure we’d get from the Jaguars this season.

The feeling of a big game.

Beat the Titans to get to 2-0 and become the darlings of the NFL.

This is a big game Sunday.