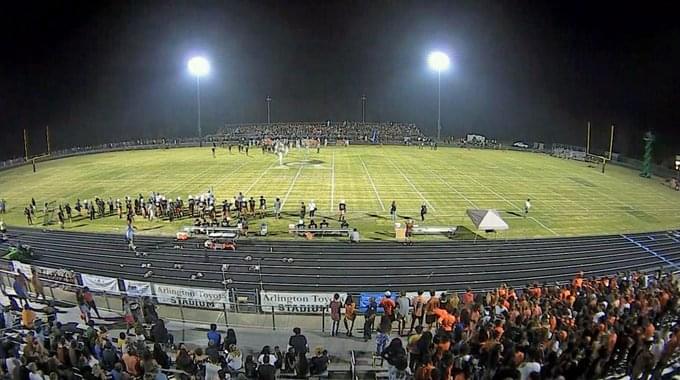 Last week was the regular season kick-off for most high school programs in Northeast Florida. The top teams in the area, for the most part, took care of business with relative ease; that will not be the case this week.

The list of games this Friday night is packed with matchups featuring teams who have deep playoff aspirations. It will be an interesting test for many teams around the area to have games likes this so early on in the season.

Here’s is a look at five of the best games in the Northeast Florida area this Friday night.

Both programs began 2020 with dominating victories. Bolles had a surprisingly easy time with Trinity Christian, 36-12, a game that the Bulldogs led 22-0 at the half. Boles is coming off a state runner-up finish in 2019 and clearly it looks like the Bulldogs are out for more in 2020.

St. Augustine was dominant in its 49-0 win over Middleburg last week. The Yellow Jackets completely controlled the game, but obviously it will get a lot tougher this week as the Bulldogs make the trip to St. John’s County.

Bartram Trail started off its 2020 campaign by scoring 50 points on St. John’s County Rival Creekside. The problem was they also allowed 40 points. Bartram must clean up the issues on defense if they want to have the season so many believe they can.

Life after Carson Beck began for Mandarin last week as it defeated Atlantic Coast 14-0. The Mandarin defense was outstanding and Mustangs’ quarterback Tre Lawrence played well in the win.

Two of the biggest public schools in Northeast Florida will meet up this Friday night and it should be a good one.

Both programs had wins last week where the final outcome was never in doubt. Fleming Island beat Palatka 29-7 in a game where the Fleming Island starters rested a majority of the second half to stay fresh for this week’s game.

Fletcher beat Parker 23-0 in a game where the Senator defense was the story in shutting down a good Parker offense.

Fleming Island has had Fletcher’s number in recent years and the games between these two are always fun to watch.

Welcome to the high school football season for both Ribault and Lee who will both be making their season debuts this Friday night.

Ribault’s game last week vs. First Coast was postponed, so this will mark the debut game for new Ribault head coach Marlon White. Coach White and the Trojans will look to pull what would be a mild upset over the Generals on opening night.

Head coach OJ Small has turned Lee into one of the best teams in the area year in and year out and he will look to continue that success this year at Lee.

You don’t want to start the year 0-1, yet one of these solid teams will do just that after Friday night.

Give it up for West Nassau who started its season back on September 4 and is off to a 2-0 start. The Warriors have outscored their two opponents 50-6 and have won games with both their offense and their.

Baldwin is coming off a triple-overtime thriller in which they beat Westside 12-6. In that game, Baldwin’s Tyson McClendon recorded seven sacks in route to the win that opened some eyes in the area.