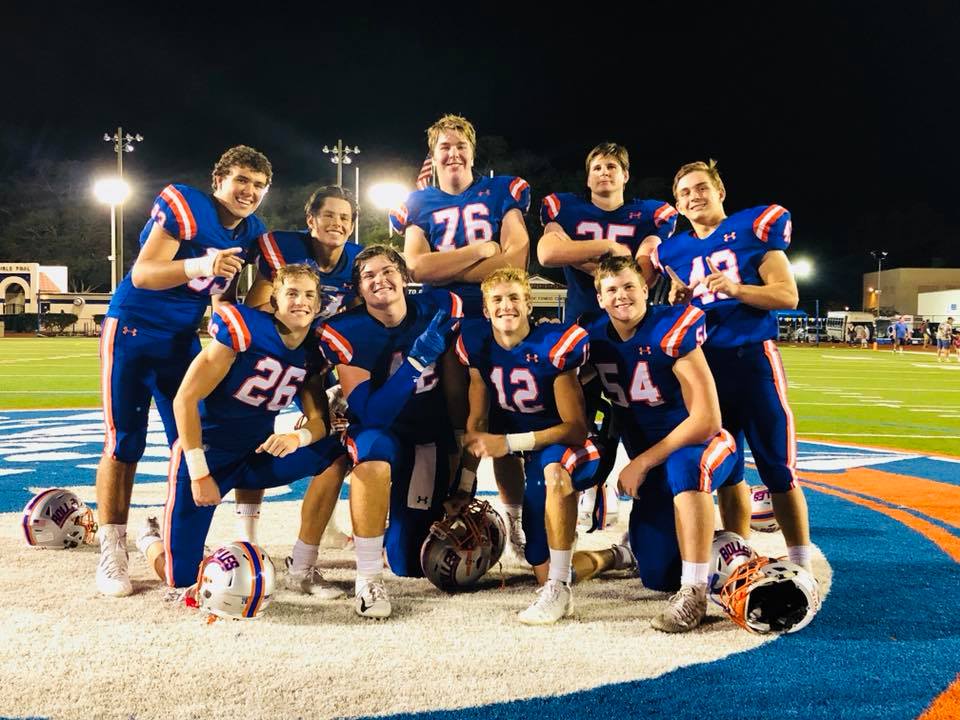 A majority of high school football teams in Northeast Florida began their regular seasons last Friday night and some teams have already began to separate themselves from the pack.

Here’s a look at the top teams in Northeast Florida for the first 1010XL power poll of the 2020 season.

It wasn’t a surprise that the Bolles beat Trinity Christian last week, but it was surprising that the Bulldogs won the game by 24 points. The 36-12 outcome on opening night was a statement sent by Bolles that they will be the team to contend with in 2020.

Head coach Matt Toblin is in his second year at Bolles and is looking to return to the state title game where the Bulldogs came up just short in 2019. If last week was any indication, a state title run in 2020 is definitely not out of the picture.

This week Bolles will travel to St. John’s County to play a good St. Augustine football team, so it doesn’t get any easier for Bolles this week.

Bartram Trail started off its 2020 campaign with a victory over St. John’s County rival Creekside. Bartram’s offense was fantastic putting 50 points on the scoreboard and all the hype surrounding that offense in the preseason became a reality last week.

On defense, it was a different story. Bartram Trail surrendered 40 points to Creekside and Bartram will need to shore that up fast if it wants to make a deep run in the playoffs.

This week Bartram will get an excellent test as they take on Mandarin in what is a terrific early-season matchup between two of the biggest schools in Northeast Florida.

Oakleaf began its 2020 season traveling to Gainesville and despite it being close at halftime, Oakleaf pulled away and beat Buchholz 35-14. A three-touchdown win on the road is a great way for Oakleaf to start 2020.

Oakleaf is looking to make a deep run in the postseason with quarterback Walt Simmons and a win over Buchholz make a statement on opening night.

This week Oakleaf travels to Georgia to play a Lowdnes team that traditionally is one of Georgia’s best. Oakleaf will get to see where they are real quick in playing a game that will help the Knights out later in the season.

Baker County is one of the few teams in the area that has already played two regular season games and they have been dominant. Baker County has outscored its two opponents 82-6 including a 49-0 win last week over Orange Park.

This week Baker County plays an Ed White team that is coming off a win over Menendez and it will be the toughest test to date for the Wildcats.

Life after Carson Beck began last week for Mandarin and the Mustangs came out on top of rival Atlantic Coast 14-0. As much as the Mandarin offense has gotten all the credit in recent years, last week was all about the defense who shutout a good Atlantic Coast offense.

This week Mandarin plays one of the top teams in the area in Bartram Trail in a game that will let Mandarin know exactly where it is as we enter the later part of September.

Those who just missed the top five

Fleming Island (1-0) Dominating 29-7 win over Palatka sets up a show down with Fletcher in week two.

Fletcher (1-0) The Senators shut out Parker last week and now they will try to get over the Fleming Island hurdle that has tripped them up in recent years.

Ponte Vedra (1-0) Any time you beat a St. John’s County rival it’s a good week for the Sharks and that is exactly what they did last week 24-7 over Nease.

St Augustine (1-0) A dominating 49-0 win over Middleburg sets up a showdown with Bolles this Friday night.