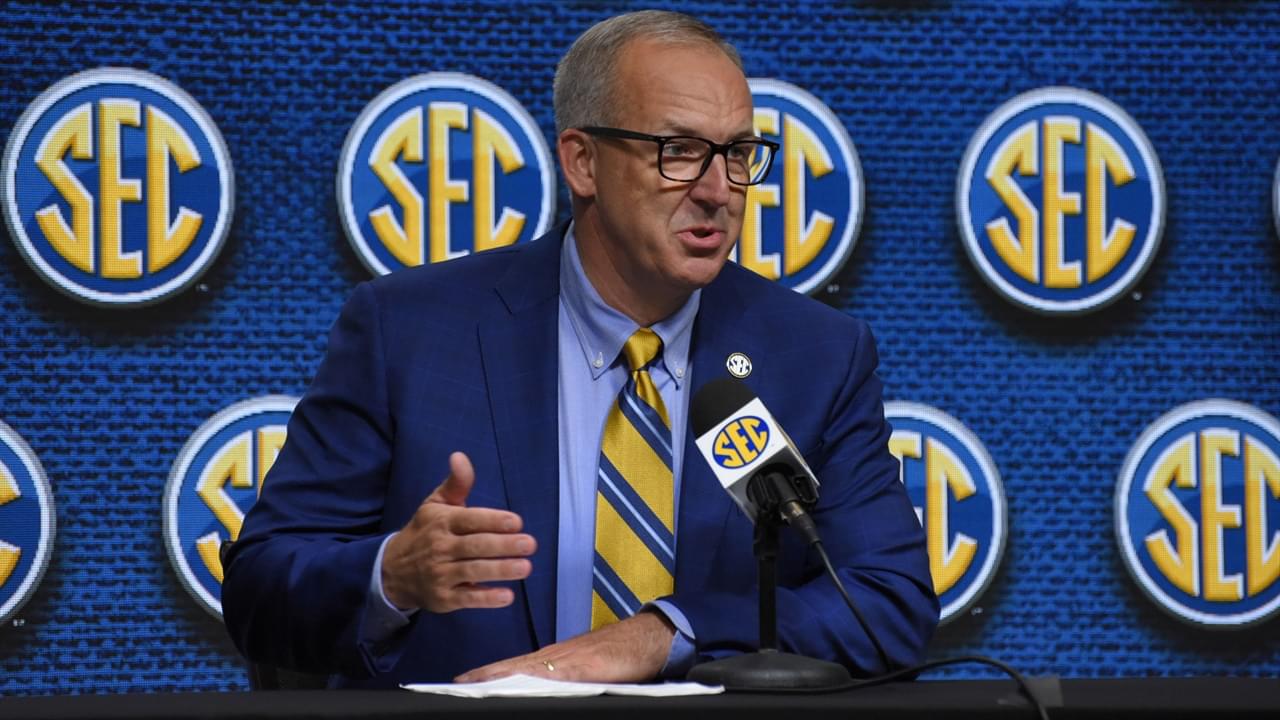 The 2020 Southeastern Conference football season is set to begin on September 26. While there were many challenges in getting to this point, it appears that football operations are full speed ahead.

SEC Commissioner Greg Sankey joined “XL Primetime” on 1010XL to if that September 26 start date for the league is still a go as of now.

Sankey was asked if there will be an asterisk next to this season because of the teams and conferences that have opted out.

“If we go back to the 2018 season, we had Georgia and Alabama in the national championship game and there was no asterisk next to that one,” Sankey said. “We are playing the game as the circumstances have dictated.

“Among the SEC, ACC and Big-12, 19 of the 24 college football playoff participants over its six year existence have been from those three leagues. I think within those three leagues there is a great deal of strength, now are people going to make a note, sure, but our football programs are focused at playing at an excellent level just like they have every other season.”

Sankey talked about his thought process as other conferences around the country were opting out of the 2020 season.

“When I was hearing from collogues about their decision making and timing, my response was, ‘that’s not where we are,’” Sankey said. “Using time is appropriate and if you take as much time as possible to make major decisions, then you will have better information to use to make those decisions. Therefore you can expect better decisions. Think about the conversation about testing and how that has changed just in the past four weeks.

“Was it hard and did my blood pressure and pulse increase as people were making decisions? Absolutely, but we had set a principle to guide us. I try to ignore the predictions and focus on the information to guide us.”

Sankey was also asked if he plans attending any games on opening weekend in the SEC or if he will stay back in the SEC offices.

“My belief is I won’t be out and about, just as we’ve slimmed attendance and slimmed press box presence, I think the best thing for me to do is be at home and be able to maintain contact with our office so I can be informed on what’s happening around the league.”

Finally , Sankey had this message to the SEC fans as the 2020 football season approaches.

“We are all a part of making this successful,” he said. “The message is about distancing, good hygiene, sanitization, wearing masks, being attentive to your own health, but also those around you. Those are all important to making this work. We are working as hard as we can and we want everybody to be a part it, maybe in a different way from normal, but we want everybody to be healthy in doing so.”