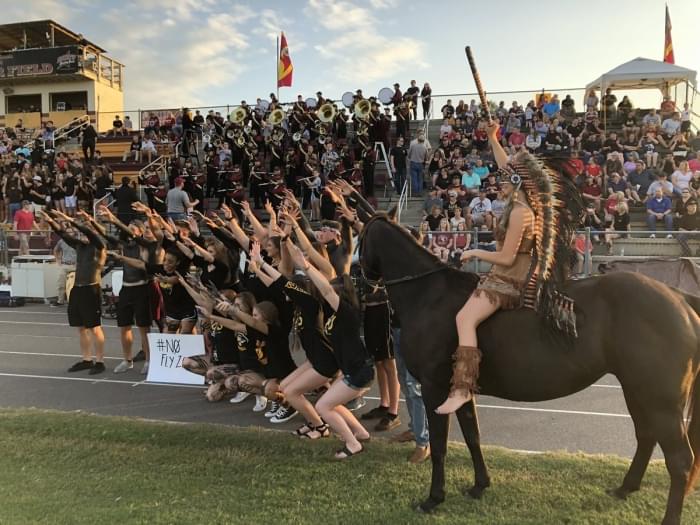 Know it. Google it if you don’t. Memorize it. Because that name might be the saving grace, at least in the here and now, for sports as we know it.

I’ve had a pep in my step since yesterday morning, when I was on Twitter and respected health care specialist Andy Slavitt was firing out a series of tweets about how this amazing new method of testing for COVID-19 was approved for use by the public in an emergency authorization by the FDA yesterday. He referred to it as a “game-changer.”

So I kept reading. Turns out that SalivaDirect, about which he was tweeting, is a fast, inexpensive, quick way to test for the pandemic that was developed at Yale and funded in part by the NBA and the NBA Players Association. In fact, it is one of the reasons the restarted NBA — along with existing in the bubble, of course — has moved along so effortlessly through the end of the regular season and now into the playoffs.

Now as it makes its way into the public, it does so with many critically important elements:

So the FDA just approved a test that is cheap, fast, available, accurate, non-invasive. If it truly turns out to be all that — and can be produced and distributed in volume — “game-changer” is absolutely the correct word. Apparently neither Yale nor the NBA or NBAPA are not looking for royalties, not in this dire time of the pandemic. All seem to be onboard to just get this thing mass produced and quickly made available. Which means it will not get priced off the market.

By mid-afternoon yesterday, many of the major sports columnists were writing about it. Some wrote about the connection between the Yale scientists and the NBA. Others about the effect it will have on sports. One columnist even wondered in writing if the Big Ten and Pac 12 acted too quickly in postponing their respective football seasons now that this type of testing could be available.

In truth, if everything you hear is true, this is a magnificent moment for everyone, not just those in the sports realm. The researchers at Yale have been quick to point out they didn’t to this so athletes could play sports, they did it so students could safely return to school. But this is a column about sports, so I’ll take that angle.

I have said for months on the air that the key to sports moving forward is fast, affordable, accurate testing. I’ve said on my show many times we need a COVID test that works like pregnancy tests — you buy it at the drug store, you apply it, and if it turns a certain color you know. My co-hosts and I have chuckled a bit at the notion. It obviously isn’t quite that simple.

But my point was sports can move forward — all sports — if we can quickly find out if a player, coach, official, whoever, is positive or not. Now we appear closer to that than ever.

The ultimate home run, obviously, is a vaccine. Or at least medical treatment that is so effective that the virus can be managed without fret even shy of having a cure. But it apparently will be awhile before either of those emerge.

SalivaDirect, however, is here. And hopefully soon will be available to everyone. And if so, there is no more wondering about who is or isn’t infected.

Here is how it can be effective — and yes, I’m a diehard Pittsburgh Pirates fan so I’ll use my favorite baseball team as the example.

On Thursday, the Pirates and Reds began what was to be a four-game series. They played Thursday and Friday, but the Saturday and Sunday games were postponed because one of the Reds’ players tested positive. It was only one player. But because of fear that he might have infected others, and because of the time it was going to take to find out, the rest of the series had to be postponed.

Baseball would love it. There are reports the NFL is watching closely and why wouldn’t it. The NFL seems to be always be ahead of the curve on all of these matters, so if that league is intrigued, you know there is something to it.

And what a difference it would make for college sports. Colleges could far more readily afford to give everyone a SalivaDirect test on a regular basis — for $10 a pop, why not. The negative players practice or play that day, the positive players are quarantined. The possibility of an outbreak, based on that day’s participation, is eliminated. So we play on with non-infected players playing against each other.

There is no concern about “how many others were infected” because you can get that answer instantaneously. And affordably.

I don’t know if it is that perfect. But it sounds like it just might be. If so, SalivaDirect is a name we all will know and love. …

The Big Ten announced a specific detailed, full league football schedule on Aug. 5. Six days later, on Aug. 11, it announced it was postponing the season. It had five months to make a decision, finally made one, announced it, then changed directions in six days.

Many parents of players are incensed, writing letters to the league office, asking for explanations and for the league to reconsider. The writing of those letters is more than a movement, it has become a groundswell. Honestly, with the possibility of SalivaDirect changing test protocols forever, the league would be crazy not to at least listen.

The doesn’t mean the league should immediately change directions again. But the last thing it should do is stubbornly draw a line in the sand and refuse to back off for the sake of bad optics. They already have those. At least listen to what the parents, including those of megastar Ohio State quarterback Justin Fields, are saying. …

Watching the Jags practice for three days now, here is my one prediction: the receiving corps will be really good. Young, very young, no doubt. But very good.

D. J. Chark looks like he will pick up where he left off last year, he looks to be in great shape, big, fast, smooth. Rookie Laviska Shenault is big and strong and fast, man does he look the part. And if both are dynamic on the outside, I think Dede Westbrook can have a big year in the slot. He is so quick.

The A-Sun canceling fall sports is a blow to both JU and UNF locally, two terrific athletic programs that work hard, do it right, and battle to find a way to make it all work financially. But one saving grace might be that even though fall sports were canceled, that does not mean that spring/winter sports which begin play in the fall have to alter their scheduling.

It turns out men’s basketball, which brings so much money into both athletic departments with guarantee games at the likes of Florida, FSU, Auburn, Michigan State, Clemson, etc., still conceivably can play those games, which typically are played in November and December.

That doesn’t mean those games will come off as scheduled. But technically they could because basketball is a winter sport and therefore not yet affected.

One more thing about JU and UNF basketball is this: league games generally don’t start until January, but it is important that by then we are back to normal not just for the schools, but to aid the city of Jacksonville’s economy as well. As an example, when opposing teams come to Jacksonville, they usually stay for four nights and play both JU and UNF. They arrive, for example, on Wednesday, play at JU or UNF on Thursday. Practice here in town on Friday and then play the other on Saturday. Then leave town on Sunday.

That is four nights for a school’s entire travel party — players, coaches, managers, school officials — at a local hotel. Four nights of meals from Jacksonville area restaurants or caterers. And every team in the A-Sun plays here with a similar schedule. It’s a nice boost to our city’s economy.

Here’s hoping JU and UNF basketball can be as close to normal as possible. …

Had lunch last week last week with Storm Davis, the former University Christian star who was pitching in the big leagues by the time he was 20 years old and remains one of the greatest athletes to ever come out of Jacksonville. More than 100 big league wins — five different seasons with double digit wins, including one when he was just 21 years old — and two World Series rings.

Yet he is so darn humble it’s almost impossible to get him to talk about himself, his career, etc. What a really, really good dude. …

I’m glad the FHSAA said high school sports can be played and can start in early September. Teams/players that don’t believe they should can opt out. And I truly hope all of our young people stay safe.

But I couldn’t stand the thought that some young people, and their parents, wouldn’t have the opportunity to make that decision. Now they can. …

Yesterday, I watched a terrific NBA play-in game between Portland and Memphis. Really fun game to watch, and a reminder of how many stars of the association are guys we never watched play in college.

Speaking of that, I get a hunch Portland will be a tough out for the Lakers. …

Went to Coop 303 for the first time in Atlantic Beach. Man was that place good. …

I watched Saving Silverman the other night, start to finish. For the umpteenth time. I’m not sure why. But I did. It’s dumb. And I couldn’t quit laughing. I think I’m really sophomoric. …

The wife bought me a gorgeous, custom golf cart, that I got yesterday. It’s awesome. I told her how much I really appreciate it.

She said, “you’re welcome. Glad you love it. … Have you stopped by Underwood’s lately.” …