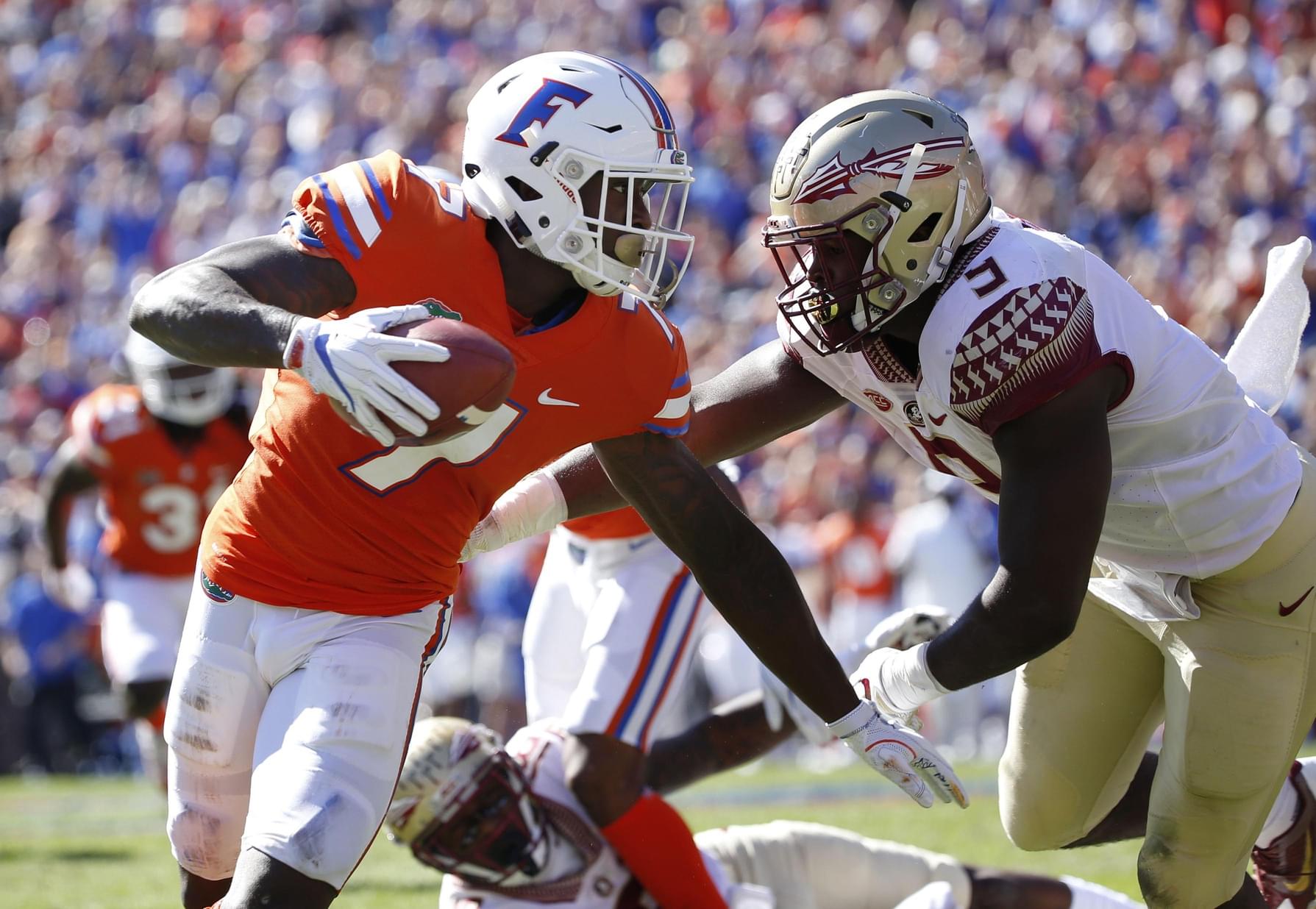 The blame game in our country is off the charts these days. And it feels like the college football world has taken that notion to the highest levels yet.

Best I can tell:

The end result, it appears, is that we may not have college football at all in the fall.

There are two working theories on yesterday’s whirlwind of stories, rumors, sources info: one is that the presidents are convinced that it is too dangerous and they are going to all pull the plug on college football; the other is that the presidents are threatening that to respond to players who are complaining about their plights — the theory being, ok, if the way we are doing it isn’t right, then let’s not do it at all.

The college football world faces two gigantic questions: 1) What happens with the virus when players start slamming into each other, sweat and spit flying like crazy, players colliding and wrestling each other to the ground, and; 2) What happens when tens of thousands of 18-to-22 year olds get back together on college campuses and start convening, partying, etc.?

My guess is if the season goes away, as it is in the MAC and at many other smaller division schools and leagues, that players won’t be tested as regularly, won’t see a doctor as regularly, won’t be quarantined safely, will not know when to social distance, etc. They become normal students without many of the advantages they have now.

I also wonder this: How do you tell these students — high school, college, youth league, etc. — that they can’t do what THEY do — which is play football — when travel baseball, basketball, lacrosse, soccer has happened all summer long. When outdoor beach parties are ongoing, when bands are playing in bars and political rallies and motorcycle rallies and outdoor races and events of all kinds, are going on.

Final thought — I think most college football players want to play. I think there are fair opt out provisions — including maintaining scholarships — for those who choose not to. And I respect the rights and opinions of every player who chooses not to play — whether it is because the player is a top NFL prospect and doesn’t want to risk it or if he simply is concerned about the health risk.

But I hope the ones who want to play are given the opportunity to. …

On a related note, I can’t help but think one of the biggest problems is plane travel. I remain convinced that the main way the virus is transmitted among the masses is in closed, smallish, poorly ventilated, indoor spaces. Well, a plane is the one area you can’t ever ventilate. Can’t exactly open a window for a little fresh air.

The beauty of the NBA and NHL bubbles are that the teams are together in the hotels and not leaving. But it’s also that there are NO flights. I think that is a main reason the Marlins rented special “suite” buses to travel infected players home from Philadelphia.

Don’t get me wrong — plenty of teams are flying around safely. Most of the MLB teams have flown multiple times now and only the Marlins and Cardinals had outbreaks.

But if flying is a big concern, I still say one way to salvage college football would be state or region play only. Forget conferences for just this one season. The Florida league includes UF, FSU, Miami, UCF, USF, FAU, FIU, FAMU and B-CC. Bus trips only. Since the Miami-Tallahassee drive is the longest, maybe the team stays quarantined in a hotel and plays two Saturdays in a row in that region, while taking classes online during the week. Which they probably are doing anyway.

I know, it goes against everything we have come to believe is college football. Conference play means everything. Conferences brag about which one is best. There is conference pride. TV networks pay big bucks for conference showdowns. I get it. I get it all.

But all bets are off in this crazy year. And that would be way better than not having a season. Just a thought. …

This week, members of the media get to watch the Jaguars practice. By then, it will finally feel more like a real training camp. I know the expectations across the league are low for the Jags, maybe historically low. But I don’t care. Maybe it’s the dearth of sports we’ve had for months, but I’m as excited as I’ve ever been to watch them. I truly mean that.

I can’t wait to watch Gardner Minshew, who apparently has had a terrific off-season, is in great shape, is spinning it like you can’t imagine. I want to see if Laviska Shenault looks as big and fast and explosive as we’ve heard. I want to watch Tyler Eifert run routes. I want to watch C. J. Henderson cover. I want to watch Joe Schobert next to Myles Jack, the latter playing his more natural weak side linebacker position.

I want to see the offensive line together, a group that Doug Marrone told us on a zoom call already looks and feels different, more cohesive than it did a year ago. He said we would notice our first day out there. I can’t wait to notice.

Corny comment alert: With all that is going on, with all that 2020 has been, I’m damn glad we have the Jags and damn glad the NFL season is about to start. I’m so blessed to be able to call the games. And I don’t really care how corny that sounds. …

If we do have college football, and the recently released schedules happen, it is clear the SEC protected the contenders with the extra two conference games. Florida-Alabama sounded juicy to the TV networks, but turns out that was never going to happen.

And Florida wasn’t as protected as the other three league heavyweights — Alabama, Georgia, LSU. The Gators added an easy home game against Arkansas, and quarterback Feleipe Franks, but a tough road game at Texas A&M. Bama added Kentucky and Missouri, Georgia added Mississippi State and Arkansas, LSU got Missouri and Vandy. …

Slater played for a Jacksonville Warriors team I was involved with years ago, after his final season at Bolles. He is one of the genuinely nicest kids you will ever meet. Here’s hoping he sticks for a long, long time. …

AXS-TV is showing Sheryl Crow at the Capitol Theater in Port Chester, N. Y. this month. Her music is so soulful, so clean. Check it out. It’s so good. …

The wife and I went to dinner last night with a group of friends at Caps on the Water near Vilano Beach. How in the world have I lived here my whole life and had never been there. Wonderful view, wonderful food. Wonderful place. …

The Marlins are a fun story. Hate what they went through with the virus, but they are back playing and clearly have a much-improved team. Not sure what that becomes in this truncated season, or if the season even makes it to the finish line. But it’s a fun follow. …

Can we please move every PGA Championship and U. S. Open for the rest of our lives to the West Coast? Watching golf in prime time is the greatest invention of all time. It is up there with pizza, the wheel, light beer and cereal with the sugar already on it. Last night was out with friends, but Thursday, Friday and again tonight it has been absolute destination viewing. Can’t wait for tonight’s finale.

And if night time golf wasn’t good enough, what a leaderboard. Johnson, Koepka, Day, DeChambeau among the 12 players all within three shots of the lead. First of those six tee times is 4:20 eastern. If you have to mow the lawn, get going and get it done. You don’t want to miss this. …

The wife took our pug for a walk in her dog stroller. I asked why. She said it was hot out but Ruby needed the exercise. …