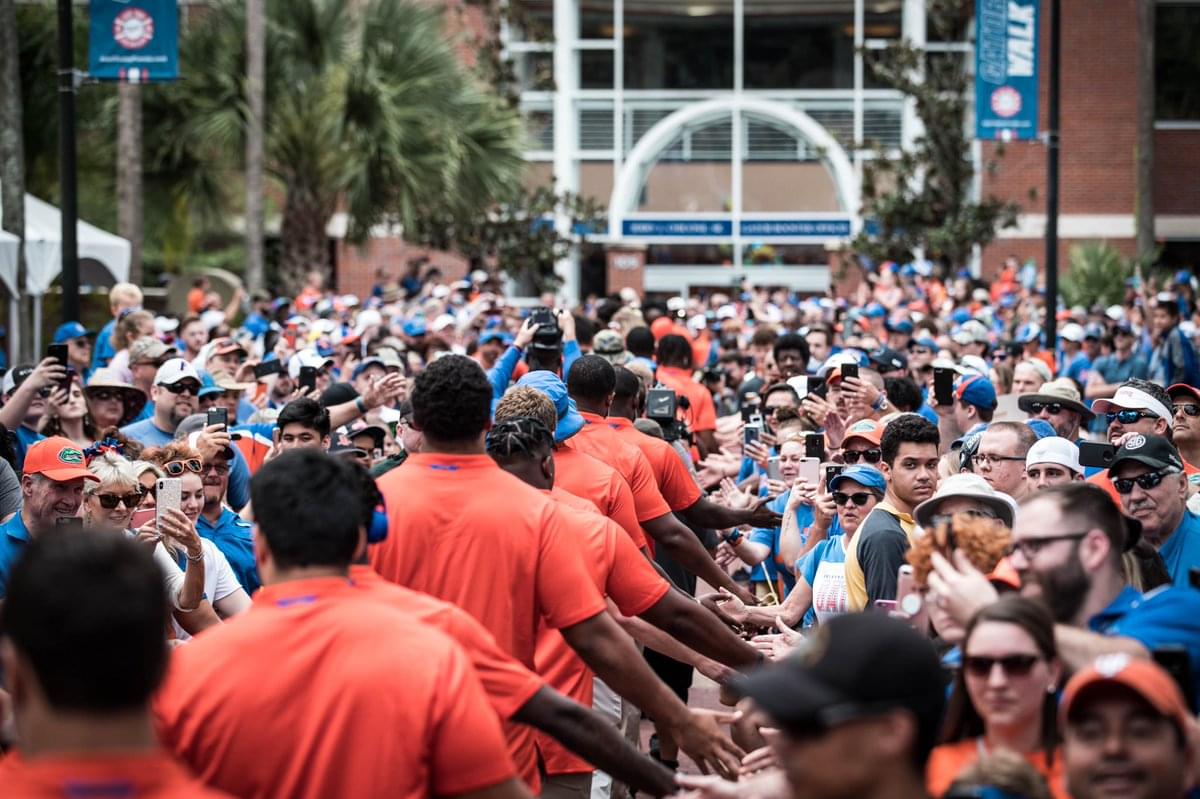 Former Florida Gator tight end and current sideline reporter on the Gator Radio Network Tate Casey joined “XL Primetime” on 1010XL to discuss the upcoming season, beginning with his thoughts on the high expectations for the team entering 2020.

“I think for Florida and Dan Mullen, you have high expectations for the first year since he arrived back in Gainesville,” Casey told 1010XL. “I know that he has high expectations for his team and his program. The way the schedule is compared to what it normally is in a given year, this was definitely his year to make a run at the college football playoff. Georgia and Kirby Smart have had Florida’s number and Dan Mullen has got to find a way to get over that hump in October.”

The Georgia Bulldogs have cost Florida the SEC East title in back-to-back years and Casey was asked how this Gator season will be viewed if they do beat Georgia and if they don’t beat Georgia.

“If they don’t it will probably be similar to what happened last year,” Casey said. “The expectation is no matter what, you place yourself in a New Year’s Six bowl and you win 10, or 11 games. I think if you do and you take care of business at Tennessee and at home vs LSU, then you put yourself in a position to go to Atlanta and win a SEC championship. That would be a big stepping stone for Dan Mullen and this Florida program.

“I think that would propel you into a new era in recruiting. I think it would do a lot for you in recruiting and with your young guys coming up. You finally would start seeing the reward with what you have been preaching with that Gator standard and that mentality. That is what was there and then we took a hiatus of about eight years to get that mentality back around Gainesville. That would do wonders for your young guys. As long as you have the right leadership in place and you have the right leaders in those upper class ranks, it’s going to be a good thing for Dan Mullen.

“I know Dan Mullen and I know how we prepare for rival games and not beating Georgia, I can assure that is something that he has circled on his calendar as soon as that game was over with last year.”

Mullen has been very open this off-season about his expectations for the Gators to compete to win championships in 2020. Casey was asked about that message and how the players will respond to it.

“It’s almost as simple as turning on the film from two games last year,” Casey said. “If I’m Dan Mullen, you had some tough situations and some adversity in road games last year, like at Kentucky with Kyle Trask coming in for an injured Feleipe Franks and they completely took the bull by the horns. If I’m turning film on to show just how close you were, I’m turning on that LSU film and that Georgia film and I’m going to say this lack of execution right here on just a few plays cost us. That’s how close they are.

“You have to like what you saw in year number two, but at the same time that needs to carry over into year three because Dan Mullen is one of those coaches that is never satisfied with what we did last year.”

Casey knows a thing or two about playing the tight end position in Mullen’s offense and he talked about how that position has evolved over the years, especially when it comes to Florida junior tight end Kyle Pitts.

“I have to give credit to Dan Mullen for the evolution of the tight end in this offense,” Casey said. “If you track how this position has evolved over time and I know he likes the tight end a little more than how Urban (Meyer) used it, but I even saw Urban’s evolve as he went to Ohio State. There is a lot of evolution that plays into this spread offense and the tight end position.

“Kyle Pitts, and I’m just assuming knowing how he is and how he approaches this business, if he approached this business in the off-season the way I hope he did, the he is going to have a hell of a season. If he put some weight and some strength on then he could be dangerous. He is definitely a different type of tight end. He is one of those guys that you can get really creative with and when you can do that you place a lot of pressure on a defense.”

Finally, Casey was asked about Florida quarterback Kyle Trask and the high expectations surrounding him coming into the season.

“I can promise you that he is not talking much about what the media is saying about him or what his projections for the season are,” Casey said. “He just shows up to play and he gets the job done. He’s a reliable, hard-working guy and you know he’s going to take care of his stuff in the film room. You know he will show up and give you what he’s got on Saturday.

“He can manage the game and he’s good with the flow of the game. There are somethings he will have to overcome with taking care of the football, but those are the things that Dan Mullen as a quarterbacks coach has been really effective at coaching guys up that he has had.”