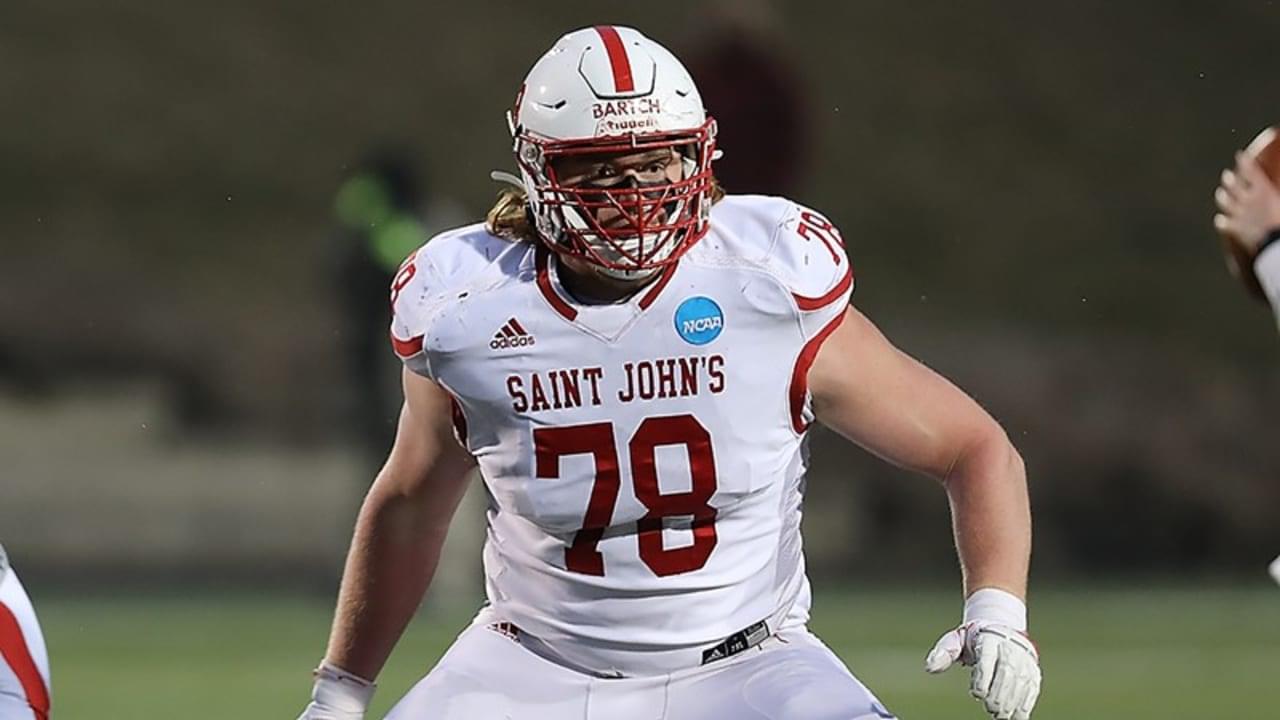 The Jacksonville Jaguars used one of their fourth-round selections in the 2020 NFL Draft to select offensive tackle Ben Bartch out of Division III St. John’s (Minnesota). Bartch joined “XL Primetime” on 1010XL to discuss what life has been like for a rookie in the NFL amidst the Coronavirus Pandemic.

“We have awesome coaches that have been really helpful with all of this,” Bartch told 1010XL. “I think that has made the transition a little easier plus we have good veterans in the room. This is all I know from my rookie NFL experience so far and it’s probably only going to get a little crazier over the next few months, but it’s been pretty good so far and not to wild.”

Bartch was asked if he took time to reflect on his journey from a Division III player to know being drafted into the NFL.

“I actually drove up to my family’s cabin alone and I took some time to reflect before the draft,” Bartch said. “I think it’s important to look forward to the goals that you have because they definitely have not arrived yet, but also be grateful and mindful of what you have achieved. I am definitely blessed.”

Bartch talked about making the transition from Division III to the NFL and if there will be stumbling blocks along the way.

“I think there is going to be a wakeup call for any rookie even from the highest college football level,” he said. “The NFL is a completely different animal, so there will be a lot of those learning moments and you just have to embrace them and be open for growth.”

Bartch was also asked if there was a time during the draft process that he realized he could compete with the prospects from the bigger college football programs.

“I don’t know if there was necessarily a particular moment where I suddenly started believing in myself,” Bartch said. “I do think the Senior Bowl was awesome just for experiencing better players and gaining a little bit of confidence. I’m just really excited for the future opportunities as well to get better as a player.”

Bartch played tight end in college for the first two years of his career and he talked about the decision he made to put on weight and make the transition to the offensive line.

“We talked about it and it was pretty much as simple as that,” Bartch said. “There was a serious phone call to the coaching offices one day in the off-season. There were a few jokes that season about me putting on a few pounds and playing tackle, but then it got pretty serious. The proposition was put out there and I reflected on it for one night to think about it.

“I talked to my parents and my high school coaches. I talked with a lot of mentors that I have and figured I had nothing to lose and might as well do it. At the time it was a decision to benefit the team and it wasn’t about playing in the NFL at that point, although it was on the backburner a little bit.”

Finally, Bartch added 86 pounds to make that transition from tight end to the NFL and he talked about that process.

“That was my intention and I wanted to be very methodical about it,” he said. “I worked a lot with our strength coach in creating a diet plan and just reading and learning a lot on the internet. It was definitely an interesting process.”