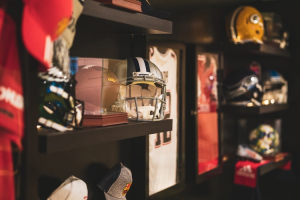 The divisional competitions in the NFL are the foundation for the playoffs system. Rivalries run deep, and every year there are new contenders in each division. After the NFL draft is completed and teams have made their necessary trades, sports fans and analysts take the time and predict who will be the best team in every division. For the 2020 season, here are the teams that are likely to conquer in the AFC.

Predictably, the Ravens have the best chances of winning the AFC North again this year. The Ravens had an exceptional season in 2019, led by their standout MVP quarterback Lamar Jackson. Going 14-2 for the season made them the best team in the league in terms of winning percentage. If the Ravens stay focused in the pre-season and keep their momentum, they will most likely have strong odds in the NFL betting markets heading into September. Division rivals the Cleveland Browns and Cincinnati Bengals have been rather clumsy the last few years, meaning a likely four easy wins for the Ravens in the AFC North.

Not only that, but the Ravens had a very successful draft this year, only adding to the overall strength of the team. Their first-round pick went to Patrick Queen, the linebacker from LSU, with later picks spent on defensive tackle Justin Madubuike, linebacker Malik Harrison, and defensive tackle Broderick Washington. With all of these new additions, the Ravens defensive line has gone through a complete overhaul. Another surprising move was picking up the running back J.K. Dobbins in the 2nd round. Baltimore has added some crucial new players in key positions, and it will be difficult for any team to compete against them in the AFC.

In the AFC East, the Bills clearly have the best roster by a decent margin. Starting off, the Bills have a top 5 defense, and that’s something that the team has historically always put emphasis on. Head coach Sean McDermott is defensive-minded at heart from his years as a coordinator for the Panthers. Even with the departure of Shaq Lawson and Lorenzo Alexander, their defense should still be top tier. Defensive end Mario Addison was picked up in free agency, and A.J. Epenesa was drafted in the second round. These new additions will help fill the gaps in the defense.

The real questions revolve around the young quarterback Josh Allen. While he has made strides with the squad, his efficiency and accuracy leave a lot to be desired. However, regardless of his shortcomings, he is in a great place at the perfect time. The Bills are looking strong and healthy heading into 2020 while their AFC East rivals are in disarray. Stefon Diggs could be a massive game-changer for the Bills on offense if he can synergize with the rest of the team. There is a lot to be excited about in Buffalo this season. 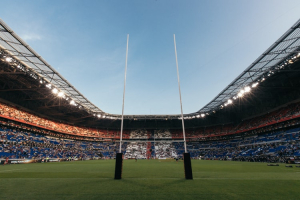 While the defending Super Bowl champions may be the easy choice for the best AFC West team, it doesn’t make it any less accurate. Quarterback Mahomes and most of the championship squad are coming back strong and determined to be successful again in the NFL. In the draft, the Chiefs picked up running back Clyde Edwards-Helaire in the first round, adding to the Chief’s deep offense. Aside from that, it was a defensive-minded draft, adding several new players to the defensive line like Willie Gray, the linebacker from Mississippi State. Overall, the Chiefs have everything they need to be great again this season.

The rest of the league may be looking past the Jaguars, but there’s a lot of potential here.

While truly being the best in their division is a tough hill to climb, the Jaguars are going to outperform everyone’s expectations this year. In the quarterback position, it looks like Minshew is strong and determined to have a breakout season in Jacksonville. Their draft was a mixed bag of offensive and defensive players, but it was overall well-rounded and should help bulk up the team. The talent is here, and if Minshew can get the offense rolling with some help from players like D.J.Chark and veteran Chris Conley, the Jaguars can be a real threat this year. With everyone overlooking this team, they could easily surprise the league.