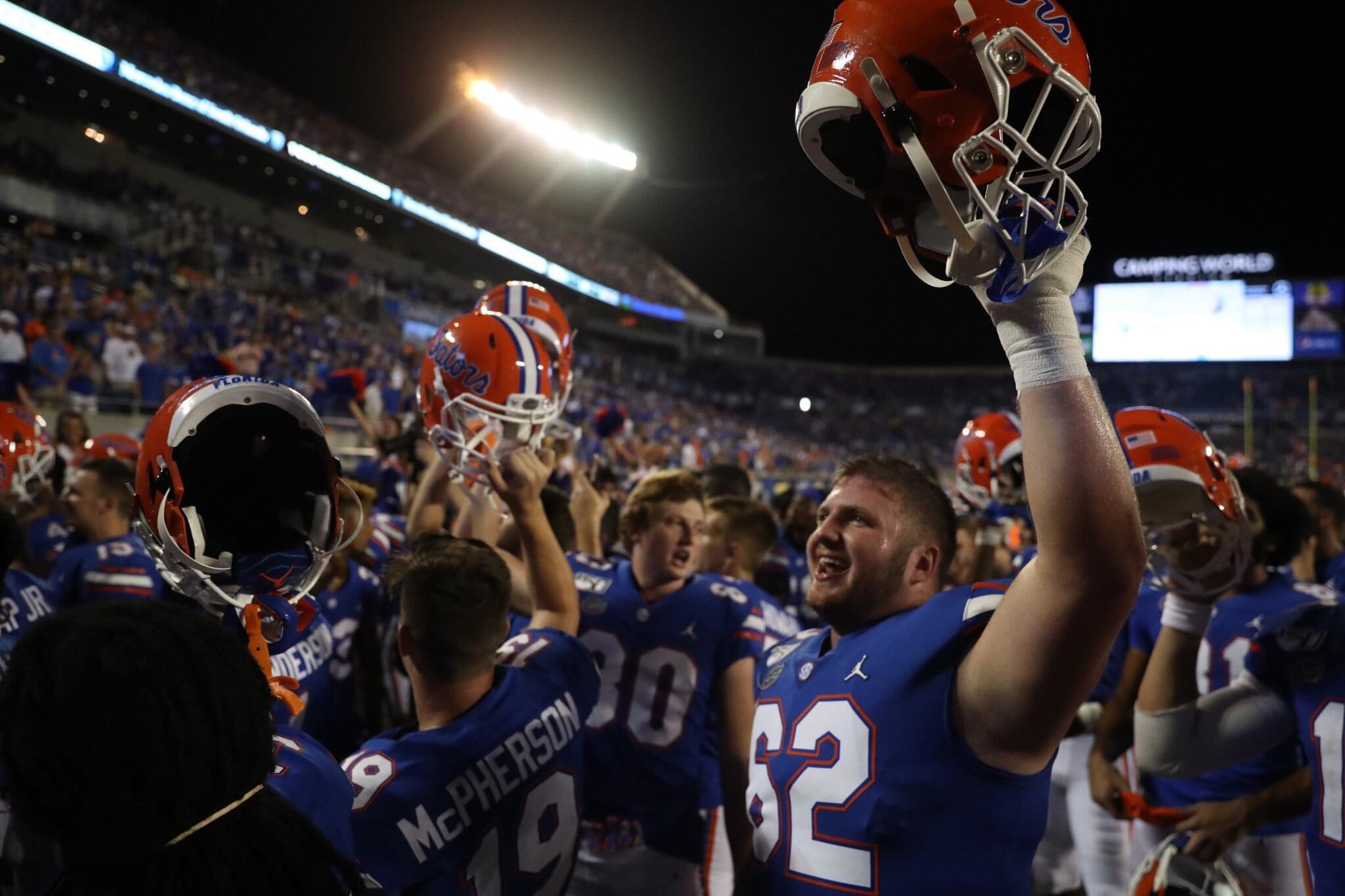 Former Florida Gator wide receiver and current SEC Network analyst Chris Doering joined “XL Primetime” on 1010XL to discuss the upcoming college football season. He started by giving his thoughts on whether he believes Florida should be the favorite in the SEC East.

“I do and I’ve picked them to win the SEC East,” Doering told 1010XL. “You can call me a homer if you want, but when you look at it, Georgia is going to have a tremendous defense and I have the utmost respect for Kirby Smart and what he has done so far back in Athens, but I’m not buying this idea that Jamie Newman comes in and is a world beater.

“It actually reminds me a lot of the Kerry Blackshear situation here at Florida. You come in from the ACC and Blackshear was labeled as the SEC preseason player of the year, talk about setting the bar really high. Jamie Newman hasn’t taken a snap against a team from the SEC. You go back and look at his game against Clemson last year, probably the best defense he played and he struggled in that game.

“I just think there are too many question marks in Athens right now and conversely there is a lot of experience that Florida has and I really like what Florida returns this year. I think the fact that Florida has been close to Georgia the past two seasons, I really feel like they believe they can match up now and the mental thing is half the battle.”

Doering talked about Florida starting quarterback Kyle Trask and the journey he took to become the Gators quarterback.

“I love the story and it’s counter to what everyone else does in this day and age especially at the quarterback position,” Doering said. “Everybody believes that they should come in and start right away and leave for the NFL after three years. Very few people have the persistence and the patience to see something through from start to finish these days.

“I could have seen him leaving and going to a place like Central Michigan with Jim McElwain, but he said he loved being a Gator and it wasn’t necessarily about playing, or starting, but just being on this team at the University of Florida, getting his degree from the University of Florida and just experiencing all that goes along with both of those things.

“I have a lot of respect for that and I have even more respect for a guy that prepares like he is going to be a starter, even if there is no real proof that he will get in the ballgame. When he stepped in the huddle that night in Lexington, he had confidence, he knew where to go with the football, he could read the defense and the offense clicked. I’m excited about him having another season with that coaching staff and I really feel he is going to take that step forward. I don’t feel there is anybody that deserves it more than what Kyle Trask does because of that perseverance and patience that he showed.”

Finally, Doering was asked about the high expectations for the Gators coming into the 2020 season.

“There may be pressure and expectations on the outside, but I really believe that one of the things Dan Mullen has done amongst many other things is getting kids to believe in themselves and getting them to play better then maybe their talent would allow. Now some of that talent level is getting better and the recruiting classes the last few years are getting better and better. Dan Mullen is bringing his own guys in and finding people that fits what he wants to do on offense and defense.

“I do think outside the locker room there is probably some pressure, but I don’t know that he feels it, or his players feel it just because he has done such a great job of getting guys to focus on the task at hand and blocking out the other outside noise.”