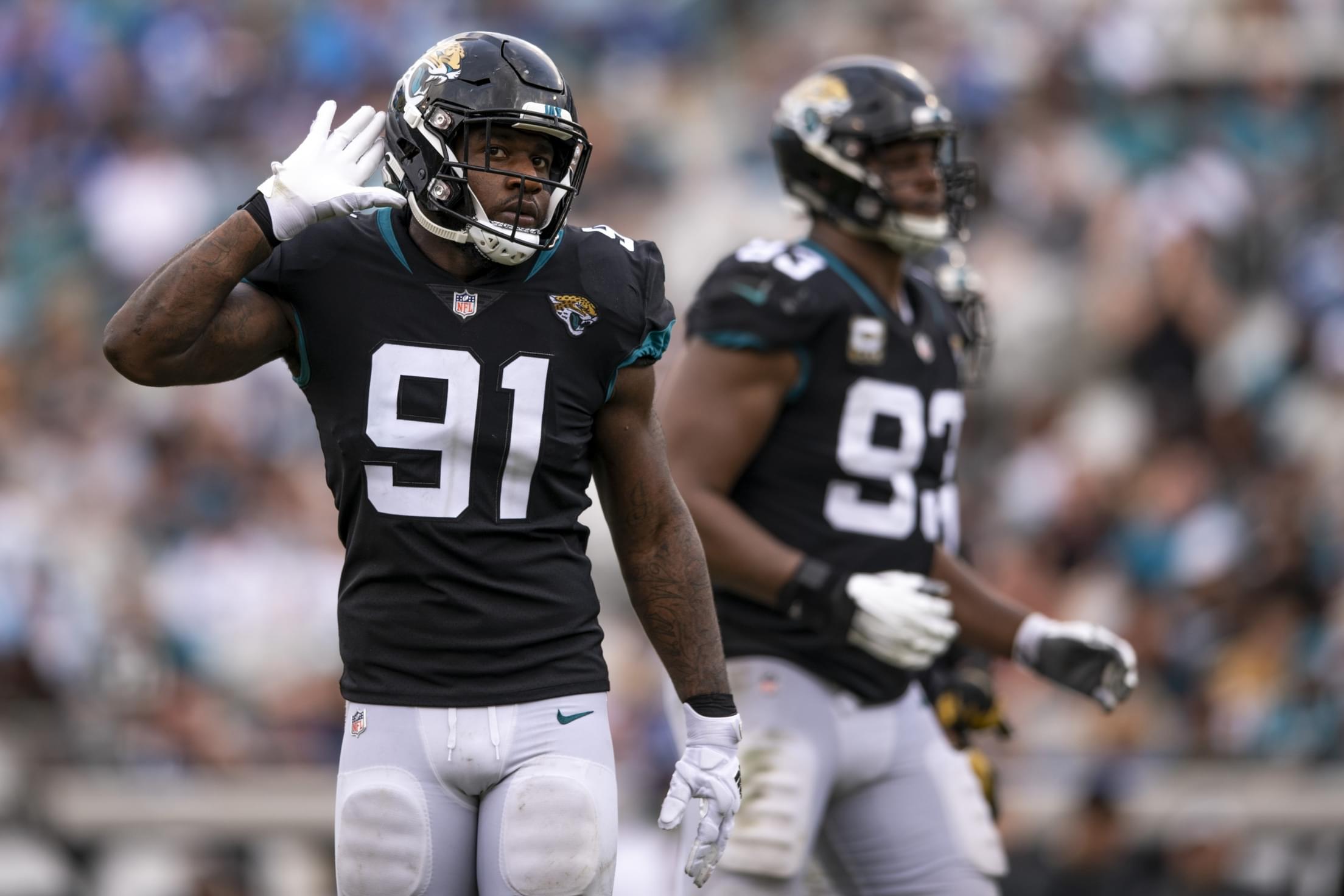 There’s no downside for Ngakoue anymore – and it’s his only way out of Jacksonville.

The 25-year-old Ngakoue should follow Dallas quarterback Dak Prescott’s lead and sign the one-year tender. Prescott cashed in at $31.4 million. Ngakoue would be locking in a 2020 salary of $17.8 million.

That’s not bad cash especially, you know, DURING A PANDEMIC.

The coronavirus has completely changed the landscape for Ngakoue.

The only benefit to not signing the franchise tag tender would be to skip training camp. We all know he’s not going to sit out the season and lose out on that money. Plus, he wouldn’t gain an accrued season. The Jaguars could simply franchise tag him again in 2021.

Normally, a dissatisfied player that had been tagged would sit out training camp, show up the week of the regular season opener, sign the tender and play. He avoids fines because until he signs the tender he isn’t under contract.

There’s really no benefit to that strategy now. Yes, if Ngakoue were to sign the tender then he has to report on time to avoid fines. However, this will be the easiest training camp in the history of the NFL. Tom Coughlin is gone. There is no chance Jaguars coach Doug Marrone will push players through a grueling camp after missing the entire offseason program and with the risk of COVID-19 present.

Ngakoue should also want to lock in his lucrative salary in case the coronavirus does disrupt the season. There’s a chance Ngakoue could still get paid some of his salary and never actually play for the Jaguars this season. It’s a doomsday, and unlikely, scenario but one that can’t be discounted.

Ngakoue should also sign to help fulfill his wish of being traded. Players that have been franchise tagged have until July 15 to work out a contract extension with their teams. After that, no deal can be consummated until the start of the next league year in March.

That kills Ngakoue’s trade value after July 15. No team is going to give Jaguars general manager Dave Caldwell the compensation he would want for what could be a one-year rental. Keep in mind, if Ngakoue plays for the Jaguars this season and then signs a big deal with another team in free agency next year the Jaguars would likely get a 2022 compensatory third-round pick.

Ngakoue’s best hope for a trade is to sign the tender and allow an interested team to trade for him prior to the deadline so the team can bring him in with a new extension. That would lead to better value for the Jaguars.

There are currently 20 teams with over $12 million in salary-cap space, according to spotrac.com. They could all make a new Ngakoue deal work. It’s hard for me to believe there isn’t one of the 20 that wouldn’t give up a first-round pick or a combination of second-round and beyond choices to acquire Ngakoue. He’s already got 38 ½ career sacks and 15 forced fumbles when you count playoff games and he’s yet to reach his prime.

Ngakoue has made disparaging comments about Jaguars ownership. He needs to be traded. But it can’t happen until he signs the tender.

Ngakoue should shift the burden to Caldwell and sign it. The worst-case scenario for Ngakoue would be that a trade doesn’t happen and he has to go through a watered-down training camp. He needs camp anyway to get in football shape.

Ngakoue should’ve learned that last season when he held out the first 11 days of training camp. He hurt his hamstring, missed the second game and only posted two sacks in the first seven games of the season. Why risk a slow start to the season when it’s clear he’ll either hit the market next year or be franchise tagged a second time at a massive price?