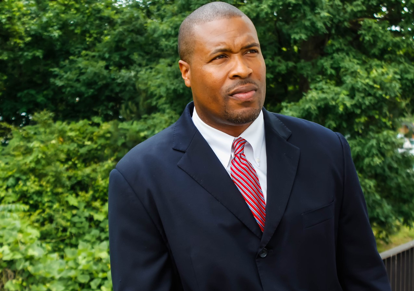 In 1996, the Florida Gators won their first college football national championship and 2020 will mark 25 seasons since that remarkable campaign.

Despite only being a sophomore in 1996, Rutledge was already established as one of the leaders of that Gator defense and he played a key role in helping Florida reach, and win, the 1996 college football national title.

Rutledge was asked about Bob Stoops and what it meant to have him as defensive coordinator at Florida in 1996.

“Having him was huge,” Rutledge said. “Bobby Stoops brought in bump-and-run, man-to-man, pressure style defense. The year prior we sat back, played a lot of zone and didn’t really blitz, but Stoops brought in a whole new attitude and swagger aspect that helped us out a lot.”

Florida lost its regular-season finale in 1996 to arch-rival Florida State 24-21. Rutledge was asked the mood of the team following that tough loss.

“It actually started right after the game thinking that the whole season was lost after we lost to that really good Florida State team,” Rutledge said. “Losing that game, we just thought that everything we worked hard for during the season and during the summer was over. So losing that one really hurt.

“Championships are always the goal and knowing that we had a chance to play for a conference title and we had to be up for it because Alabama was good. We went out and won that game and then we were just fortunate enough to have another shot at Florida State.”

Florida would get another shot at Florida State in the 1997 Sugar Bowl and Rutledge talked about what that second chance meant to him and his team.

“For us it meant the world,” he said. “To have another shot in a national title game and for us we only changed two things from the first game against Florida State. On offense we went to the shotgun and on defense all we did was go from an over front to an under front. That was it, those were the only changes that we made, but we knew playing them twice, they weren’t going to win twice. We knew we were going to win that game no matter what.”

“That was our first national title and the first one is always special. For us to do something as a team that was never done before, yeah, that was a special moment.”

Many Gator fans have wondered which team in Florida history was the best, 1996, 2006, or 2008. Rutledge gave his thoughts on that.

“I would take my 1996 team against any Florida team, but when I look back on it just being a fan, I like that Tim Tebow team with Brandon Spikes and Percy Harvin,” Rutledge said. “Those guys were hard to stop, but for me I would have loved to played them.”

Rutledge was asked if it was 3rd-and-1 and he meets Tim Tebow in the hole when both were in their prime, what would have happened?

Finally, Rutledge gave his thoughts on Dan Mullen and the job he is currently doing with the Florida football program.