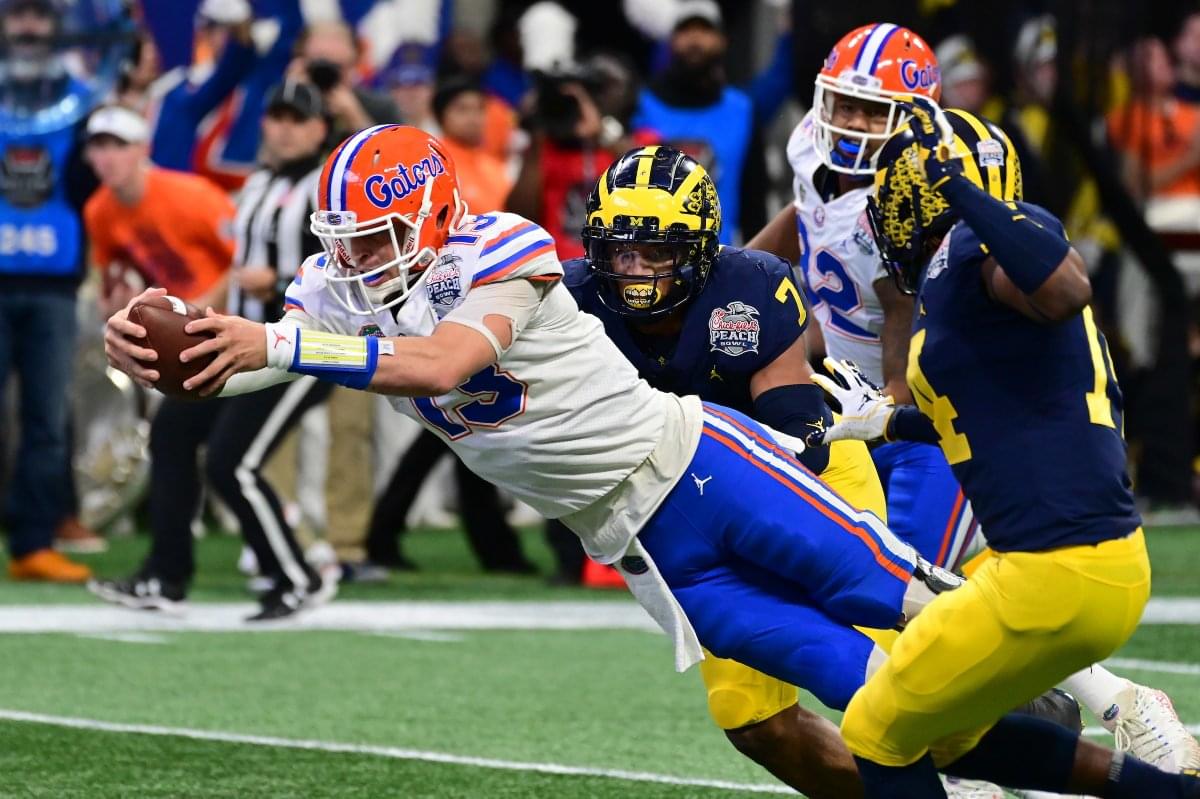 It’s not often that an SEC quarterback will throw for over 4500 yards and 38 touchdowns in one uniform and finish his college career in another SEC uniform, but that is the story of former Florida quarterback Feleipe Franks. Franks played in 28 games the last three seasons at Florida and will now finish his college career with the Arkansas Razorbacks.

Franks joined “XL Primetime” on 1010XL to discuss his decision to transfer from Florida, but first, he gave an update on his leg injury, an injury that cost him most of the 2019 season.

“It’s been a wild and tough journey,” Franks told 1010XL. “At the same time it has been very rewarding and a blessing. It’s given me a chance to take a step back, humble myself and look at football and what I do in a different perspective.

“Health wise I’m doing good; I’ve come a long way and am about 100 percent again. I’m ready to go and ready to get back at it this season.”

Franks talked about wanting to end his college career on a high note in the 2020 season.

“My journey has definitely been different than most, but I think that’s what makes it unique,” Franks said. “This upcoming year in 2020, I want to do exactly what I was doing going into the 2019 year at Florida: being consistent and just picking up right where I was at and being on that roll again. I’m just ready to be back on the field again.”

Franks was asked how hard it was to transfer and leave the Gator football program.

“It was definitely a difficult transition,” he said. “I grew up in Florida and then coming to the University of Florida was always something I dreamed of. I just have so many memories from high school, to when I got to Florida, to when I played for Florida, so it was a blessing and I will definitely cherish those memories and the lifelong friends I have at Florida.

“But at the end of the day I’m ready for a new chapter in my life at Arkansas and I’m excited to get this opportunity. I have an opportunity to go out there and play another year and I think that is the best opportunity and that’s kind of how this journey went in a nut shell.”

The question has been asked many times among the Gator fan base, if Franks was healthy and decided not to transfer, would he have had the opportunity to compete once again for the starting quarterback job?

“I don’t think my influence to leave Florida had anything to do with trying to compete for the job,” Franks said. “I just think for me it was going to the vibe of a fresh start and that’s what was best for me. It was a mutual one because I definitely had the conversation inside the office with the coaches and my family. It didn’t have anything to do with competing, or wanting to compete. I stayed there for four years and competed every year I was there. So, it had nothing to do with that, I just wanted a fresh start.”

Franks came to Florida alongside current Gator starting quarterback Kyle Trask in the 2016 recruiting class; they have shared that quarterback room for the past four seasons. Franks was asked, now that he is gone, what his current relationship with Trask is.

“I don’t think the relationship changes,” Franks said. “I mean genuine people stay genuine no matter what people on the outside think, or want you to portray. The relationship stays the same, but at the same time I have a job to do just like he has a job to do. I have to go and my end goal is to hear my name called next year at draft time.

“At the end of the day our relationship stays the same. We are still really good friends, but we both have a goal to get to now.”

Franks graduated from the University of Florida in December of 2019 and received a standing ovation from the crown in attendance. He was asked what that meant to him.

“I think it’s awesome,” Franks said. “There were a lot of relationships that were built here and so much blood and sweat that went into being a part of this great program. I was blessed to be a part of it for four years and I feel it’s what made me who I am today. I think all that matters and just because I’m going to a different school for my last year, it doesn’t change the four good years I had here.

“I think it’s awesome that I got that standing ovation because Florida means a lot and Florida will always have a special place in my heart.”