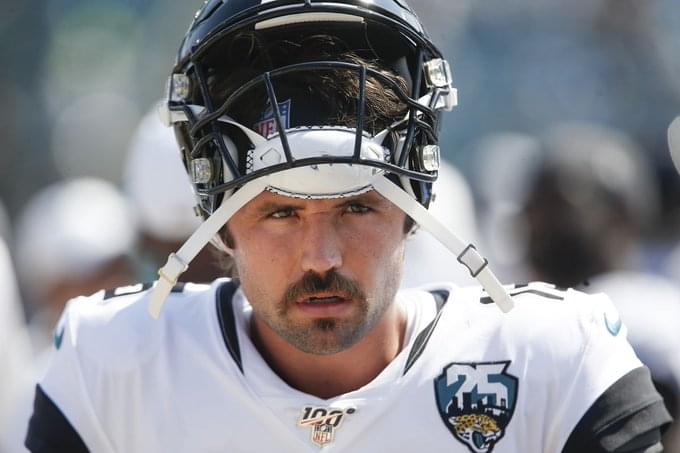 He is happy with his progress.

Minshew met with reporters Thursday on a video conference for the first time this offseason. He spoke in detail about his offseason conditioning work.

“Really putting an emphasis on trying to figure out the best weight for me to have as much arm strength as possible, while maintaining as much speed,” Minshew said. “So just figuring that out, it’s been a fun process.”

Minshew has been on a consistent training program since February, consisting of six days of training a week.

Minshew had an eventful rookie season. He was roughed up in the preseason as Nick Foles’ backup. Foles broke his collarbone 11 snaps into the opener, forcing Minshew into action. Minshew started the next eight games before Jaguars coach Doug Marrone went back to a healthy Foles. After three lackluster starts from Foles, Minshew was back running the offense for the final four games.

Minshew enters his second season as the unquestioned leader of the offense. Jaguars general manager Dave Caldwell traded Foles to Chicago and didn’t acquire a quarterback that will immediately challenge or unseat Minshew.

“I had conversations with Dave Caldwell, and I told him to do what he thinks is best for the team,” Minshew said. “I believe that I give us the best chance to win no matter what. I’ve got to prove that every day and I’m excited for the opportunity to be able to prove that.”

The coronavirus has turned the NFL into a virtual state where teams can’t be together practicing in the off-season program. That presents another challenge to Minshew, as he tries to learn a new offense under first-year coordinator Jay Gruden. The Jaguars also have a new tight end in Tyler Eifert (free agency) and a second-round rookie receiver in Laviska Shenault.

“I’ve been talking to the receivers, and everybody,” Minshew said. “We’re working on being back in Jacksonville soon, we’ll be able to get some field work there. We’ve been doing some players only walk-throughs virtually that have been helping guys learn and also just getting us together. Then, moving forward we’re also going to try and get together a little bit more before camp to kind of get what reps we can, while being safe and smart.”

Minshew described how the virtual learning has worked.

“On Microsoft TEAMS there is an application that is called Whiteboard and so you are basically on a group call,” Minshew said. “I will call out a play and like whoever is in for that play will just draw their assignment and we just kind of go around and talk about it. What are you thinking here? What do you like against cover two? How are you running this? I think it is a good way, it is one thing to learn it on paper but to hear the call and then know what to do right there, I think it has been a good way, got to make the best of a bad situation.”