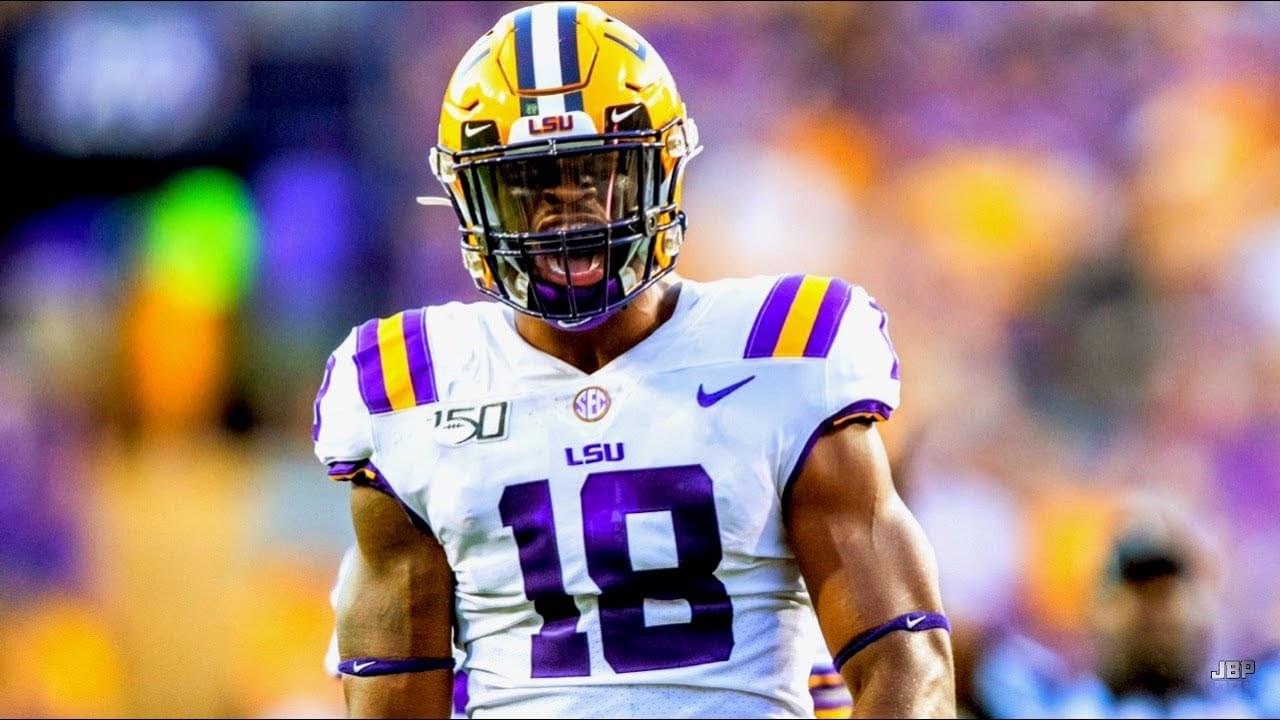 That defensive ability led them to the AFC Championship Game with a flawed offense.

That plan remains in place, with a hopeful upgrade.

The Jaguars new mantra might be: “Rush and Cover with Character.”

“We went on this journey, and we looked for guys that would fit our team, not only athletically, but we got two tremendous athletes,” Caldwell said. “Guys that really fit the mold of what we look in a corner. C.J. can cover. We believe he can take a team’s number one receiver away because of his athleticism and his speed. He’s a great young man. He’s all about football. Same with Mr. Chaisson. He’s a tremendous, tremendous team-guy. We feel like he can bring a presence on the edge. He can set the edge as a very good run defender. You see him against big SEC tackles, locking guys out.”

Jaguars coach Doug Marrone has said multiple times this off-season he didn’t want a lot of drama on this team.

The Jaguars have had plenty over the last two years from Dante Fowler, Jalen Ramsey, Telvin Smith and Yannick Ngakoue.

“Is this something that we’ve stressed? Yes,” Marrone said. “But we were able to do that without sacrificing the talent or potential. These guys are talented. They have great potential playing in this league. They have good production. We feel like they’re going to come here and do a great job, and then the character and the way they’re going to be with their teammates. I really feel like we’ve hit a home run with those two.”

Henderson (6-1, 204 pounds) started 27 games for the Gators, playing in 33. The 21-year-old Henderson intercepted six passes in his career with 28 break-ups. He also made eight tackles behind the line and recorded four sacks.

The need for a No. 1 corner was immense. Henderson should jump ahead of Tre Herndon and Rashaan Melvin with ease.

Henderson ran the 40-yard dash in 4.39 seconds at the NFL Scouting Combine, while also doing 20 reps on the bench press at 225 pounds.

Henderson had been knocked by analysts in the draft process for his tackling ability, but Caldwell said his coverage ability far outweighed those concerns.

“His coverage ability and the ability to man-up and really shut guys down stood out,” Caldwell said. “Coming in and out of breaks and watching him stay in a receiver’s hip pocket against some of the best receivers in college football.”

Chaisson (6-3, 254) only played in 26 games in college. He recorded 9 ½ career sacks. Chaisson was awarded LSU’s coveted No. 18 jersey this past season, which goes to a high-character player that does everything right.

“It was more about how much better he got as the year went on and how he played in those last four or five games when it really mattered,” Caldwell said. “I really felt like he’s just scratching the surface. He’s a guy with good length, great athleticism and really watching him against Georgia and later in the year against Clemson, he really started to come on.”

The 20-year-old Chaisson will likely replace disgruntled Yannick Ngakoue, who the team has placed the franchise tag on. Ngakoue wants to be traded. Caldwell and Marrone spoke as if Ngakoue will be on the team but that seems unlikely. A trade this summer for 2021 draft capital makes the most sense.

That would give the Jaguars two potential standout edge rushers. Josh Allen made the Pro Bowl as a rookie last season.

Chaisson didn’t work out at the combine and LSU’s pro day was cancelled because of the coronavirus, but his speed off the edge is evident.

“The one thing about this guy right here is that he has speed,” Marrone said. “He has an unbelievable spin move. I think the speed… the power is going to come and become better. I think once that comes, he can be a dominant rusher in this league. The one thing I do think is that, when you watch the film in our league, I think he can get a lot of penalties, meaning he is quick and fast, and he gets on the edge of those guys. We think he’s going to be a really productive player for us.”