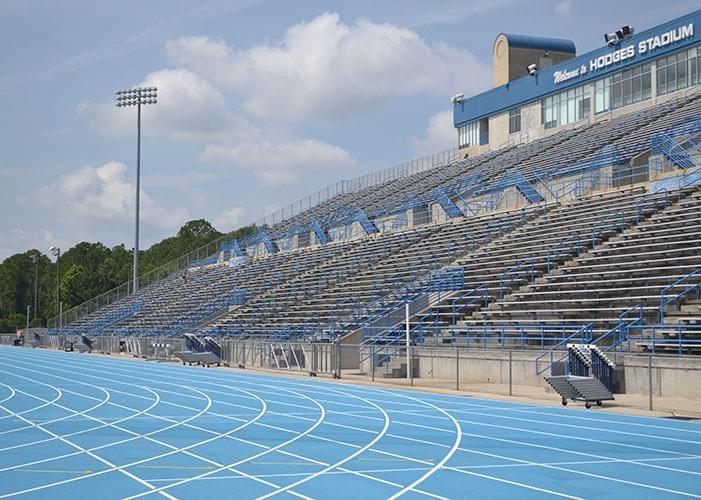 It’s been almost two full weeks since the live sports left our arenas, stadiums and television sets. Not be selfish here, there are far more important things going on in the world then sports, businesses have closed, employees laid off and lives have been lost.

In the past, whenever society has dealt with tragedies, sports has stepped up to be a much needed distraction. Whether it’s natural disasters, mass shootings, or yes, even September 11, sports have helped ease the pain, if only for a few hours.

I will never forget as a high school student watching the great Jack Buck in St. Louis give a passionate speech prior to baseball resuming for the first time since the terrorist attacks.

On a much more personal level, I remember being in the stands on September 23, 2001, twelve days after the attacks of 9/11, watching the pregame festivities prior to the Jaguars and the Titans. Seeing the first responders come on to the field, singing the national anthem. It is something that I will not forget.

It didn’t matter who won the game, what mattered was we were all together watching the sports we love and getting that diversion from the stress of everyday life.

I have been working in sports radio for almost 18 years, but have been a fan for well over three decades. In my wildest dreams, I never imagined that one morning we would wake up and all sports would just be gone. I guess you can say I, and we as a society, have maybe taken sports for granted.

Think about your everyday life and how many times in the past you would flip through the channels and see a ballgame on and think to yourself, “I’ll just watch it later,” or “I’ll watch the next one tomorrow.”

Think about how many opportunities you had to go to games in the past, but decided not to for whatever reason.

Sports isn’t life, but what sports and our favorite teams provide us is a break from reality. They provide us a release from some of the struggles of our everyday life and for that reason sports is a very big part of society.

I know it seems life forever, but it has only been two weeks since sports left us. I for one have realized over these two weeks how important sports is not only to myself, but my family, friends and communities all over the country.

This virus will go away, sports will return and when they do, I for one will never take them for granted again.