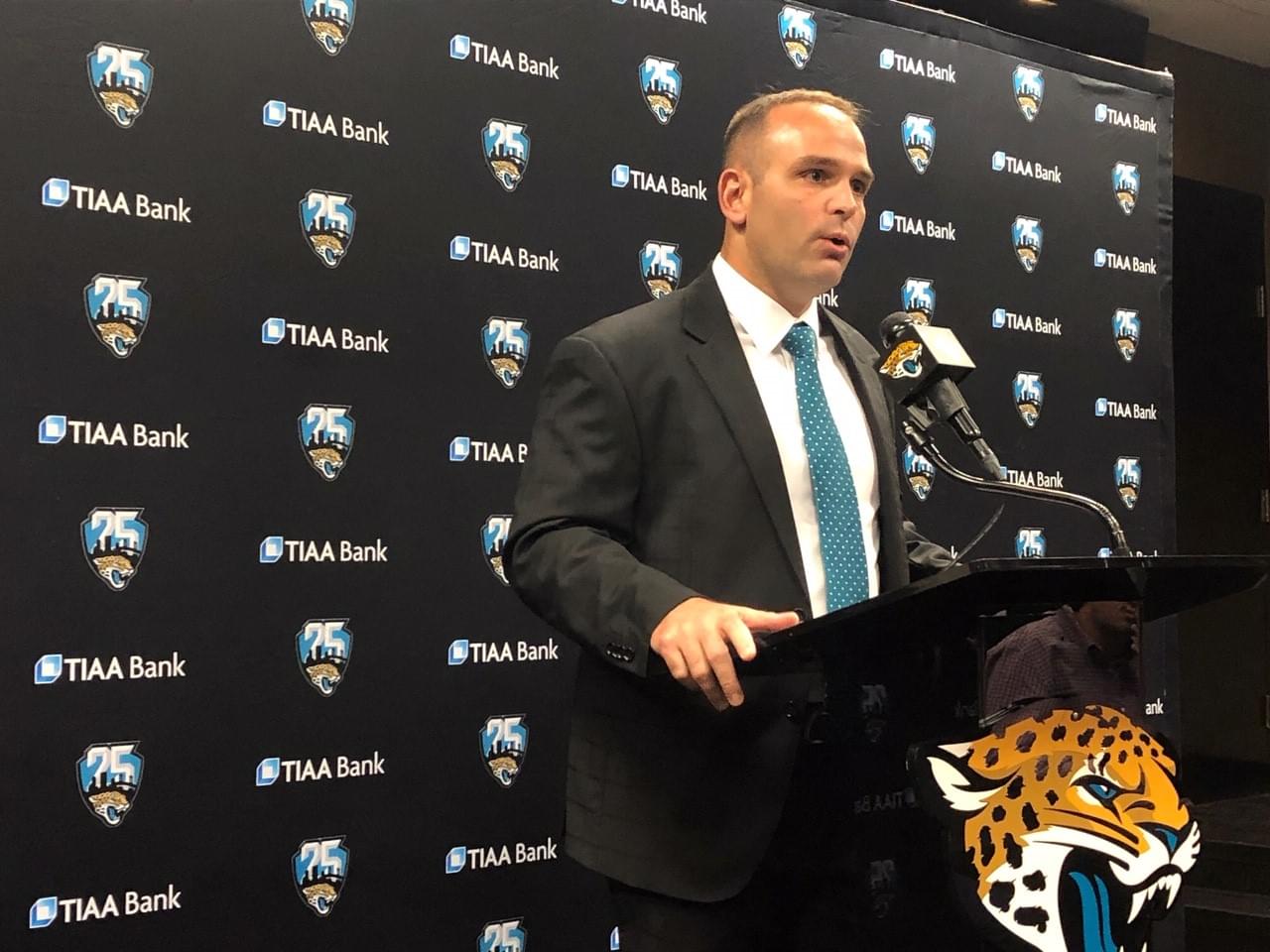 Tear this thing down and rebuild.

The roster is awful. The team is coming off a 10-loss season. The six teams the Jaguars beat last year were a combined 18 games under .500.

The presumed starting quarterback, Gardner Minshew, is headed into his second season in the NFL.

There is little hope the team can field a contender this fall.

So, tear it down.

Enough of the empty “win-now” talk.

The worst strategy a team can employ is having one foot in win-now mode and one foot in rebuild mode. That’s when disaster strikes (or in our case with the Jaguars, lingers).

The Jaguars moved on from cornerback A.J. Bouye on Tuesday in a trade reported by ESPN that sends the 28-year-old former Pro Bowler to Denver for a late fourth-round pick (originally NFC champion San Francisco’s pick). The trade can’t be official until the new league year begins on March 18.

The Jaguars defense finished 21st last season in points allowed. They were 24th in yards allowed and 28th against the run. In addition to Bouye, the Jaguars have already declined the option on defensive tackle Marcell Dareus. So, two veterans that combined to play 1,136 snaps last season are gone from what was already a bad defense.

It’s stunning how little talent is on this defense, especially in the linebacking corps and secondary.

Honestly, it’s silly not to dump every high-priced veteran and stock up on picks and rollover salary-cap money.

I love defensive end Calais Campbell, but why would you pay him $17.5 million this season just so you can go 4-12? That’s what this team will be this season. Wouldn’t it be better at this point to get a pick for him?

A full rebuild would see defensive end Yannick Ngakoue depart. Once you come to the conclusion that the team won’t be competitive for the next two years, it makes sense to place the franchise tag on him and trade him. Why pay Ngakoue a bunch of money over the next two years when the team will be rebuilding?

If you can get a pick in a trade for quarterback Nick Foles or left guard Andrew Norwell, fantastic.

You can certainly argue that Caldwell shouldn’t be in charge of this rebuild. He’s 39 games under .500 with the Jaguars in his first seven years on the job.

However, I’ll give him credit because if this is a rebuild it’s off to a great start.

The Jaguars have six picks in the first four rounds and 10 overall in this draft. They have nine selections in the 2021 draft. They have four first-round picks in the next two drafts thanks to Caldwell fleecing the Los Angeles Rams for two ones and a 2021 fourth for immensely-talented yet perpetually-disgruntled cornerback Jalen Ramsey.

Making decisions in the present is only going to hurt this franchise because they aren’t close to competing for a Super Bowl.

No free agent is choosing the Jaguars unless the money they offer is the highest. Why commit a bunch of money this month in free agency if the next two years look this bleak?

Nothing suggests this team is ready to win. They are 8-20 in their last 28 games.

The division is a challenge, there are games against Baltimore, Green Bay, Pittsburgh and Minnesota this season with two “home” games in London.

While we hope Minshew is the long-term answer, we also know there could be a generational quarterback prospect in the 2021 draft in Clemson’s Trevor Lawrence. There’s a growing belief in league circles that Ohio State’s Justin Fields might be special and he’s also expected to be in that draft class.

Could the Jaguars win now? Possibly, if almost everything broke their way. If Caldwell had an outstanding draft and the team signed a couple impactful free agents, perhaps the Jaguars could win nine games.

If that’s the best you can hope for, it’s better to think long-term.

Caldwell has launched the rebuild. The best course of action would be to fully commit to it.