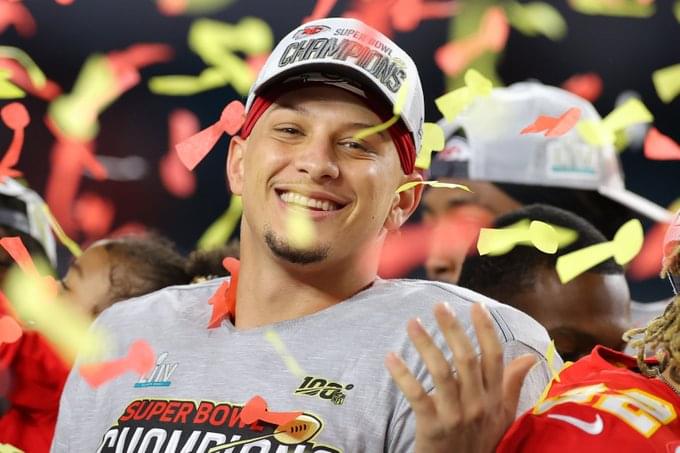 Imagine you’re 23 and you just won the biggest case in your law firm’s history.

Imagine you’re 23 and you just performed a first-ever life-saving surgery.

Imagine you’re 23 and you just made the biggest sale in your company’s history.

Imagine you’re 23 and you just wrote what is considered the greatest novel.

Imagine all of the love; all the accolades; all the money that will be bestowed at your feet.

How do you think you’d act? What would you do?

For the life of me, I can’t imagine how I’d respond to any of those accomplishments at such an age.

Yes, I envy Mahomes. But I also feel for him. And I wish him the best.

Some people are winners and often we don’t know why.

As an NFL coach, he led Washington to three Super Bowl titles, each with a different quarterback.

As a NASCAR team owner, he’s won five Cup Championships with three different drivers and, at 80, is still going strong. He has four teams in Sunday’s Daytona 500 field.

Basically, whatever Gibbs touches turns to gold. He’s the only member of both the Pro Football and NASCAR Halls of Fame. He’s member of the NFL All-100 team.

He never appeared destined for greatness. Born in North Carolina and raised in California, he was a star high school quarterback. He played junior college ball and then played at San Diego State. The NFL never called.

He taught school – several years on the First Coast — and eventually coached for 17 years before landing the Washington job.

What’s his secret? My experience with Gibbs is he shows everyone respect.

Maybe that’s it. Sponsors want to be involved with him. Athletes want to play their best for him.