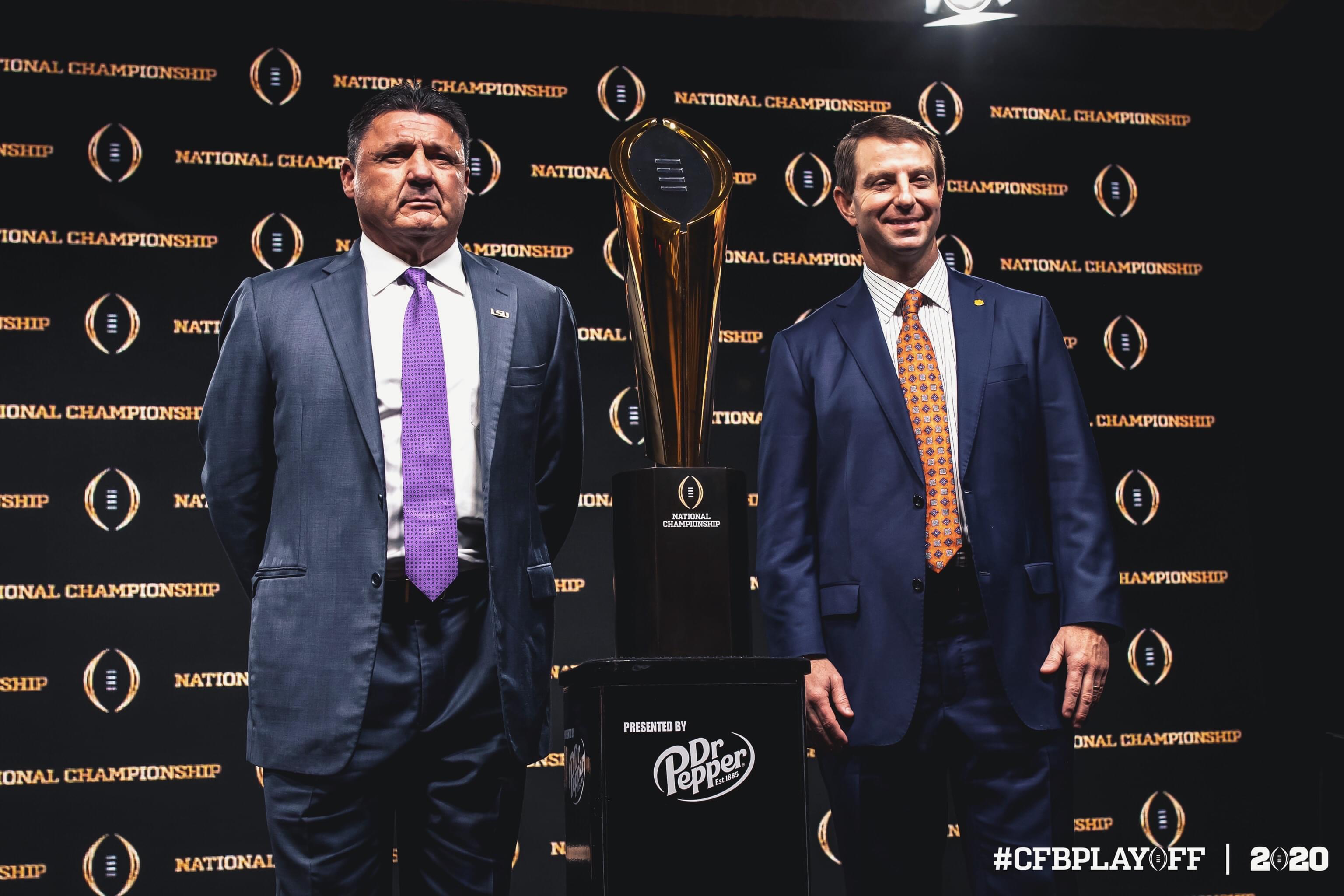 Tonight’s national championship game has the makings of the best college football game ever.

Both LSU and Clemson are 14-0 . . . and seldom tested. Each has an incredible amount of talent. In Joe Burrow and Trevor Lawrence, they have the two best quarterbacks in college football.

So, why are the vast majority of people picking LSU? Clemson is the reigning champion. The Tigers have won two of the last three national championships . . . This is LSU’s first foray into the playoff picture.

I checked with seven college football “experts” and five of them are picking LSU.

All seven expect a high-scoring, close game. Every prediction is 7 points or less. Combined, all of the predictions and LSU wins 36-32.

It has to be the Joe Burrow factor. He had the best season ever by a college quarterback. But picking against Lawrence is risky. He’s never lost a college game.

If you have an inkling of interest in college football, you’ll be watching tonight.