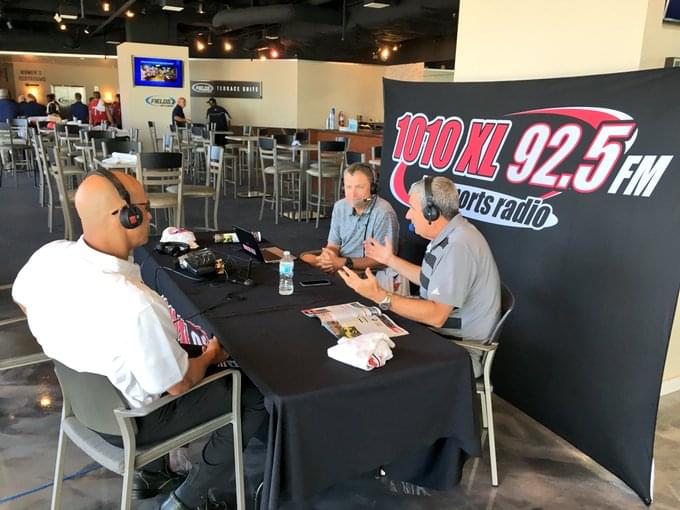 The Fletcher Senators have a new head coach in former Senator football player Bobby Raulerson. Raulerson takes over the program from retiring head coach Kevin Brown who was with Fletcher for the past three decades as an assistant and as the head coach the past handful of years.

Raulerson joined “XL Primetime” on 1010XL to talk about taking over the reins of his alma mater.

“Fletcher is a school with great pride and great tradition,” Raulerson told 1010XL. “I played here for Coach (Kevin) Brown and for Coach (Joe) Reynolds and I have so much respect for them and what the program has done. It’s humbling and it’s an honor and at the same time it wasn’t quite as expected as you might think.

“Given how much Coach Brown loves coaching, we weren’t entirely sure if he was going to step down, but he did. I’m just very honored and blessed to have this chance to continue to build on what the school has done over the many years.”

Raulerson has many years of experience as a head coach in the area, most recently with Bishop Kenny. He talked about his decision to leave Bishop Kenny after the 2018 season.

“When I left Bishop Kenny, which was a wonderful place to coach with great people, I wanted to take some time off and devote some time to my family,” Raulerson said. “So when some circumstances presented themselves to me to be able to come work at Fletcher, it was a tough decision on one hand because I loved Bishop Kenny, but on the other hand there was only one or two places I would leave Bishop Kenny to go to and Fletcher was obviously one of those.

“Coach Brown was gracious enough to let me work with the defense and the secondary this past year and I think that really got me ready for teaching and coaching in public school. I was able to get reintroduced to the people and the hallways, so it’s been great.”

Finally, Rauerson talked about the tough district that the Senators will have to navigate to in order to make it back to the postseason.

“You don’t have to tell our kids when they are coming on the schedule because most already know,” Raulerson said. “They know what it takes to get to the playoffs and I think our number one goal will be to return to the playoffs. I think everybody understands that is what is expected here.”