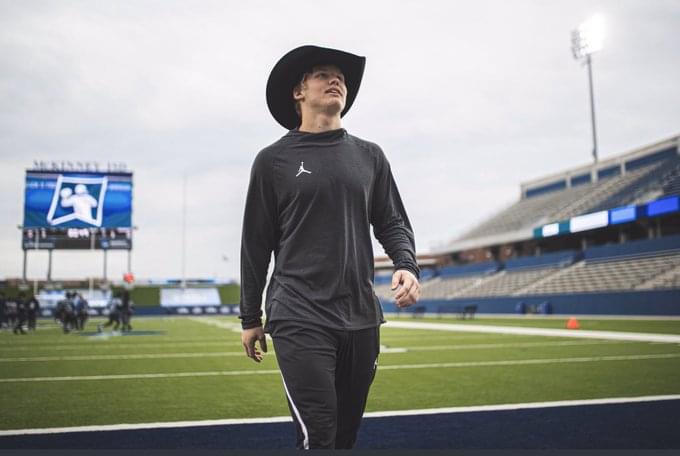 Reed, now at West Florida, threw for 523 yards and six touchdowns to lead the Argos to a 48-40 victory over Minnesota State in the Division II national championship game.

Reed joined “The Sports Den” on 1010XL this week and was asked if he ever imagined that West Florida would be the 2019 Division II national champions when the season started?

“No, and I’d be lying to you if I said yes,” Reed told “The Sports Den.” “I knew we had talent and I knew we had Division I guys at a Division II program, but I would not have thought national championship.”

When did Reed’s thinking on that begin to change?

“We rattled off a couple of wins and we were 7-1 going into that Valdosta State game,” Reed said. “We lost by five when they were on a 26-game winning streak and we really thought we should have won that game.

“We then went out to West Alabama and won a pretty good game there and then got a chance to play Valdosta a second time and beat them. At that point we knew we could beat anyone in the country.”

Reed was asked about his impressive 523 passing yards and his six touchdowns passes, both of which set new Division II title game records.

“I felt pretty good going in and I felt like the stuff we saw on film, they didn’t change at all,” Reed said. “They were playing really far off and they were scared at the kind of athletes that we had.

“I think we may have slacked a little bit towards the end. I was a little upset with how we played in the second half, but I’ll take the championship, it was nice.”

Finally, Reed talked about Division II football and the caliber of athletes that play at that level.

“Guys make it to the league all the time and I think you will see a couple more this year come from Division II. There are dudes that are hidden gems there, you just have to find them.”