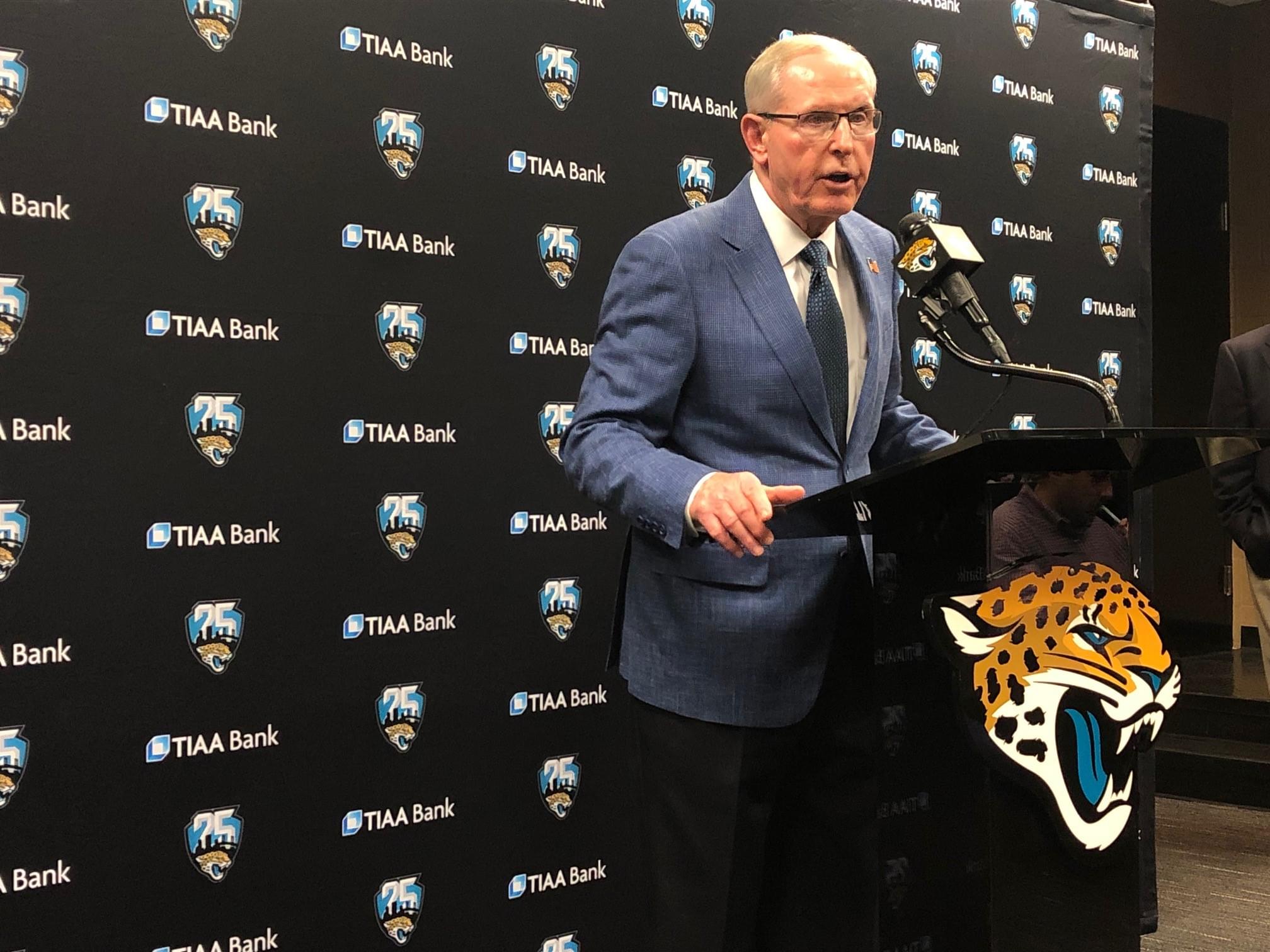 Coughlin Time is over in Jacksonville.

The Jaguars are 5-9 this season and are 7-19 in their last 26 games. However, the final straw for Khan was the blistering statement issued by the NFL Players Association after winning a grievance over the franchise in regards to Coughlin excessively fining players. The NFLPA closed its statement by basically warning players of signing with the Jaguars.

Here is Khan’s statement released through the team.

“Within the past hour I informed Tom Coughlin that he was being relieved of his duties as Executive Vice President of Football Operations of the Jacksonville Jaguars, effective this evening.

“I determined earlier this fall that making this move at the conclusion of the 2019 season would be in everyone’s best interests but, in recent days, I reconsidered and decided to make this change immediately.

“I thank Tom for his efforts, not only over the past three years but for all he did from our very first season, 25 years ago, to put the Jacksonville Jaguars on the map.

“General Manager Dave Caldwell and Head Coach Doug Marrone will each report directly to me on an interim basis. My expectations, and those of our fans, for our final two games and the 2020 season are high.”

Khan’s statement is interesting in that he reveals his mind about Coughlin’s fate has been made up for a while.

Coughlin remains the most successful coach/executive in the 25-year history of the team. As its first coach, Coughlin guided the Jaguars to the AFC Championship Game in 1996 and 1999. He was 68-60 over eight seasons before being fired by previous owner Wayne Weaver.

Coughlin went on to win two Super Bowls as coach of the New York Giants.

Khan hired Coughlin to oversee the football operations in 2017. The Jaguars went 10-6 and reached the AFC Championship Game in Coughlin’s first year back.

Mistakes at quarterback have hurt the franchise under Coughlin. The Jaguars passed on Pro-Bowl quarterbacks Patrick Mahomes, Deshaun Watson and Lamar Jackson in the draft and signed Blake Bortles and Nick Foles to pricey contracts.