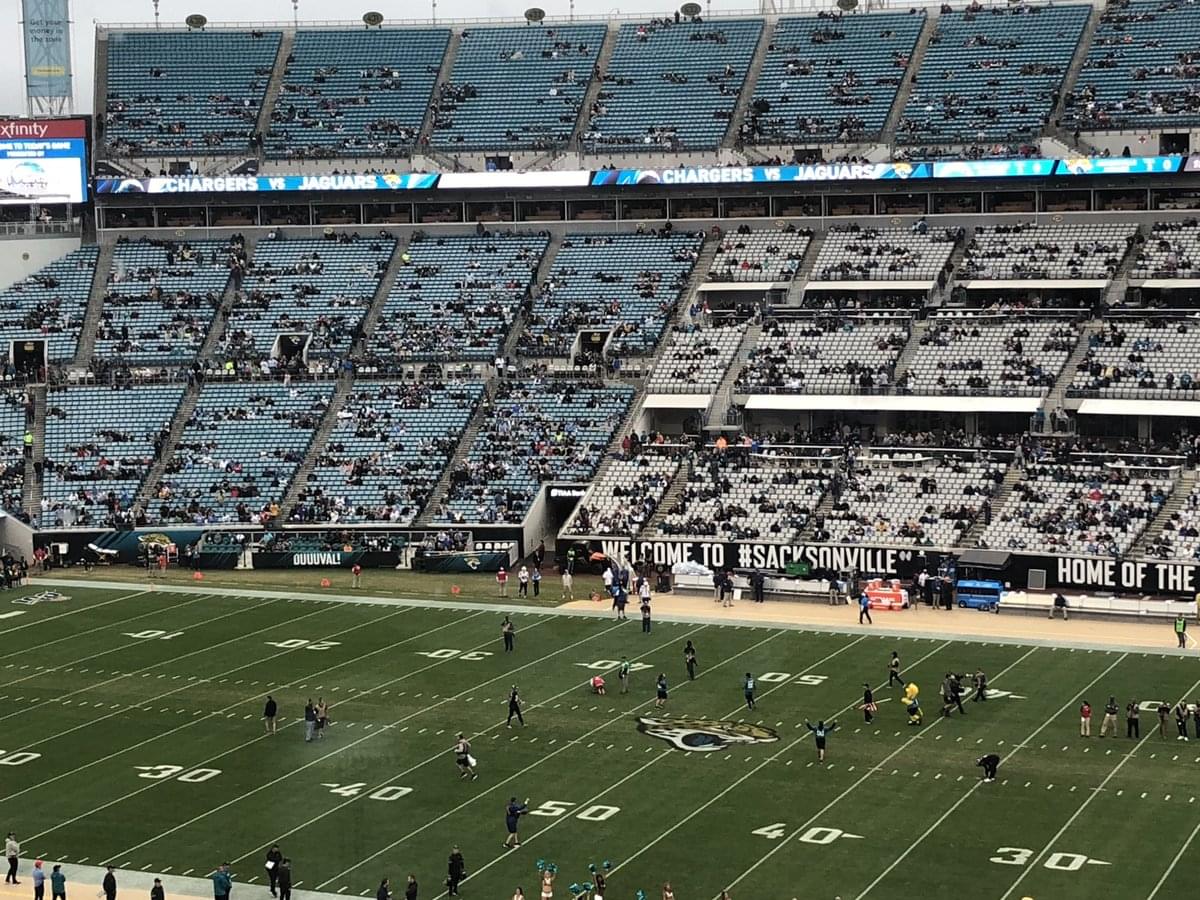 Everyone is getting fired.

That should be evident now to Jaguars owner Shad Khan.

You’d have to either be the most naively patient or disconnected owner in pro sports not to have reached that conclusion.

That isn’t a bold opinion. Not anymore. Not with this much proof.

There simply is no justification to keep personnel chief Tom Coughlin, general manager Dave Caldwell or coach Doug Marrone. Only a person related to these men would balk at the suggestion that they need to take the millions they’ve made here and find new work.

Their collective failure is evident after a fifth-consecutive loss in which the Jaguars (4-9) were routed.

The Los Angeles Chargers delivered this humiliation in a 45-10 loss on Sunday at TIAA Bank Field.

“We’ve got to coach better and play better or else this league will eat you up and spit you out,” Marrone said.

The last team before the Jaguars to lose five straight games by at least 17 points was Tampa Bay – in 1986.

Those five teams aren’t exactly a Murderer’s Row either: Houston, Indianapolis, Tennessee, Tampa Bay and the Chargers are a combined 33-32.

Be thankful the Jaguars haven’t had to play the Ravens, Patriots, 49ers, Packers or Seahawks.

The NFL is set up to specifically not let this happen.

Parity abounds in the NFL. That’s how a team like Denver beats the Texans in Houston 38-24 as the Broncos did on Sunday in a 4-8 vs. 8-4 matchup.

Chargers running back Austin Ekeler ran for 101 yards and added 112 receiving yards. Hall of Famer LaDainian Tomlinson never did that in his legendary career for the Chargers. Ekeler only needed 12 touches (eight runs, four receptions).

Chargers quarterback Philip Rivers posted a career-best 154.4 passer rating. This was his 221st regular-season start. Rivers completed 16 of 22 passes for 314 yards for three touchdowns and no interceptions.

The Jaguars ran one play that went at least 19 yards. Their longest play of the day went for 22 yards.

Will it light a spark? Probably not, and there is no worthy in-house candidate to serve as the interim and perhaps successor. Still, things can’t get worse.

The job gets less attractive to prospective general managers and coaches with each passing week.

What can you count on?

The defense is pathetic.

The quarterback situation has unraveled into despair.

High-priced veteran Nick Foles was awful last week and benched for rookie Gardner Minshew. The sixth-round pick couldn’t muster any magic, throwing for 162 yards. He did protect the football with no turnovers.

The Jaguars aren’t good at anything right now.

Except finding a new rock bottom.