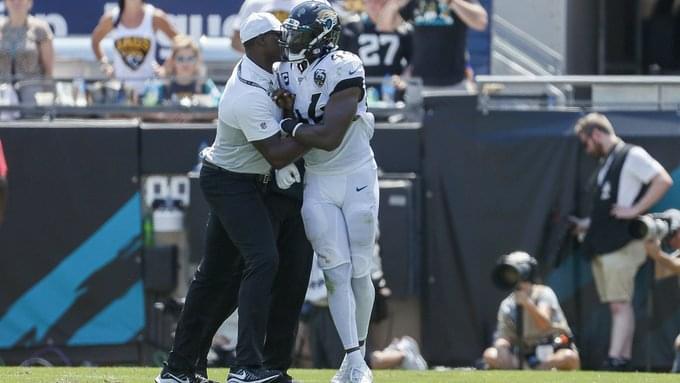 The Jaguars will be missing another cornerstone of their defense.

The fourth-year veteran missed Sunday’s loss to Tampa Bay with a knee injury. Jack leads the Jaguars (4-8) with 66 tackles, but that total ranks tied for 57th in the NFL. Jack also was credited with a half sack and interception. He made three tackles for a loss and broke up four passes.

The Jaguars rank 18th in total defense, 22nd in scoring defense and are 28th against the run.

The Jaguars signed Jack to a four-year, $57-million contract extension on Aug. 31 with a guarantee of $33 million. Jack slipped to the second round of the 2016 NFL Draft because of longevity concerns over his knee. He played in his first 62 games with the Jaguars (counting playoffs) prior to this injury.

Donald Payne will continue to replace Jack when the Jaguars host the Los Angeles Chargers (4-8) on Sunday. Payne recorded 13 tackles with a sack against the Buccaneers.

The Jaguars promoted linebacker Joe Giles-Harris off the practice squad to the active roster to replace Jack.