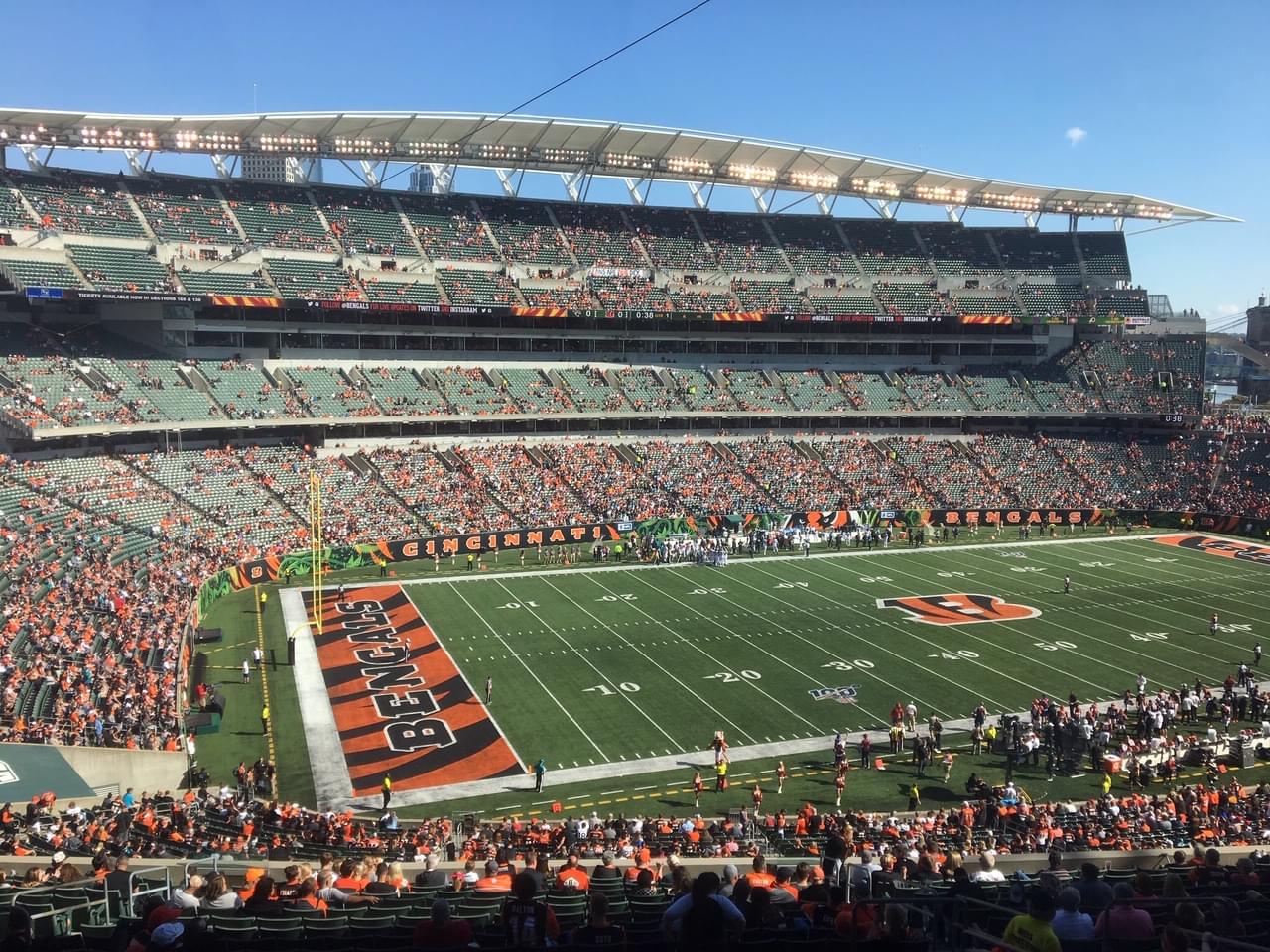 CINCINNATI – The Jaguars are 1-0 without Jalen Ramsey.

The frustrations of a Jaguars offense that would move the ball, but settle for field goals against arguably the NFL’s worst team, melted away in a surge of takeaways.

The Jaguars forced four second-half turnovers in a 27-17 victory Sunday on a gorgeous day at Paul Brown Stadium. The victory allowed the Jaguars to keep their season in reasonable position at 3-4 behind AFC South leader Indianapolis (4-2) and snap a two-game losing skid. Cincinnati scored a meaningless touchdown with 23 seconds left in the game.

The Jaguars entered the game with one defensive takeaway in the first six games.

Next was an interception by middle linebacker Myles Jack after the Bengals had driven to the Jaguars 15 with 8:25 left in the fourth quarter.

Then a Pick Six by defensive end Yannick Ngakoue from 23 yards out that gave the Jaguars a 24-10 lead with 4:18 left in the fourth quarter.

Harrison then closed the Bengals out with another interception off Cincinnati quarterback Andy Dalton.

“We want the ball,” Hayden said. “There’s some stuff we need to clean up, but next week we’re going to try to get three more – maybe four, maybe five, maybe six, maybe seven.”

This was a complete defensive mastery for the Jaguars defense.

Rookie defensive end Josh Allen had a sack. So did tackle Abry Jones.

The Jaguars constantly put Cincinnati in bad down-and-distance situations by completely taking away the ground game.

The defense seemed motivated to prove it doesn’t need Ramsey to be successful. The Jaguars traded the All-Pro cornerback to the Los Angeles Rams on Tuesday for three draft picks (two first-rounders), finally ending a month-long controversy that started after Ramsey publicly asked to be traded after the second game.

“It’s one of the best fronts I’ve seen in a long time,” Cincinnati coach Zac Taylor said. “With or without the guy they just traded, it’s a good defensive backs group. Those guys clamp you down.”

The drought is over. Now, the Jaguars will hope they’ve found their turnover groove for the final nine games of the season.