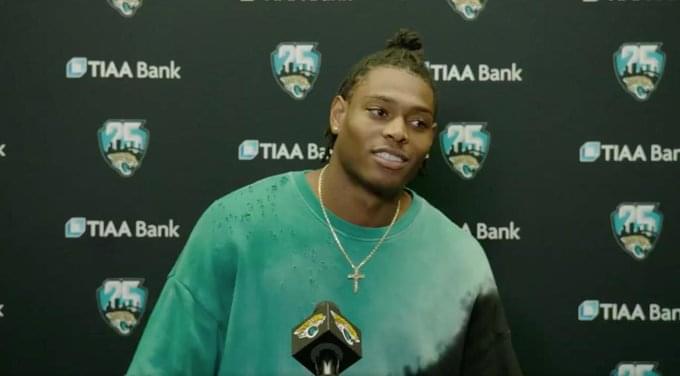 Calling Jalen Ramsey a cancer is an insult to cancer.

He was toxic. He was beginning to look like a saboteur.

He was more than a headache. He was brain surgery without anesthesia.

I’ll miss the brilliance of his game, but he had to go.

Jaguars owner Shad Khan made the right move on Tuesday in finally granting Ramsey his request. The Jaguars traded Ramsey to the Los Angeles Rams for three picks: a first-rounder in 2020 and 2021, as well as a fourth-round pick in 2021.

Jaguars personnel chief Tom Coughlin and general manager Dave Caldwell did well in getting a treasure trove for a player likely faking a back injury that is coming up on a huge contract.

There are many ways this affects the Jaguars now and into the future.

Let’s break it all down.

Losing Ramsey is a huge loss on the field, the death blow to any hope of the Jaguars ever returning to their 2017 glory (55 sacks, 21 interceptions and 12 fumble recoveries). Of the 13 defensive players that played at least 18 snaps in Week 6 of the 2017 season, eight are now gone.

That attrition will take its toll, especially since Ramsey was the best player of the eight.

The Jaguars (2-4) could be galvanized by this trade. That’s the nature of sports. A close team is a dangerous team in pro sports.

Still, a starting cornerback duo of A.J. Bouye and Tre Herndon is solid, but far from elite.

A run at the playoffs remains a distinct possibility, but it’s hard to see the Jaguars doing much if they reached the tournament.

The Jaguars have 18 picks in the next two drafts, including six in the first two rounds.

Who will make the picks remains uncertain, but the Jaguars have tremendous draft flexibility for the next two years.

For now, I believe quarterback isn’t a need with Gardner Minshew and (to a lesser extent) Nick Foles.

The Jaguars should prioritize both lines. You always want to take best available player, but if the value sets up, I would take two offensive linemen and two defensive linemen with those four first-round selections.

The plan should be to field the best set of lines in the NFL for the 2021 season, Minshew’s third year.

The four picks in Rounds 2-3 can be used to stock up on linebacker, cornerback, running back and tight end.

The Jaguars would then have 10 other picks to find contributors.

The Jaguars don’t save much in trading Ramsey now. His salary-cap hit this season was just $2.3 million, according to spotrac.com.

However, Ramsey would’ve commanded a huge contract extension, likely in the $18 million per year range. Even if the Jaguars had kept him on the fifth-year option next season, that would’ve cost $13.7 million.

Now, that money is free.

The Jaguars can shed over $65 million in net savings (after the dead money charge) by releasing them all, which they won’t do, but it shows you how easy it will be to cut.

The Jaguars only have one big financial decision to make and that’s regarding defensive end Yannick Ngakoue, who is playing in the final year of his rookie contract. They certainly have the money to pay him if they choose to do so.

The Jaguars have a worse roster without Ramsey, but this will be addition by subtraction. The Rams won’t be his last team.

This was a trade that had to be made. It presents an enticing situation for either the current front office or a new one.

The Jaguars have some young talent and have many options available in building the team up further.

This draft package and cap flexibility should appeal to any football architect.

Not having Ramsey around will appeal to everyone.