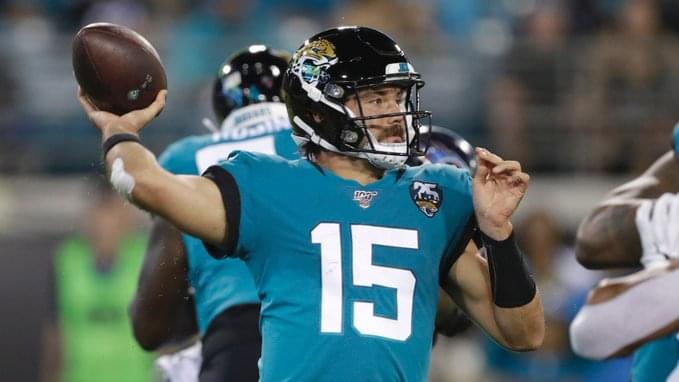 This was bound to happen.

Even for Minshew Mania. Even if we were dreaming that it wouldn’t.

We knew it had to. This is the NFL. Every player gets humbled.

Jaguars quarterback Gardner Minshew was eventually going to have a game where he looked like a rookie.

Sunday was that day. New Orleans dominated Minshew en route to a 13-6 win at TIAA Bank Field to drop the Jaguars to 2-4.

“It was a tough day,” Minshew said. “They are a good team. I missed some balls that I can’t miss. They played good coverage at times and got after us up front at times. We’ll go look at the film and figure out what we need to fix.”

Minshew completed 14 of 29 passes for 163 yards with no touchdowns and one interception for a passer rating of 51.4.

“Offensively, we weren’t in sync,” said Jaguars coach Doug Marrone, who dropped to 4-14 in his last 18 games.

“Sometimes you have to say, ‘Shoot, those guys are pretty darn good, and they covered our ass and they won that battle.’ I hate to say that, but that’s what happens. Now, when it comes to coaches, we’ve got to do a good job of scheming things up and getting guys open.”

He had been able to consistently connect on explosive plays. Against the Saints, the Jaguars longest gain was 23 yards.

“When they covered us, they were in Cover 2 man throughout the game,” Chark said. “Personally, on my end, Lattimore did a very good job by covering me along with the safety which made it harder for me to run my routes on my end of the field. We had to change up the play scheme and get to the middle of the field, but they had a pretty good defensive game plan coming into the game and not giving up too many yards to our offense.”

Chark caught three passes for 43 yards on seven targets. Minshew acknowledged that the extra attention to Chark made it difficult to force the ball to him. The problem was the two other primary receivers – Dede Westbrook and Chris Conley – combined to catch three passes (all from Westbrook) for 53 yards on 11 targets.

“They put Lattimore on him, but they also had a safety on him for most of the time,” Minshew said. “If DJ is one-on-one, I’ll take him versus anybody. When they start putting two guys, it gets tough. We got enough guys in that room that can make plays and we’re going to do better.”

The NFL punched back on Sunday. The Saints authored up an uppercut.

Now, it’s up to Minshew, Chark and Marrone to find the counterpunch.

The Bengals will look to employ the same plan New Orleans executed when they host the Jaguars in Cincinnati on Sunday.

Minshew still has good numbers over the six-game stretch. He’s completed 124 of 194 passes (63.9 percent) with nine touchdowns and two picks for a passer rating of 97.5.

Now, he gets to show if he’s a legit starting quarterback.

Can he beat the new book on him?

He has three games left until Foles might be ready to return.

If Minshew can rebound from this, Sunday will have been a temporary speed bump for Minshew Mania.