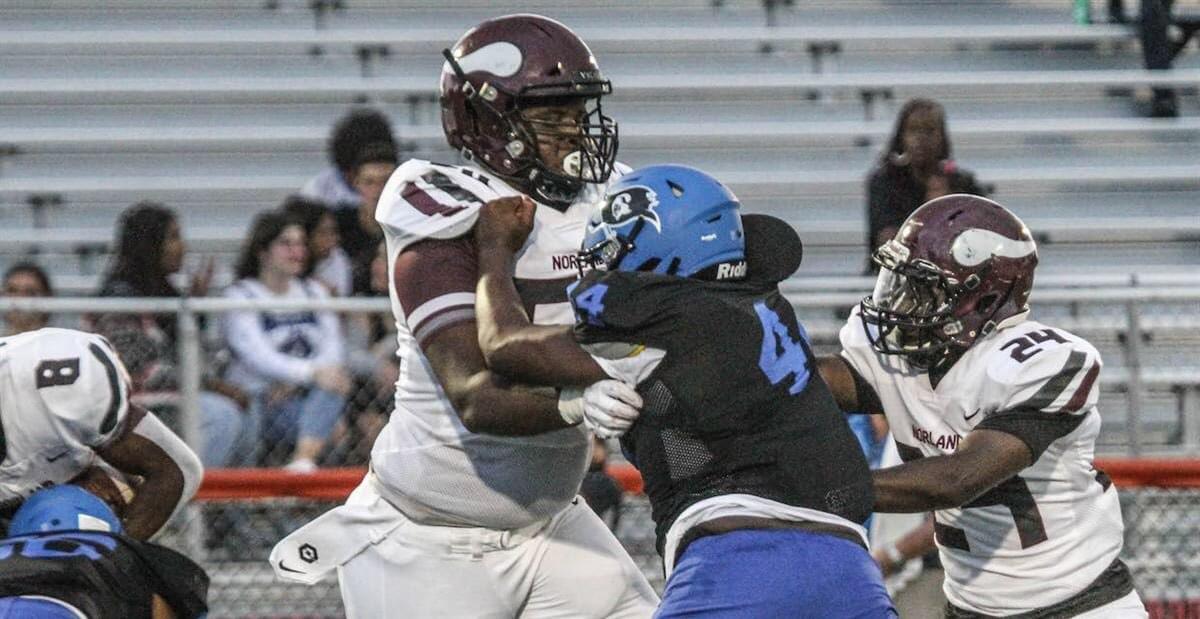 Saturday’s 24-13 win for Florida over Auburn was a great day for the Gators on the field, but Florida also had a great day, on the recruiting trail, receiving a commitment from four-star offensive tackle Issiah Walker Jr.

Walker, who will play in the Under Armour All-American game in January, talked with 1010XL about his commitment and what lead him to the Gators.

“The coaching staff and the school,” Walker told 1010XL. “Plus, Florida was really my first ever offer, so I’ve always held that love in my heart for Florida.”

Walker was in Gainesville this past Saturday to take in the Florida and Auburn game and was asked what the environment was like.

“It was crazy,” he said. “When Lamical Perine scored, the whole place was crazy.”

Walker, (6-foot-4, 309 pounds) from Miami Norland is considered to be among the top 20 offensive tackle prospects in the country for the class of 2020. Walker was committed to South Carolina, but de-committed from the Gamecocks back in July.

Walker was asked to give his thoughts on head coach Dan Mullen.

“He’s definitely a cool coach,” Walker said. “He’s a family guy, my parents love him and I love him. He’s just a cool guy to be around.

“It’s a crazy thing to think about that I’m committed to Florida. It makes me happy everything time I think about it. Knowing that offensive line coach John Hevesy coached the Pouncey brothers, that was a big thing for me too.”

As for what type of player the Gators are getting in Walker.

“I’m the type of person that just want to kill you every play,” he said. “I want to be dominant every play. I do love running the ball when the running back is running behind me.”

Walker was asked, now that he is committed to Florida, if he will continue to look around, or is his recruitment over with?

“No, I’m shutting things down and that’s it,” he said.

Finally, Walker had this message for the Florida fan base.

With the addition of Walker, Florida now has 19 commitments for its 2020 recruiting class.