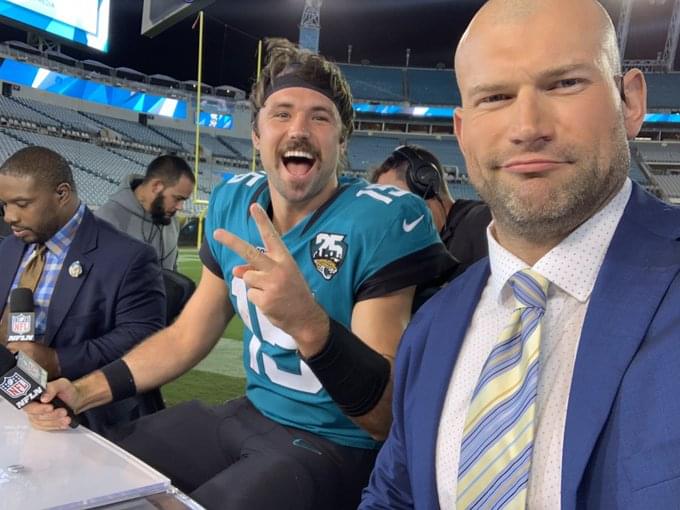 The Jaguars finally have the NFL’s shiny new toy.

They have the most captivating storyline.

No, not Jalen Ramsey’s future destination via trade.

The Jaguars have Gardner Minshew.

A prime-time audience got to see what all the Minshew Mania was about on Thursday night at TIAA Bank Field.

Minshew was in complete command, throwing for two touchdowns without a turnover in a 20-7 win over AFC South rival Tennessee on Thursday night at TIAA Bank Field. The win was a huge momentum boost after an 0-2 start and a trying week in which Ramsey requested a trade on Monday.

“Obviously, it was a good win,” Jaguars coach Doug Marrone said. “I told the players in the locker room it was the longest short week that we’ve had in the NFL.”

Minshew has now started two games and played in three since free-agent signee Nick Foles broke his collarbone in the first quarter of the opener.

Minshew has been a revelation. He has completed 65 of 88 passes (73.9 percent) for 692 yards with five touchdowns and one interception. He’s added 80 yards rushing.

“It’s remarkable, to be honest with you,” Marrone said.

The Jaguars still have at least six more games to watch Minshew’s development before Foles is eligible to return off of injured reserve.

Perhaps this is fool’s gold. It certainly doesn’t feel like it.

Imagine where Minshew will be when the game starts to slow down for him. As impressive as his decision-making is, he is still inexperienced. He’s learning with each snap.

The counterpunch will come, but Minshew shows no signs of not being mentally ready to stay a step ahead of the opponent.

We know what happens when the Jaguars defense gets to play with a double-digit lead.

They thrive. Chaos envelops the opponent.

We just have rarely seen it from the offense.

Minshew took advantage of a special teams spark to lead the Jaguars to a 14-0 lead just over eight minutes into the game.

That was all the defense needed. The Jaguars recorded nine sacks.

The Jaguars got the ball back at their 38 following a Titans punt. Minshew directed a six-play drive that ended when he threw a gorgeous pass into the end zone to receiver DJ Chark for a 22-yard touchdown.

As the final seconds expired, all that was left was for the fans here and around the country to bask in Minshew Mania.

The NFL Network and ESPN couldn’t wait to get a piece of him after the game.

There is a singular buzz in the NFL this morning.

Finally, the Jaguars have the most fascinating young player in the league.

With games coming up against Denver, Carolina, New Orleans (minus Drew Brees), Cincinnati, the New York Jets and Houston, the Jaguars also have a chance to go on a run of victories with their rookie sensation.

Maybe this season will be special after all.