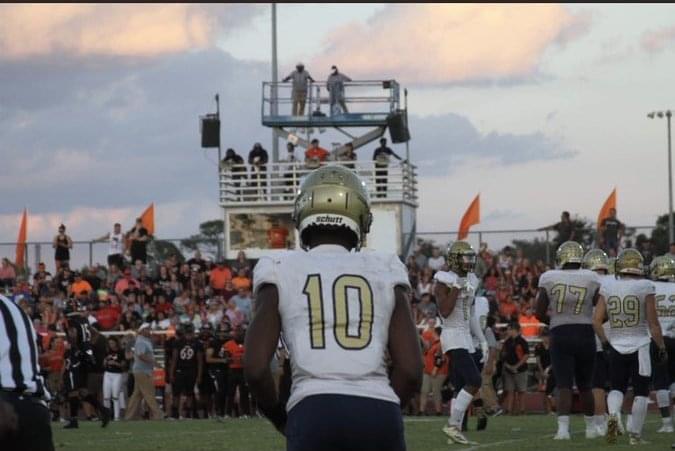 Week five of the 2019 high school football season is here and this week will feature games with county bragging rights on the line.

Here is a look at five of the best games around the Northeast Florida this Friday night.

Both teams have had similar seasons to this point. They have both looked sharp in two of their three contests and both lost handily to Bartram Trail.

Mandarin is coming off a 32-7 defeat to Bartram, while Lee beat Raines for the third year in a row last weekend and has a lot of momentum coming into this game.

Two of the best teams in 3A do battle here as Baldwin, who already has wins over Ridgeview and Westside travels to head coach Mark Brunell and the undefeated Episcopal Eagles.

Episcopal is averaging over 30 points a game on offense in its four victories, while Baldwin has held to of their opponents to under 10 points.

Winner of this game will be in great shape for an early playoff berth.

Bolles is coming off an impressive 28-7 win over St. Augustine and the Bulldogs will be looking for the St. John’s County sweep playing a Creekside team that is one of the early surprises in the area.

Creekside has looked sharp early on with wins over Ribault, Nease and First Coast; a win over Bolles would only add to the growing momentum.

Bolles has won its last two games by a combined score of 71-7 and they are clearly playing their best football of the year heading into this matchup Friday night.

One of the best rivalries in the area will write another chapter on Friday night as the undefeated Bartram Trail Bears take on the St. Augustine Yellow Jackets.

Bartram Trail is arguably the best team in the area right now after dominating wins over Lee and Mandarin early in the season, while St. Augustine is coming off a loss to Bolles and looking to upset, and get a little revenge, on a Bartram Trail team that beat St. Augustine one year ago.

St. John’s County bragging rights are on the line with this one as they normally are.

It’s always interesting to see what a great smaller classification program can do against a team much larger and that’s what we will see in this one on Friday night.

University Christian is one of the best teams in the state in 2A and will certainly be in the mix for a deep playoff run, while First Coast is a 7A program and a pretty accomplished one at that.

Don’t let First Coast’s 1-3 record fool you, they are good with a lot of quality players. Each of their three losses have been by no more than 10 points. It will be a great test for University Christian to see how they stack up with a 7A program.