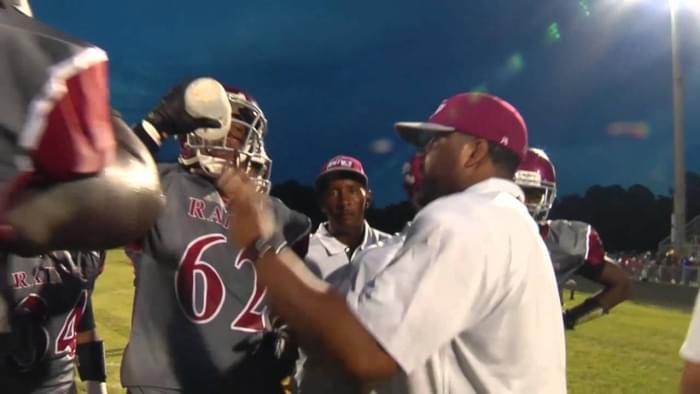 Not many high school football teams can say they have won back-to-back state championships; Raines is one of them. The Vikings head coach Deran Wiley sat down with 1010XL to discuss the achievement.

“I took time to reflect a little bit, but I didn’t enjoy it for long,” Wiley told 1010XL. “I believe in putting pressure on yourself. It makes me prepare and it makes me work even harder because I want to produce.”

“The one thing you have to know about this business is this is a ‘what have you done for me lately business.’ Once the season kicks off, no one is going to remember last year. You have to prepare like that and you have to play like that.

“The staff that we have in place and the players they understand it. So, we are up to the challenge. We just want to come out and establish ourselves and get ready to roll.”

Raines has won consecutive 4A state titles, but now makes the move up to 5A.

“The challenge is going to be much greater and we understand that and that’s half the battle; knowing what you are getting yourself into,” Wiley said. “We have talked about it all off-season and we are looking forward to seeing what 5A brings to the table.”

Moving up to 5A for Raines means now that Raines is in the same district with neighborhood rival Ribault.

“In the district together is the huge thing,” Wiley said. “That game will now have a lot more to it and when you wake up that morning, the sense of urgency will be great because you know what’s at stake. We are going to have to be prepared for that, no doubt.”

Finally, due to incidents of violence which have occurred in recent years at local high school football games, public schools in Duval County will now kick off their home games at 6:00 on Friday nights. Wiley likes the change.