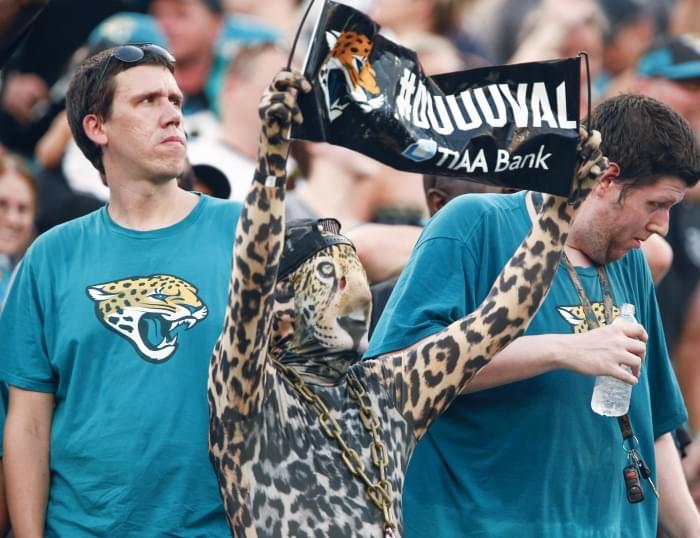 You’ve been warned, but that doesn’t mean you can’t still be interested.

Jaguars coach Doug Marrone tried to minimize the fan disappointment by indicating on Tuesday that no starters will play Thursday night against Philadelphia in the second preseason game.

The exhibition will be the first time these Jaguars have played at home.

Many won’t see the field. We probably shouldn’t expect much after a 29-0 loss at Baltimore to open the preseason.

Still, there are compelling story lines. Here are five players to watch against the Eagles.

Why: The sixth-round rookie looked good in training camp before suffering a dismal outing in Baltimore.
Minshew was 7 of 14 for 46 yards. His arm looked weak and the decisiveness he had shown in practice evaporated.

Minshew bounced back with four good days of practice this week. Jaguars coach Doug Marrone raved about his ability to process information from the classroom and execute it out on the field. He also pointed out Minshew’s toughness. Still, the Jaguars need to see Minshew execute against an opponent.

He’s basically secured the backup job behind starter Nick Foles, but a good performance against Philadelphia would eliminate any talk of the Jaguars perhaps signing a veteran quarterback as their primary Foles insurance.

Why: The Jaguars brass fought back against the narrative that Bryan disappointed in his 36 snaps against the Ravens. He didn’t record a tackle, but Marrone defended Bryan on multiple occasions this week pointing out his penetration into the backfield.

Bryan should get a similar workload of snaps with Marrone resting so many crucial defensive linemen. Bryan has a chance to impress if he can start to finish plays when he does break through the line.

Why: Why wouldn’t you watch him? He’s the first-round pick and he’s been getting better with each passing day. Allen made a tackle for loss against the Ravens in his 20 snaps and put together a good week of practice to follow it up. Marrone says Allen seems to get bigger, faster and stronger every day.

The rookie is clearly starting to figure things out at this level. That’s incredibly exciting for the Jaguars.

Why: McBride caught three passes for 42 yards against the Ravens. He was the lone offensive bright spot in the game. McBride, a fourth-year veteran, has performed well this week in practice.

He’s probably not making the 53-man roster unless there is an injury above him on the depth chart but he’s one to watch against the Eagles.

Why: Marrone got a long look at Richardson against Baltimore. The second-year veteran played 46 snaps, 13 more than any other Jaguars offensive player. Marrone said Richardson was strong in the run game but started to wear out towards the end.

Richardson is clearly in the mix to earn the starting job at right guard, potentially unseating incumbent A.J. Cann. However, Richardson’s ability to challenge Cann might have been disrupted by left guard Andrew Norwell’s quadriceps injury. Richardson has been at left guard in Norwell’s absence.

Marrone has labeled Richardson the story of camp making a “night and day” turnaround from last season. It’s tough to watch offensive linemen, but if you don’t notice Richardson consider that likely a good night for him.