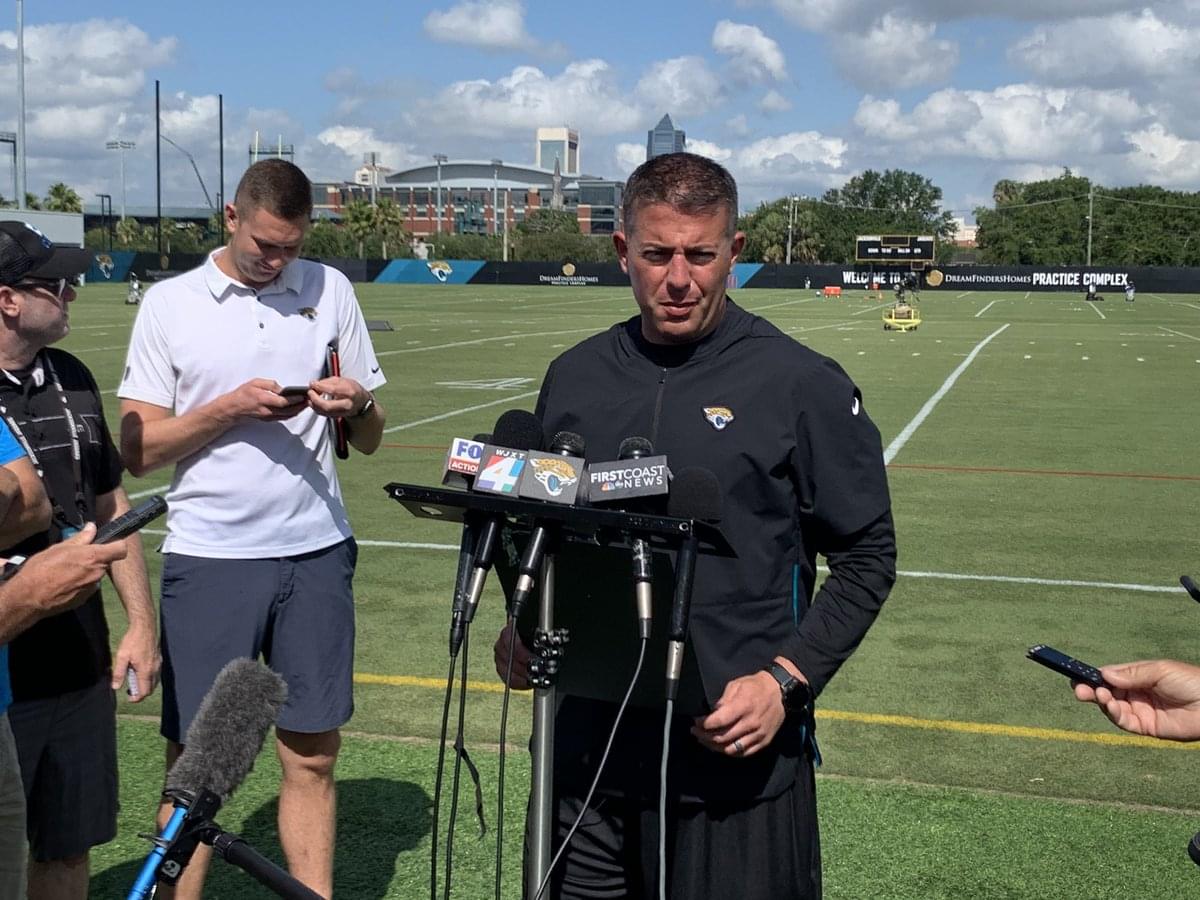 Nick Foles and John DeFilippo won a Super Bowl together in Philadelphia.

Foles was the backup quarterback to Carson Wentz. He took over the offense once Wentz was injured and stunningly led the Eagles to a win over New England in the Super Bowl. DeFilippo was Philadelphia’s quarterbacks coach that season, helping Foles win all five of the meaningful games he started after Wentz got hurt. Foles started in a Week 17 loss to Dallas, but was pulled early since the Eagles had clinched home field.

The two separated last season, with DeFilippo taking over as the offensive coordinator for the Minnesota Vikings. DeFilippo was fired from his post by Vikings coach Mike Zimmer on Dec. 11 with Minnesota holding a 6-6-1 record.

Five days later, Foles was back as Philadelphia’s starting quarterback after another Wentz injury. He led the Eagles to three consecutive wins to make the playoffs, followed by a wild-card win at Chicago before losing at New Orleans.

Now, Foles and Flip are both Jaguars. Coach Doug Marrone hired DeFilippo to be his offensive coordinator on Jan. 16. Foles was signed on the first day of free agency six weeks later.

“Obviously, I had a little bit of insider information having coached Nick and gone through a lot of things with Nick,” DeFilippo said.

“Coach DeFilippo is someone that I’ve been on the biggest stage with,” Foles said. “We have gone through so much together. We know each other’s personalities. He knows how I like to play the game, what my tendencies are. We know how to work together, so that is something that is great. When you go into a new team, it is not always that way where you are familiar with someone. I am really familiar with Flip, so I’m excited about that.”

“I think his footwork has continued to get better,” DeFilippo said. “You see a much more confident player.”

“It’s a great compliment,” Foles said. “It’s something that I’m not satisfied with – my feet. Every time we work on drills, I’m always thinking about my feet. What feels right with the throws, the rhythm of the play. Maybe if an end rushes up field, stepping up, staying balanced, getting my hips around, stuff like that. It just means I’m heading in the right direction, but still have a long ways to go.”

On first impression, the two have a brotherly relationship. The 41-year-old DeFilippo is 11 years older than Foles. DeFilippo was asked if he and Foles have a bond for life.

“It’s hard to say it’s not,” DeFilippo said. “We see the game very similarly. We see life very similarly. We both love our families. We both love golf. We have a lot of the same things in common. It was such a special unique deal in the way that whole thing went down in Philadelphia that it’s hard not to. Whether we won a Super Bowl or not, I would like to think that our friendship would be strong no matter what.”

So, who is the better golfer?

“Nick, and he’s the annoying golfer,” DeFilippo said. “He’s the guy that picked up the game a year and a half ago and shoots in the low ‘80s. I’m the guy who has been playing since I was 11 and shooting in the mid-to-high ‘80s.”

“You know what, Flip is just being nice,” Foles said. “I’ll be honest. I have played golf in and out throughout my life and not a lot these last eight years. I started picking it up more this offseason.”
DeFilippo said he and Foles stayed close after he left Philadelphia for the Vikings.

“He and I stayed in touch, more than any other player on the Eagles offense, after I left for my brief stint there in Minnesota,” DeFilippo said. “We kind of see stuff the same way, see life the same way, so it’s easy.”

Foles is encouraged by how the offensive installation is progressing early in OTAs. He said that while the Jaguars offense is similar to what he ran in Philadelphia, there are differences.

“There is obviously a lot of new stuff,” Foles said. “We have been able to go through the install a few times and Flip does a great job of describing it. … Guys are just doing a good job of picking up the installations. We still have a ways to go. I still have a ways to go. There is still so much for me to learn. I like where we are now. I just want to get better this afternoon and tomorrow.”

Foles and DeFilippo don’t have the offensive weapons around them that they enjoyed in Philadelphia. However, the Jaguars defense should be among the best in the NFL to give them some serious slack.

If Foles and DeFilippo can consistently find a way to score 24 points a game this fall, this could be a special season in Jacksonville. The Jaguars held their opponent to fewer than 24 points in 10 games last season and gave up exactly 24 points twice.

Hopefully, Foles and Flip will have Jaguars triumphs to relive on the golf course in future years.