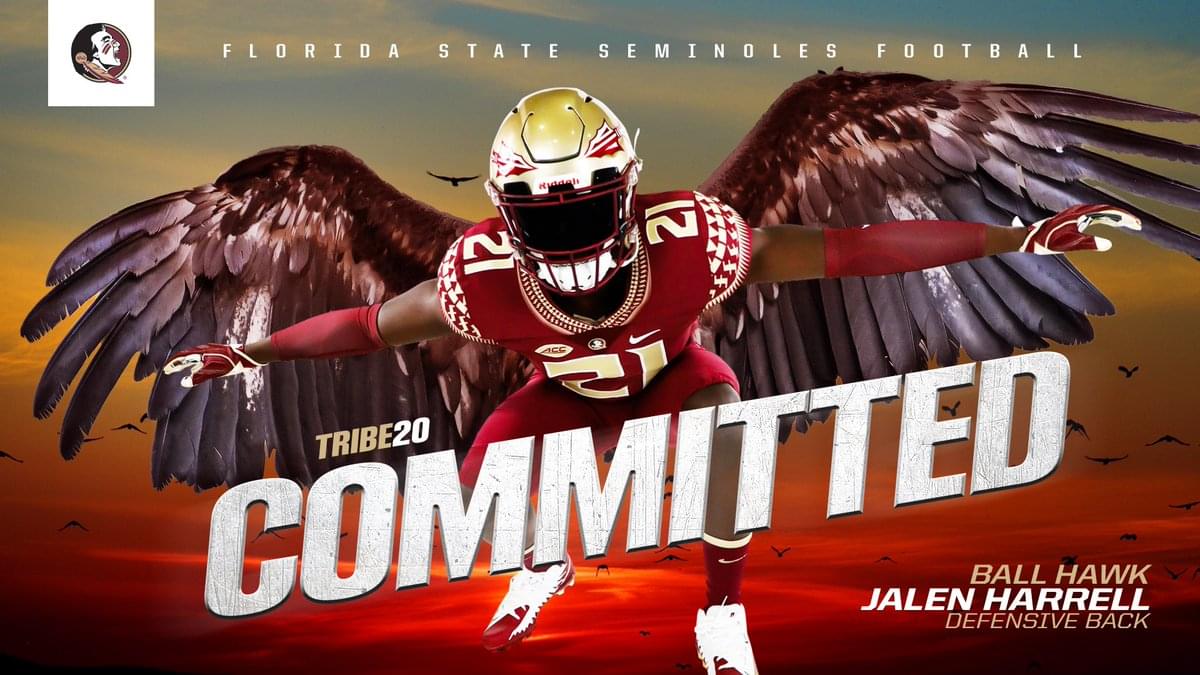 This past weekend was a good one on the recruiting trail for Florida State. The Seminoles received two commitments including a pledge from four-star defensive back Jalen Harrell out of Miami Central.

“I was just thinking about the visit that I had a couple months ago and it was just a different feel at Florida State,” Harrell told 1010XL. “It was just a family atmosphere there that felt like home. It’s just a blessing to be able to have this opportunity and I’m glad to be a part of it.”

Harrell was asked about committing to a program like Florida State with a great defensive back tradition.

“It’s huge because a lot of the defensive backs that I look up to went to that program,” Harrell said. “To know that I will have the opportunity to leave my mark is a blessing as well.”

Who were some of those defensive backs Harrell looked up to?

“Jalen Ramsay and Xavier Rhodes,” Harrell said. “They both got that swagger and they just remind me of myself and what I could become if I polish everything up. They are built like me, they are physical and they just got that swag, especially Jalen Ramsey.”

Harrell (6-foot-2, 180 pounds) is among the top 25 cornerback prospects in the country. He committed to Florida State over offers from Clemson, Louisville, Miami, Tennessee and others.

Harrell’s relationship with Willie Taggart had a lot to do with his commitment.

“He’s straight up and honest,” Harrell said regarding Taggart. “He talks about things more than football, like networking and things like that. A lot of coaches are not as straight up as him and he’s a family guy as well.”

Being from Miami, Harrell does admit it has been an issue with Hurricane fans after he committed to Florida State.

“It’s aggravating, I mean of course people are going to talk, but it’s not their decision, it’s mine.”

Harrell was asked what type of defensive back Florida State is getting with him.

“They are getting a physical, big corner,” Harrell said. “I can play multiple positions in the secondary. I can play safety and a lot of people say that I have the frame of a safety, but I can run with receivers as well.”

Finally, now that he is committed, does Harrell plan on shutting his recruitment down?

Harrell was joined by three-star defensive end Josh Griffis, (IMG Academy) as commitments that Florida State has added to their 2020 recruiting class in the past week.